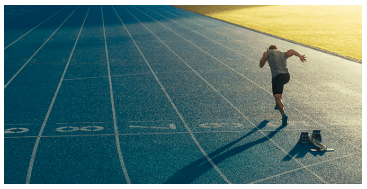 As expected, the Fed decided to cut rates by 25 basis points. Additionally, in its announcement, the Fed removed the language that stated it would "act as appropriate to sustain the expansion." This was a change that many expected and some feared, as it suggests a higher hurdle to cut rates going forward. I worried that the removal of this language in the Fed announcement could have been negative for stocks. After all, expectations were relatively high that the Fed would cut rates again.

However, Fed Chair Jay Powell did something very significant at the press conference: He assured markets that the Fed will not raise rates until inflation increases significantly - which seems very unlikely any time soon given the data we have been seeing. Essentially, this gives stocks free rein to perform as they will without the concern that the Fed will unexpectedly tighten its grip. The result was a rally for stocks. From the time that the press conference started on the afternoon of Oct. 30 through end of day Nov. 1, the S&P 500 Index rose 1.06%.1

Is the stock market rally sustainable?

As I have said before, monetary policy can have a more positive impact on asset prices than on the general economy, and I believe that will continue to be the case going forward. The rally we experienced last week after Powell's press conference could very well continue. At the very least, I expect a strong positive bias for stocks in the coming weeks.

Of course, that begs the question of what could possibly derail a Fed-induced rally. The following are several possible factors:

Despite the potential rally-stoppers described above, what happened last week at Powell's press conference was nothing to sneeze at. Make no mistake - the Fed has loosened its grip and given US stocks free rein to run as we head into the end of the year.

All investing involves risk, including the risk of loss.

A basis point is one-hundredth of a percentage point.

The S&P 500® Index is an unmanaged index considered representative of the US stock market.

The Chicago Business BarometerTM is a weighted composite indicator made up of five sub-indicators, namely New Orders, Production, Employment, Order Backlogs and Supplier Deliveries. It is designed to predict future changes in gross domestic product (GDP). Survey data is collected online each month from manufacturing and non-manufacturing firms in the Chicago area.

The Purchasing Managers Index (PMI), a commonly cited indicator of the manufacturing sectors' economic health, is calculated by the Institute of Supply Management in the US.

The opinions referenced above are those of the author as of Nov. 4, 2019. These comments should not be construed as recommendations, but as an illustration of broader themes. Forward-looking statements are not guarantees of future results. They involve risks, uncertainties and assumptions; there can be no assurance that actual results will not differ materially from expectations.

The Fed gives stocks free rein to run. Can the rally continue? by Invesco US

Kristina Hooper
1.42K Followers
Kristina Hooper, CFP, CAIA, CIMA, ChFC, is Global Market Strategist at Invesco US. She earned a B.A. from Wellesley College, a J.D. from Pace Law and an M.B.A. in finance from NYU, where she was a teaching fellow in macroeconomics.
Follow
8 Comments
To ensure this doesn’t happen in the future, please enable Javascript and cookies in your browser.
Is this happening to you frequently? Please report it on our feedback forum.
If you have an ad-blocker enabled you may be blocked from proceeding. Please disable your ad-blocker and refresh.