BKEP is set up as a master limited partnership, which is a structure wherein a limited partnership trades on public exchanges. MLPs provide various tax advantages and investors generally enjoy high yields. On the other hand, MLPs have historically underperformed due to distribution cuts and high debt loads. Blueknight's general partner is wholly-owned by Ergon, a private company headquartered in Jackson, MI, which means that Ergon controls BKEP's operations (page 3 of 10-K).

Shares of Blueknight have cratered over the past few years and are now trading at just above $1 due to failed projects, concerns over its MLP structure, and worries about a distribution cut (BKEP's current dividend yield based on annualized payout is 13.7%). In our view, BKEP shares present a long-term buying opportunity due to its attractive assets and excessive market pessimism. 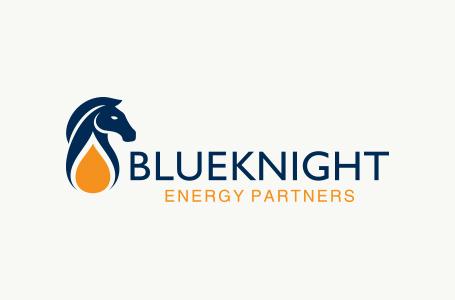 Blueknight owns the following assets which are responsible for generating the bulk of its revenue:

Assigning values to Blueknight's assets is a difficult endeavor since they are not very liquid and sales occur irregularly. However, note that CVR Energy sold its 1.5 million barrel terminal in Cushing for $36 million. This implies a per barrel price of $24, which further implies a total value of $165.6 million for BKEP's Cushing assets (6.9 million barrels x $24/barrel).

This brings the total value of BKEP's hard assets to $865 million, which is substantially higher than the company's enterprise value (this valuation implies a market capitalization twice as high as current levels).

This analysis admittedly contains a number of speculative estimates given that it is difficult to know exactly how much Ergon/Blueknight could fetch for the asphalt terminals. However, we believe that looking at prior transactions provides a reasonable baseline to base one's assumptions.

One of the reasons why the market is pessimistic on BKEP is because the company currently has a very high debt load (long-term financial debt is currently at $261.6 million). Interest expense in 2018 sits at ~$18 million while adjusted EBITDA for the year came in at $60.3 million, which brings BKEP's net debt/EBITDA multiple to 4.3x.

Although BKEP's current debt profile looks unsustainable, it has several levers it can pull to reduce its debt and finance its interest expense. Specifically, management could choose to temporarily suspend distributions. The company paid $47.2, $49.2, and $44.7 million in annual distributions to investors in fiscal years 2016, 2017 and 2018, respectively.

Although BKEP cut its quarterly distribution on its common units from $0.08 to $0.04 per unit in April of this year, the company still pays out roughly ~$8 million in quarterly distributions. Management could temporarily suspend these distributions in order to pay off some of its high debt load and/or repurchase common shares on the open market, which would put the company in a significantly improved financial position and breathe some life into shares.

BKEP announced in August that Ergon had made a buyout offer for common and preferred unit holders, offering $1.35/share for common units (BKEP) and $5.67/share for preferred shares. Ergon subsequently pulled the offer after it failed to reach an agreement with BKEP's conflicts committee, which consists of three independent directors. The goal of this committee is "to review matters that the directors believe may involve conflicts of interest" (page 68 of 10-K).

We are cautiously optimistic about BKEP because management has significant flexibility and various options to improve shareholder value, which include suspending distributions in order to allocate capital elsewhere; selling all or part of its Cushing oil terminals; and working to turn around the company's operational performance.

We will continue to monitor the company's progress and will update readers via articles on this site. Please feel free to reach out with any questions or comments either via the comments section or email (email address is located in our SA bio) and thanks for reading.

Edwin Kye
957 Followers
B.A. in economics from Cornell. Articles are primarily about retail and consumer companies. I don't actively publish anymore but please feel free to email edwinkye97@gmail.com with thoughts on prior ones. Thanks

Disclosure: I am/we are long BKEP. I wrote this article myself, and it expresses my own opinions. I am not receiving compensation for it (other than from Seeking Alpha). I have no business relationship with any company whose stock is mentioned in this article.