The world’s regulators have decided to assist the suicide of the world’s most important interest rate index, LIBOR.

For dollar-denominated assets, the Fed has promoted its own LIBOR replacement, the secured overnight financing rate (SOFR).

However, the Fed has allowed its ambition for commercial banks to adopt SOFR to affect monetary policy.

If the Fed would simply provide the SOFR option for replacing LIBOR without insisting that it become dominant, the Fed could regain control of monetary policy.

The LIBOR market; the tiny tail that wags the big dog. UK's Financial Conduct Authority (FCA) publicly entered the controversy surrounding LIBOR in a speech given by Andrew Bailey on June 27, 2017. Bailey pointed out that the market for London branch deposits, the market where LIBOR is determined, has become inactive, forcing chosen "panel" banks to provide LIBOR building blocks, an estimate of their cost of money not based on transactions. The banks do not know their cost of money now that the London wholesale dollar market is moribund. They make a guess.

This guesswork worries the banks on the LIBOR panel since they cannot prove that they do not manipulate their submissions; creating a legal liability that has, to date, cost them billions in legal settlements. These banks have nonetheless reluctantly agreed to continue submitting LIBOR estimates, but the FCA has also agreed to release them from that commitment in 2021.

As the 2021 deadline approaches, the dialog surrounding the question, "What will replace LIBOR?" becomes more interesting. Too interesting. This article makes the case for regulatory passivity. Don't foist a regulator-chosen index on the market. Let the marketplace for money decide how to replace LIBOR for itself.

Having shed regulatory light on the jeopardy that the financial world faces - the possibility that trillions of dollars in financial commitments using LIBOR in their payment calculation will soon have nowhere to go for valuation - the American regulatory agencies then provided a dollar-based alternative, the secured overnight financing rate (SOFR), a version of the overnight repurchase agreement (repo) rate.

However, the regulators should consider making SOFR one of many options, not the only one. Building a LIBOR replacement, by itself, is a desirable, market supportive, activity. Moreover, if the Fed put no pressure on the markets to replace LIBOR with SOFR, monetary policy would not be hostage to the stability of SOFR.

Unfortunately, the LIBOR replacement dialogue is taking an increasingly strident tone. The regulators are taking positions that are more rigid. In the words of John Williams, President of the New York Fed:

Some say only two things in life are guaranteed: death and taxes. But I say there are actually three: death, taxes and the end of Libor…

Every time the subject raises its head in the media, it seems the debate's intensity has reached a new, higher level. In the last week of October, the humble repo became the subject of Presidential politics, spinning the significance of repo out of control beyond my worst nightmare. 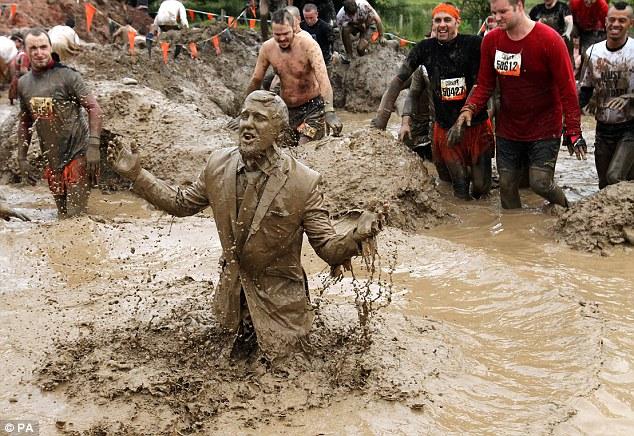 Insisting that the market adopts SOFR is a disastrous path. Regulators have never before set bank lending rates. Unless regulators intend to assume responsibility for the risk that SOFR indexing may create financial institution instability, or affect credit conditions throughout the economy unintentionally, regulators might reconsider this approach.

Bankers and borrowers are concerned that a regulator-chosen change from LIBOR to SOFR will disrupt the markets that use LIBOR to price financial obligations. More importantly, the change might negatively affect the availability of credit. In September of this year, 10 executives at US regional banks wrote a letter to regulators that warned of negative consequences to replacing LIBOR with SOFR, stating:

during economic stress, SOFR (unlike LIBOR) will likely decrease disproportionately relative to other market rates as investors seek the safe haven of U.S. Treasury securities. The natural consequence of these forces will either be a reduction in the willingness of lenders to provide credit in a SOFR-only environment, particularly during periods of economic stress, and/or an increase in credit pricing through the cycle…

In other words, choosing SOFR might reduce economic growth.

After LIBOR dies, there is no liquid, three- or six-month term, unsecured, instrument that provides a market consensus of the cost of money, now that LIBOR panel banks have dropped their crown into the dust.

Keeping LIBOR is still an option

ICE LIBOR Administration, a subsidiary of the Intercontinental Exchange (NYSE:ICE), still assembles LIBOR from the submissions of the panel banks. For their part, ICE intends to go on providing LIBOR into 2022. They inform us thus:

The primary goal of IBA's work in seeking to obtain sufficient banking industry support to continue to publish certain widely-used LIBOR settings after year-end 2021 is to provide these settings to users with outstanding LIBOR-linked contracts that are impossible or impractical to modify. Any such settings will need to be compliant with relevant regulations and in particular those regarding representativeness.

Other possible LIBOR replacement choices: All proposed LIBOR replacements have flaws. The problems of SOFR are displayed clearly, here, here, and here. Other alternatives, such as Richard Sandor's AMERIBOR, Intercontinental Exchange's ICE LIBOR, and my self-settling debt futures, are untested. Every proposed alternative has evident risks. In other words, there is no alternative to SOFR that is an obvious improvement.

On the one hand, the Fed's right hand has begun to withdraw from its post-Crisis method of monetary policy management, called Quantitative Easing (using a bank balance sheet item, excess reserves, to implement policy), The Fed wants to move back to the pre-Crisis method, managing policy with the fed funds rate (the overnight rate that banks charge each other for reserves needed to meet regulatory requirements.) However, the massive quantities of interest-bearing excess reserves still held by commercial banks make the fed funds rate irrelevant. The unfortunate result is that the repo rate is suddenly the only short-term rate in town. It has become the de facto Fed policy instrument.

On the other hand, the Fed's left hand was meanwhile intent on replacing LIBOR. The repo market seemed to be the best answer. It is large and liquid, with market-driven transaction data the Fed can collect. The fateful mistake was the Fed's conclusion from the then market-determined repo rate that this market would never be manipulated.

However, SOFR gained national attention at the end of September, when it suddenly exploded, moving from averages of less than 2% to rates as high as 5% over a two-week period. The surprise was not the run-up of SOFR; the surprise was the Fed's draconian reaction.

SOFR's bad behavior had the disastrous effect of inducing the Fed to inject substantially more excess reserves, easing monetary policy to protect SOFR's candidacy for LIBOR replacement-ship. The Fed has intervened in the repo market regularly since the SOFR run-up, backing away from its resolution to reduce the supply of excess reserves. The Fed is countering the SOFR run-up by rebutting objections that SOFR is too volatile, putting lipstick on the repo pig.

But why? The repo run-up is nothing new. There were many run-ups in overnight rates like repo and fed funds during the era prior to the Financial Crisis of 2007-2008, when short-term overnight rate run-ups for corporate window-dressing purposes were understood to be an implication of the use of an overnight rate as a policy instrument. The Fed's interest rate target was the weekly average of the fed funds rate. The Fed (and the banks) were comfortable with run-ups in the fed funds rate on an intraday basis since these events had little effect on the weekly average that was the Fed's target. Nor were Fed reserves injections during run-ups defended as anything other than a brief technical adjustment. There were no forecasts of continuing injections. Thus adjustments for corporate window-dressing were policy-neutral temporary measures.

Now, responding to the surprise sudden national attention on SOFR, the Fed has subordinated monetary policy to a show of SOFR stability. The Fed has become the SOFR manipulator.

The Regulators should exit the LIBOR replacement debate

There are two good reasons for regulators to be patient, taking a more laissez-faire attitude. First, there is no existing candidate for LIBOR replacement without serious flaws, now that SOFR is Fed-manipulated. Second, the Fed need not compromise monetary policy if the banks choose SOFR without pressure from regulators.

The Fed does not need to defend the behavior of an interest rate it has not chosen to be the dominant loan index. Let the invisible hand rule LIBOR replacement.

Follow Kurt Dew and get email alerts
+
Add a comment
Disagree with this article? Submit your own.
To report a factual error in this article, click here.
Your feedback matters to us!