The company posted all-time record revenues of $20.4 million, exceeding the $18.4 million in revenues that Wall Street analyst consensus figures anticipated. In addition Wall Street was expecting the company to post a (0.02) cent loss for the quarter. Instead, CELH posted a net profit of 0.03 cents per share.

There are currently three Wall Street analysts that cover CELH in their research universe. Their current 12-month price target for Celsius Holdings, Inc. is $9.67 per share. That would translate into a better than a 149% gain from current levels of around $4.00 per share.

To put that into perspective, CELH reported the following revenues over the last four years:

Using a Compound Annual Growth Rate (OTC:CAGR) calculator, and assuming FY 2019 revenues do meet analyst's forecast of $70.6 million (we expect this full-year number to be modestly higher), we see that Celsius Holdings revenues show a 5-year CAGR of 32.61%.

That is some very impressive revenue growth. The question is, has Wall Street rewarded the shares of CELH accordingly? At a current share price of $3.98 and multiplying the share price by the number of shares currently outstanding of 68,875,257, we come up with a total market capitalization of $274,123,523.

Assuming full-year revenues of $71 million, Celsius Holdings Inc. would end the year with a price-to-sales ratio of 3.86x.

Since Monster Beverage Corporation (MNST) seems to be everybody's favorite non-alcoholic beverage stock to compare to other energy drink companies, we decided to take a look at some of the more relevant numbers between CELH and MNST.

Using the CSI Market website we decided to do a comparison of some of the more popular metrics available for both companies. We found the following information comparing Celsius Holdings, Inc. to Monster Beverage Corporation.

Monster Beverage shows YoY revenue growth of 8.68% according to CSI. More importantly, sequential revenue growth appears to be slowing; only coming in at 2.26% for the trailing twelve months ending in Q2 (the last available CSI numbers)

Celsius Holdings, on the other hand, is showing YoY revenue growth of a whopping 73.39% according to CSI figures ending in Q2. Sequential revenue growth is also higher than Monster's, showing 12.4% for the TTM ending in Q2 of 2019.

Now let's take a look at valuation, based on price-to-sales for both companies.

Celsius Holdings, on the other hand, is showing that its TTM price-to-sales number ending in Q2 was 3.69x.

In other words, Celsius Holdings is growing revenues much faster than Monster Beverage (73.39% vs. 8.68%) yet its price-to-sales ratio, when used as a valuation metric shows that Celsius is only valued at roughly one-half of Monster (3.69x vs. 7.78X).

Granted, it is important to remember that these are only a few of the many metrics available to use in analyzing companies, and that given the low base for CELH revenues, it is much easier to produce larger gains when comparing quarterly and/or annual numbers versus a more established record going back many years.

Still, there can be no question that CELH is growing revenues at a phenomenal pace. The fact that the company is getting little, or no, respect for its financial performance is baffling to us.

We would encourage investors to look beyond revenues and valuation metrics and dig deeper into much of the news surrounding recent accomplishments that the company has enjoyed, which we believe should lead to even stronger revenue growth in FY 2020.

Recent news items, of special interest, that could meaningfully impact revenues for FY 2020 include the acquisition of Func Food Group Oyj for a little over 1x annual revenues. This acquisition will open up additional International markets in the European Union and provide cross-selling opportunities to expand Celsius's healthy product offerings.

In addition, Celsius continues to build out a National DSD network to enhance distribution in the United States. Major distribution wins include a recently announced contract with Kroger, the nation's largest grocery retailer and continuing expansion with mega-distributor affiliates of Anheuser-Busch, Miller-Coors, PepsiCo, and Keurig-Dr. Pepper.

We should mention that there are a couple of industry dynamics at work which have negatively impacted the traditional names in the energy drink category; names such as Monster, Red Bull Rockstar, AMP, Full Throttle & NOS.

These traditional “old-guard” names in the energy drink space are starting to feel increased competition from newer, upstart, entrants in the beverage industry’s energy drink category. As consumers continue to gravitate away from the traditional sugar-laden energy drink,s that have been a staple for those needing an extra kick first thing in the morning, or later in the day when the mid-afternoon lull begins to set in, consumers have been opting for more healthy, functional alternatives.

It is interesting to note that in Monster’s Q2 conference call, MNST CEO Rodney Sacks made mention of the falling sales of some the more traditional energy drink players, and acknowledged that companies in the new performance energy category are taking shelf space away at the expense of the traditional old-guard names.

Here are some excerpts taken directly from Monster Beverage Corporations Q2 conference call which took place on August 7, 2019. We have provided a link to the transcript of this call.

Mr. Sacks referenced sales data for the most recent 13-week period. That data showed that:

Sales of Monster were down 1.4%

Sales of Rockstar decreased by 14.4%;

For the most recent four-week period, in the convenience and gas channel, he noted that sales results versus the same period in the previous year showed that:

Sales of Monster decreased by 3.9%

Sales of Rockstar were down 18%

Mr. Sacks went on to say, later in the call, during the Q&A session that:

It looks as if this declining market share trend continued, as evidenced by comments in Monster’s Q3 results. The area that appeared to have been most negatively impacted were MNST’s sales in North America.

In prepared remarks, by Monster’s CFO Hilton Schlosberg, he noted that:

According to the Nielsen reports for the 13 weeks through October 26 2019, we saw the following sales data:

Sales of Rockstar decreased by 10.8%.

Sales of 5-hour decreased 9% and sales of

In addition, he commented that according to Nielsen for the 4 weeks ended October 26 2019, versus the same period in the previous year:

Sales of Monster decreased by 5%

As the above comments clearly show, there is a tectonic shift taking place in the energy drink business.

While the overall market for energy drinks continues to experience organic growth, the landscape is changing in terms of both new players entering the market and the impact that these newer functional performance energy category brands are having on market share statistics.

There has been a decade-long macro-trend taking place among consumers, who are moving away from the traditional carbonated, high fructose corn syrup beverages that have long dominated the beverage industry to other healthier, functional alternatives like teas, sparkling waters and other non-traditional beverage choices.

In the same way, the energy drink market is experiencing an evolution among consumers.

There is a growing trend, as evidenced by declining sales numbers from traditional, old-guard names that shows more and more energy drink buyers are moving away from what were once iconic brands to newer offerings in the marketplace by a few innovative, smaller companies, who recognize shifting consumer preferences in this all-important beverage category.

Unfortunately, for investors, many of these newer entrants remain private companies. One exception is Celsius Holdings, Inc. which is a publicly-traded company, listed on the NASDAQ under the ticker symbol CELH.

We have written about Celsius Holdings, Inc. extensively over the past five years on Seeking Alpha.

There are a small number of investors who decided to take a position in the shares of CELH early-on, and have participated in what-so-far has been a rather unique growth story. The company has even attracted some well-known entrepreneurs, including former Rexall-Sundown CEO and South-Florida businessman Carl DeSantis along with Asia’s wealthiest individual Li-Ka Shing.

However, as important as that may seem, until CELH gets on the radar screens of more and more investors and Wall Street analysts the company will likely remain the Rodney Dangerfield of Wall Street. 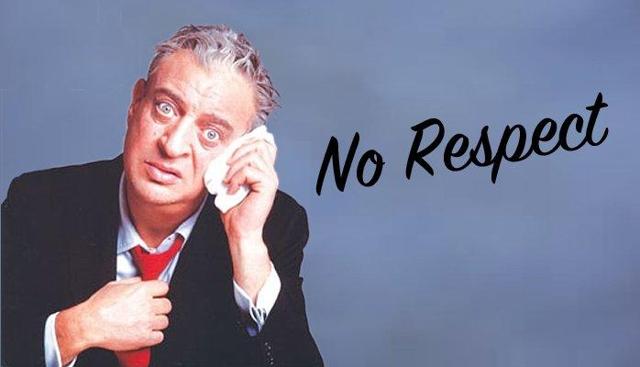 Altitrade Partners
3.42K Followers
My investment experience includes a Wall Street career spanning over 35 years. I am retired now, and spend my time as a full-time trader and investor. I especially enjoy the research process and am always looking for the next big ten-bagger. My focus is on small caps, undiscovered companies and special situations.

Disclosure: I am/we are long CELH. I wrote this article myself, and it expresses my own opinions. I am not receiving compensation for it. I have no business relationship with any company whose stock is mentioned in this article.