A pair of fatal accidents in late 2018 and early 2019 involving the Boeing (NYSE:BA) 737 MAX have sullied Boeing's reputation. The subsequent grounding of the 737 MAX has caused enormous financial harm to airlines that had ordered the latest version of Boeing's workhorse jet model.

Top customer Southwest Airlines (NYSE:LUV) has felt some of the greatest effects. Last month, management said that the grounding had cost the company $435 million of operating income between mid-March and the end of September. Given that Southwest recently extended the grounding of its 737 MAX fleet until at least March 6, 2020, those losses will continue to mount.

Not surprisingly, this crisis is forcing Southwest Airlines to rethink its loyalty to Boeing (and to the 737 MAX in particular). CEO Gary Kelly has said that the airline will reevaluate the merits of its decades-old strategy of operating a single fleet type. That evaluation could lead to a decision to add a second fleet type to the mix. Many industry pundits agree that Southwest needs to diversify away from the 737 (especially the 737 MAX). However, despite the Boeing 737 MAX's current reputational woes, Southwest should not change its fleet strategy anytime soon.

Two primary concerns about the 737 MAX

There are two main reasons why Southwest Airlines might want to diversify its fleet away from the 737 MAX. 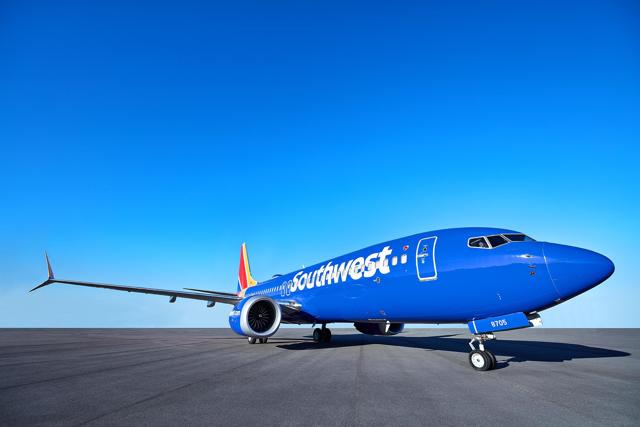 The first one is more obvious. The two 737 MAX crashes have sapped the public's trust in Boeing. A series of consumer surveys have shown that a substantial number of people would avoid the 737 MAX at all costs, and many more would pay a premium to fly a different aircraft type.

While surveys are notoriously unreliable at divining respondents' true intentions, these responses are still concerning. In fact, in one recent survey, 12% of respondents said they would never be willing to fly on a Boeing 737 MAX, even if it had returned to the sky and operated safely for years. Most people don't take such an extreme view, but it seems clear that a lot of travelers will avoid the 737 MAX when it first returns to service.

The second reason for diversifying is that the smallest variant of the Boeing 737 MAX -- the 737 MAX 7 -- isn't very efficient. Initially, Boeing had planned for the 737 MAX 7 to be a direct successor to the 737-700 model that is the backbone of Southwest's fleet. However, in 2016, it redesigned the 737 MAX 7 as a simple shrink of the 737 MAX 8 rather than a fully optimized variant. That decision gave the 737 MAX 7 impressive range and room for up to two additional rows of seating, at the cost of higher fuel consumption and higher landing fees.

Southwest Airlines needs a plane in the 130 to 150 seat range to serve lower density markets, but there are much better options available for that mission than the 737 MAX 7. There will always be some tension between selecting the optimal plane for each route and maintaining commonality to reduce complexity. However, the tradeoff is particularly severe in this case. 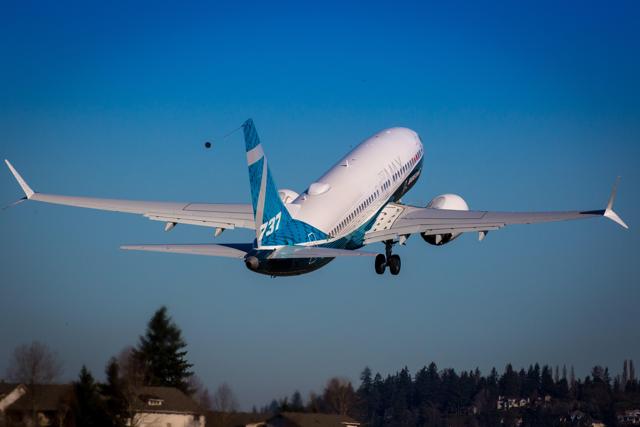 The 737 MAX will regain acceptance over time

Objectively, the Boeing 737 MAX is likely to be one of the safest aircraft in the air when it returns, for the simple reason that it will have faced far more scrutiny than any other aircraft model in recent history. Of course, this doesn't mean the traveling public will see things that way. Boeing's faulty MCAS system and allegations that it cut corners on safety in order to boost profits have seriously damaged the aerospace giant's credibility.

As a result, it is reasonable to expect that 737 MAX operators will face a revenue headwind during the first year or so after the type returns to service, due to many travelers being reluctant (or outright unwilling) to fly the 737 MAX. That said, Southwest Airlines will have opportunities to mitigate the potential headwind.

For example, Southwest's spring schedule indicates that it will mainly schedule the 737 MAX 8 on longer-haul routes. This will maximize the benefit of the new model's fuel efficiency, while minimizing the number of passengers who have to travel on the 737 MAX. (The longer distances mean that the 737 MAX fleet may average only three flights a day, compared to an average of about six flights a day for the rest of the fleet.) Additionally, in many cases, Southwest is deploying the 737 MAX 8 side by side with 737-700s and 737-800s on high-frequency routes, giving customers who don't want to fly on the 737 MAX the option to avoid that model.

Over time, fears about the Boeing 737 MAX's safety will almost certainly fade, with customer preferences returning to a more normal state. For example, customer outrage was widespread after United Airlines' (UAL) infamous 2017 "passenger-dragging" incident, but the reputational damage faded quickly. During the past two years, United has made solid market share gains in the U.S.

Fleet diversification would be slow, limiting its worth

There aren't many alternatives to the Boeing 737 MAX if Southwest Airlines wants to branch out. As Jon Ostrower of The Air Current recently described (subscription required), Southwest requires each plane to be capable of flowing throughout the airline's full route network, which means that the Embraer (ERJ) E195-E2 doesn't offer enough range to be a viable option.

Meanwhile, Airbus' (OTCPK:EADSY) A320neo family has a massive order backlog, so it would take many years to build up a fleet big enough to justify the added complexity. Moreover, while the smaller A319neo model is somewhat better for low-density routes than the 737 MAX 7, it isn't state-of-the-art either. Thus, the upside from fleet diversification would be minimal. 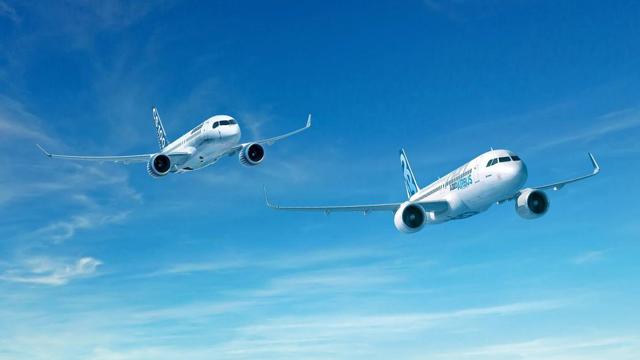 The Airbus A220 family, and particularly the larger A220-300 variant, would have much more to offer. As a clean-sheet design, the A220-300 offers excellent range, unparalleled fuel efficiency for its size, and low maintenance costs. However, in response to a trade complaint by Boeing, Airbus is building all A220-300s destined for the U.S. market at a new facility in Alabama rather than importing them from Canada.

Airbus expects to build 40 to 50 A220s annually at its Mobile, Alabama plant by the mid-2020s. Based on that planned production rate, the A220-300 is nearly sold out for the U.S. market until 2025. If existing customers exercise all of their options, the wait time could grow even longer. Unless Airbus finds a way to dramatically increase U.S. production of the A220-300 or decides to start importing some from Canada, that model does not seem like a realistic option for Southwest.

In theory, Southwest Airlines could speed up a fleet diversification strategy by acquiring a smaller airline. However, the cost and risk of integrating two airlines (not to mention potential antitrust objections) would make this a dubious move.

Patience is the best strategy

Many industry observers believe that the 737 MAX's poor reputation will force Boeing to speed up the development of a replacement. Whereas the previous consensus was that a 737 MAX replacement would be introduced around 2030, Boeing is now considering having a 737 MAX successor (codenamed FSA, or Future Small Airplane) ready as soon as 2027. This is a potential game changer for Southwest.

As discussed above, the unit revenue headwind from operating the 737 MAX is likely to fade quickly. Additionally, two-thirds of Southwest's fleet of 737-700s were built in 2003 or thereafter. Based on the typical 25-year operating lifespan of a commercial jet, those planes should last until at least the late 2020s. As a result, the lack of a good 737-700 replacement is not an urgent problem. For the time being, it makes sense to shift more of Southwest's fleet to the 175-seat 737-800 and 737 MAX 8 models anyway, due to their lower unit costs.

Given that the FSA could be available when the bulk of the 737-700 replacements would need to occur, diversifying the fleet today makes less sense. The FSA may offer Southwest Airlines the best of all worlds: a variant optimized for the 130-150 seat market that shares commonality with a larger variant to replace the 737 MAX 8. Furthermore, as a clean-sheet design, the Boeing FSA would likely be more efficient than any of the options on the market today.

If Southwest were simply choosing between moving to an all-737 MAX fleet or splitting its fleet between the 737 MAX 8 and an optimized smaller plane like the A220-300, the added costs and complexity of a split fleet might be justifiable. But the real choice may be between introducing a small jet from Airbus during the mid-2020s and holding out a few more years to get an optimized 737-700 replacement from Boeing.

For Boeing to bring a new aircraft model to market by 2027, it would need to start development and launch sales within the next two years. Rather than reacting to the short-term headwinds from the 737 MAX crisis by accepting the added costs and complexity of a mixed fleet, Southwest Airlines should pressure Boeing to go ahead with the FSA project. If Boeing obliges, Southwest should stick with the 737 MAX (alongside the 737-700 and 737-800) until the FSA is ready.

Disclosure: I am/we are long LUV, ERJ. I wrote this article myself, and it expresses my own opinions. I am not receiving compensation for it (other than from Seeking Alpha). I have no business relationship with any company whose stock is mentioned in this article.