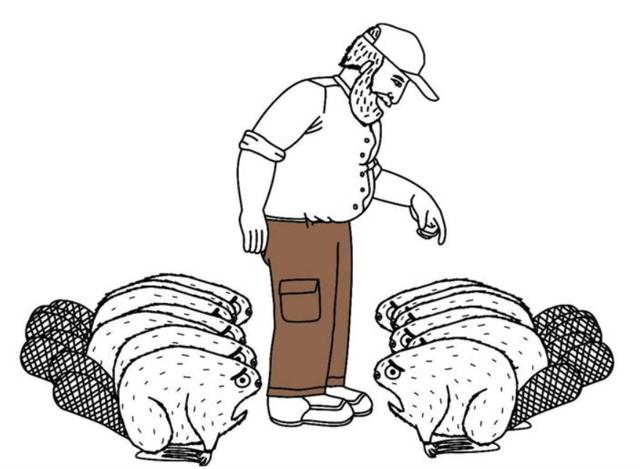 Well, that was ugly. I’ve been bullish on work wear retailer Duluth Holdings (NASDAQ:DLTH) in the past, as I’ve been attracted to the company’s long runway for growth, but as you can see from the chart below, that hasn’t exactly worked out in 2019. Shares began the year near $24 and trade for just $9 today. If you’ve owned Duluth this year, it has no doubt been painful. However, the good news is that if you haven’t, it looks like Duluth could be worth a look at this low level.

I mentioned I’ve been bullish on Duluth before, but why? In short, the company offers a differentiated mix of high-end work wear that is positioned as the most durable and comfortable lineup available. To that end, Duluth’s clothing isn’t cheap, but it isn't trying to be everything to everyone. Duluth is betting that people that need durable clothing for their jobs and/or their leisure time - like farmers, construction workers, etc. - will pay more for comfort and durability. In addition, it has bet heavily on the women's category in recent quarters, which has produced strong growth. Up until this year, I’d say that has worked. Indeed, if we look below, we can see the immense growth the company has posted historically.

Sales growth of 25% is very difficult to come by in any industry, but in particular, for a retailer. Duluth had almost no stores a few years ago, but has made a concerted effort recently to introduce stores to new markets. The company has made it work, but it hasn’t translated to earnings growth in the same way due to the typical growing pains associated with a rapidly growing retailer.

SG&A costs have risen, as you’d expect, given that scaling a retailer takes expensive investments like additional people to staff stores, distribution centers, and the back office. In addition, it takes capital investments like building the distribution centers, software to support the supply chain, etc. In other words, it is expensive. The market knows this and has forgiven Duluth for the relatively slow growth in earnings, right up until this year. I don’t think the Duluth story has changed all that much, but I also recognize that the company’s Q2 report was pretty ugly and that’s why shares have been pummeled.

Duluth’s Q2 report was pretty ugly and shares cratered upon release, having yet to recover in the roughly two months since. Total sales were up 10% to $122 million, driven by a 23.8% expansion in retail sales, as both the women’s and men’s businesses contributed. Direct net sales, however, declined fractionally, which was unexpected by the market and by yours truly. The decline was small, but Duluth is at the stage in its life cycle where sales declines are unforgivable, and we’ve seen the result in the share price. The good news is that the company thinks it can have ~100 stores and ended the quarter with 55; that implies we can see roughly double the current store count moving forward, so there is still lots of potential.

In addition, Duluth reckons that when a physical store is in a market, total sales for that market triple as the store provides valuable brand awareness. Duluth was a direct business for a long time, but has found that opening physical stores is tremendously valuable as a way of advertising its products. Thus, I fully expect the company will continue to open its stores until it reaches the point where it feels saturation has been reached. However, the problem is that when direct sales decline - as they did in Q2 - it calls into question the long-term strategy. While I don’t like what we saw in the most recent quarter, I also don’t think that 90bps decline in sales is worth panicking about.

Gross profit was up 4% in Q2, but as a percentage of sales, declined from 56.2% of revenue to 53.1% of revenue. That’s not only unfavorable given the outright decline year over year, but for an apparel retailer, mid-50% gross margins aren’t really that great. We see other apparel-heavy retailers in the 60%+ area, so since Duluth’s gross margins weren’t that high in the first place, the sizable decline was, again, unforgivable. The company blamed the decline on promotions and clearance activity, which certainly could be transitory. However, gross margins will be in focus for Q3 given that investors will want to know if Duluth is having to push promotions to move product.

SG&A costs, as I mentioned above, are expected to grow while a retailer is expanding. In Q2, SG&A costs soared 16% to $61 million, which was a massive 50.1% of revenue. That was up 280bps from 47.3% of revenue in the year-ago period, and Duluth said it was due to higher selling expenses as well as occupancy expense and back office support costs. Duluth also spends ~14% of its revenue on advertising, which is enormous, but the good news is that as the company grows its revenue over time, it should be able to spend much less on advertising. That should be a long-term source of operating margin growth, and given the way just about every other component of operating margins performed in Q2, it seems the company will need it.

Duluth guided for total sales of ~$615 million for this year and adjusted EBITDA of ~$53 million, producing earnings per share of ~$0.63. Finally, the company guided for 15 new stores this year. Analysts reckon Duluth will see high-single digits growth in the coming years, and that the current weakness in earnings is a one-time event, with EPS rebounding to $0.71 next year. That puts the current price-to-earnings ratio at ~15, and ~13 on next year’s estimates. Those are very reasonable prices for a retailer with a long runway for growth, but Duluth has to execute.

It is easy to say that Duluth should be thrown out given the weakness we’ve seen in the company’s direct sales and, in particular, margins, but the price today is so low that I have to think there is a lot of bad news priced in. Duluth’s product assortment is truly different from other outdoor apparel suppliers, so I think it has a place in the market. I also love its branding with its very distinctive advertising, so again, I don’t see a problem with the store expansion plans. However, the margin situation is not pretty at the moment, and I really need to see some improvement in the back half of the fiscal year.

It is difficult to recommend a stock that is having a terrible year like Duluth is, but if earnings really do bottom this year, the stock should as well. I believe we’ll see the company continue to grow sales, but its margins have to improve. Gross margins are too low to see perpetual SG&A growth, so that’s what I’ll be looking for in Q3.

The bottom line is that I think if you want to own Duluth, now is the time. I’m not sugarcoating the tough year that the company has had so far, but I also think the punishment has been too harsh. I didn’t see the sizable decline in margins coming, so I missed that and the resulting beatdown the stock would take. But at $9, I think there is enough potential for earnings that Duluth is worth a look. You just have to hold your nose while you hit the Buy button.

Josh Arnold
21.8K Followers
Author of Timely Trader
Maximize your gains through live trading with alerts ahead of market trends