Due to all of these headwinds, Embraer stock has lost more than half of its value over the past five years. The latest blow came after the company's third-quarter earnings report last week. Embraer shares fell because the company reduced some aspects of its guidance for 2019 and said that it might issue a smaller special dividend following the sale of an 80% stake in its commercial jet business to Boeing (expected in early 2020).

However, the proposed payout still represents a substantial proportion of Embraer's current market cap. Moreover, an accelerating recovery in its executive jets business and the long-term potential of its defense segment point to meaningful upside for investors over the next few years.

Embraer's commercial jets business -- up until now, its most important unit by far -- posted another subpar performance last quarter. Embraer delivered 17 commercial jets in the period: up from 15 a year earlier. However, the company reported a -11% operating margin for the segment.

To be fair, the commercial aviation segment absorbed the bulk of the $35 million of separation costs that Embraer incurred last quarter in connection with its planned Boeing joint venture. That likely reduced the segment's operating margin by about 8 percentage points. Seasonally low delivery volume also contributed to the margin pressure.

However, there were also more substantive causes of this margin weakness. Management acknowledged that the 70-seat E175-SC variant it introduced to prop up sales in the U.S. has a lower selling price than the standard E175. Additionally, production costs came in higher than expected for the first handful of E190-E2s and E195-E2s that Embraer has built. 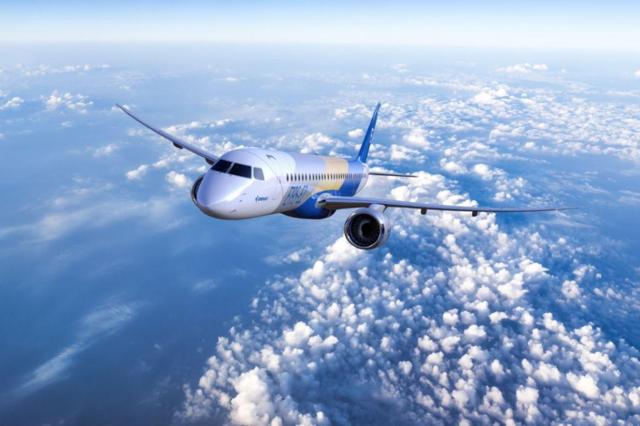 In another unfortunate development, Embraer announced that KLM had firmed up an order for 21 E195-E2s to be delivered from the existing order backlogs of two aircraft leasing companies. While this marked an increase from KLM's original plan to order 15 E195-E2s, the deal ultimately didn't add any incremental orders to Embraer's backlog. It also may signal that lessors are having trouble lining up airlines for their existing delivery slots.

Finally, a European antitrust investigation has forced Boeing and Embraer to delay the closing of their joint venture deal by several months, until at least March. That contributed to Embraer revising its outlook for the eventual special dividend to be paid from a point estimate of $1.6 billion to a new range of $1.3 billion-$1.6 billion.

Encouraging news where it matters most

While the setbacks experienced in the commercial aviation segment are disappointing, the potential downside for Embraer is quite limited as long as the Boeing joint venture is ultimately approved. Embraer has a "put" option to sell its 20% stake in the joint venture in the first 10 years after the tie-up at the same valuation as the initial deal ($1.05 billion for the remaining 20% stake) plus inflation. After 10 years, Embraer would be able to sell its stake at fair market value.

Meanwhile, the executive jets business is finally on the mend. The supply of lightly-used business jets for sale has finally normalized, while Embraer has upgraded several of its products. Most notably, it began delivering its new Praetor 600 model earlier this year. This enabled the executive jets segment to achieve a solid 6% operating margin last quarter. It also captured the most orders for the January-September period in five years.

The Praetor 600's smaller sibling (the Praetor 500) will have its first delivery this month, giving Embraer an additional boost. Both models will be in full production next year, which could pave the way for solid growth in the executive jets segment. 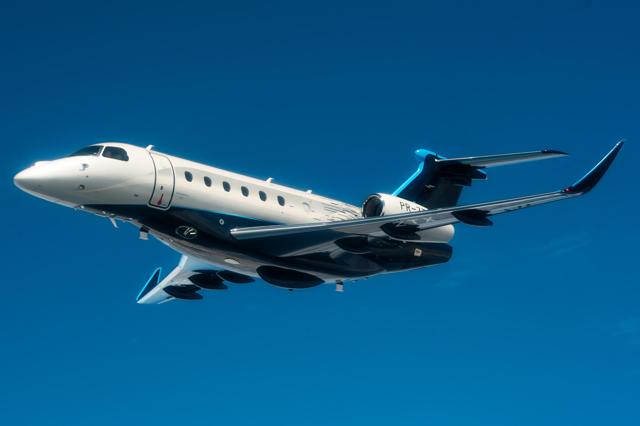 Embraer's defense business remains a work in progress. The company incurred another cost base revision for the KC-390, hurting profitability by $44 million. However, Embraer is transitioning to serial production of the KC-390/C-390 and is working to set up a joint venture with Boeing (which will be 51%-owned by Embraer) that could boost export sales of this new product.

As deliveries of the KC-390/C-390 ramp up over the next few years -- and as other projects come to fruition, like the new fighter jets that Embraer is designing and building in cooperation with Saab (OTCPK:SAABF) -- Embraer's defense business is poised for strong revenue and profit growth.

Based on the midpoint of the updated range provided last week, Embraer shareholders will get a special dividend worth about $8 per ADR share after the Boeing commercial aviation joint venture deal closes next year. Embraer would still have $1 billion of net cash after that payout. Furthermore, Embraer would have the option to sell its 20% joint venture stake for nearly $6 per ADR share.

In short, the proposed special dividend represents nearly half of Embraer's current sub-$17 share price. Furthermore, after accounting for the company's put option to sell its joint venture stake, Embraer stock is trading for less than its net cash position.

Thus, while Embraer's projection that its remaining units will produce $2.5 billion-$2.8 billion of revenue next year at a 2%-5% operating margin may not sound very impressive, investors aren't attributing any value at all to this part of the business. Given that the executive jets business is already starting to recover and the defense segment has strong growth prospects, there's a lot of upside for shares of the new Embraer at this low implied valuation.

Disclosure: I am/we are long ERJ. I wrote this article myself, and it expresses my own opinions. I am not receiving compensation for it (other than from Seeking Alpha). I have no business relationship with any company whose stock is mentioned in this article.