Last week, the enormity of the risk for healthcare diminished and investors reacted favorably.

Healthcare lags the broader market quite significantly, and biotechs and pharmaceuticals lag even more.

Biotechs are amongst the healthcare groups that are most depressed in valuation and can witness a sharp rise.

There is a window of opportunity that exists for healthcare, and biotechs in particular, that justify an increased portfolio weighting.

The healthcare sector is at its all-time high, eclipsing the high recorded a year earlier during the Oct-Nov 2018 period.

Of course, if one looks at the broader market which has been recording such all-time highs since the summer of this year, it's understandable to shrug shoulders and dismissively say, "So What."

Well, this is the healthcare sector. A sector that has continued to face the threat of industry restructuring and greater regulation, thus dampening investor enthusiasm for a year. In the case of healthcare industry groups like biotechs (IBB) (XBI) and pharmaceuticals (XPH), it has been even worse with both groups recently recording their 2019 lows in October. So it's quite a big deal that healthcare is overcoming the overarching risk of regulation, particularly around drug prices, and achieving new highs. It's also a testament to the strength of the market and how favorably risk is now being perceived and embraced after 3 Federal Reserve rate cuts, steady economic data, a near-term detente in the US-China trade disagreement, and an earnings season that didn't disappoint.

But the principal reason, we believe, healthcare is now breaking out is the early signs that the regulations that may restructure the industry are not imminent, the pace may be slower, and the intensity more subdued. In other words, healthcare will remain a more predictable sector to invest in for some time at least, and company fundamentals can once again take precedence over the undulating systemic factors.

Catalyst For A Healthcare Breakout 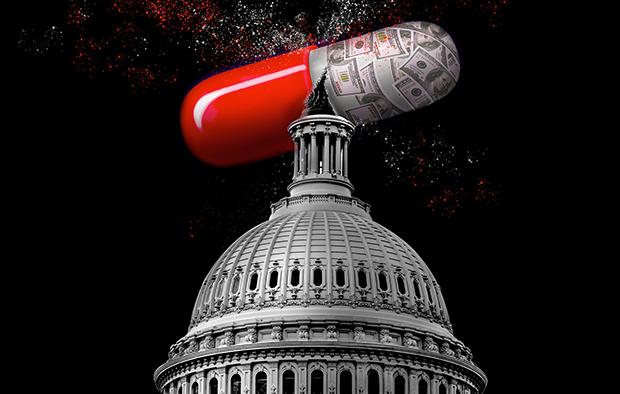 In the articles, Healthcare Struggles But Opportunity Ahead, and also, 4 RNA Therapy Stocks For A Biotech Portfolio, it was noted that:

[Healthcare] biotechs recently declined sharply due to the ascendancy in the polls of Senator Warren, who has a Medicare for All plan that calls for a greater restructuring of the healthcare industry. To the extent that Senator Warren begins to lose her lead in the polls or modifies her healthcare plan to lower its impact, healthcare valuations for biotechs and pharmaceutical companies will be helped... depressed valuations for biotechs and pharmaceutical companies will spring higher."

Well, the signs confirming the above statement appeared last week.

First, new polls began to emerge which showed the ascendancy of Mayor Buttigieg, a relatively moderate candidate on healthcare, in the Democratic primary.

Second, Senator Warren last week modified her Medicare for All plan, creating a more measured pathway rather than an immediate transition to a single option plan.

Both these factors diminished the uncertainty and strengthened the investor sentiment towards healthcare, and contributed towards sparking a surge to new highs in the healthcare index last week.

Finally, the White House released a plan to combat high hospital care costs by forcing hospitals to practice greater price transparency by listing the prices they negotiate with insurers, as well as requiring insurers to publish their rates with in-network and out-of-network providers. It can be a powerful price transparency tool as the proposed federal rule can equip consumers with the ability to shop competitively and make more informed choices. After all, knowing a clear-cut estimate beforehand of how much a hip replacement or wrist surgery will cost can allow consumers to more easily compare and shop for better value. The rule can have a big impact considering that a recent study by the RAND Corporation revealed that for many services, hospitals charge insurers much more, sometimes double or even triple, compared to what Medicare would pay them. However, not unexpectedly, the hospital industry trade group has already stated it will be challenging the ruling, comparing it to disclosing trade secrets.

About one-third of all healthcare spending is on hospital care. Consequently, the impact of the ruling could be significant if enforced. Even though the plan has good intent, it comes with a weak enforceable mechanism with fines up to $300/day for violations, tempting the hospitals to take the fine rather than comply. The healthcare industry appears to have dodged a bullet and investors felt this proposed federal rule won't adversely change the industry dynamics materially. Stocks of hospital companies and broader healthcare rallied on the proposal.

Furthermore, the growing chasm between the White House and the Democrats makes it highly unlikely for any regulatory compromise on efforts to bring down drug prices. Even the price control legislation that is making its way through the House, will not end up being taken for voting in the Senate when it arrives. Any meaningful regulatory progress will most likely occur now in 2021, after the Presidential elections.

The overarching risk of regulation remains and will persist as the cost of healthcare remains a number one public concern. Near term, there is another risk looming as the White House is part of a lawsuit favoring the overturning of the entire Affordable Care Act. With a ruling expected later this month or early next, it can raise uncertainty.

But at this point, the combination of all the above factors suggests that the concerns around the regulatory risk of major policy changes, that had hurt biotechs and healthcare badly in September, appears to have somewhat diminished.

And that is providing the impetus for a depressed healthcare sector to take flight.

Healthcare On The March & Biotechs To Lead

The healthcare sector has been held back a long time, and after a year of consolidation, we may find it making brisk progress in a risk-friendly market environment, and make-up for the nearly 10 percentage point lag in year-to-date returns with the broader market.

Biotechs and pharmaceuticals are two of the more depressed industry groups in healthcare. If the tide is turning and the broader healthcare sector is recording its first all-time high in over a year, then biotechs will also have an opportunity to move meaningfully higher. Furthermore, investment dollars will rotate towards sectors that have lagged and healthcare is one of them. 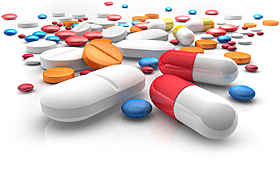 While regulatory uncertainty has hit the broader healthcare sector, biotechs and pharmaceuticals have been hurt even more by the growing threat of drug price regulation. In this fog of regulatory uncertainty, biotech valuations have suffered, even though the industry appears to be pushing the frontiers of science at a much faster pace, and transaction and partnership activity has strengthened.

As we have maintained in recent articles, there is a window of opportunity for healthcare in general and biopharma in particular, to make meaningful progress on valuations, before election season jostling brings back the focus again on healthcare costs. A sharp rally in healthcare, and particularly biotech stocks, can persist for the remainder of the year, justifying a higher portfolio weighting near term. This assumes that there will be no near-term unexpected and adverse trade-related outcomes or any fallout from impeachment proceedings.

If you are interested in quantitative model investing in the healthcare sector, we will soon be offering a model portfolio service on Seeking Alpha. This service, Prudent Healthcare, will invest in stocks in the healthcare sector and is different from Prudent Biotech and Graycell Small Cap products. You can click on the Follow button for updates.

For additional information and helpful links, please check the Profile by clicking on the name above. Also, you can click on the orange "Follow" button to receive such information immediately when published. Please feel free to add to this commentary or point out errors in the comments section.

Additional disclosure: Although there are no personal positions, stocks mentioned can be part of the portfolios of family and associates.

As always, kindly do your due diligence. The biotechs and the small-cap/early mid-cap market segments carry a higher risk of losses than the broader market. Opinions can change with time and additional data, with no obligation to update. Companies mentioned here may not be favored in the future as market trend changes and/or new information emerges, and no relevant portfolio updates will be provided unless you are a model portfolio subscriber.

Graycell Advisors or Prudent Biotech or associated names and entities are not a registered investment advisor (RIA) and publishes quantitative-driven model portfolios for investors and RIAs. Some or all of the companies/stocks mentioned in the article may be in the past, now, or in the future, be part of the various model portfolios for subscribers. Past performance is not a guarantee of future results. The information here is only provided for a general informational purpose and not as a recommendation, and is not guaranteed to be complete or accurate.

Follow Tarun Chandra, CFA and get email alerts
+
Add a comment
Disagree with this article? Submit your own.
To report a factual error in this article, click here.
Your feedback matters to us!