This article was originally published on October 29, 2019.

Most closed-end fund investors know that distribution cuts come with the nature of the closed-end fund's structure. The fact is that when a fund is paying out 90% of their NII and 98% of their realized capital gains on an annual basis it leaves little room for growth (distribution amount and share price alike). What's worse, it leads to many distribution cuts that usually see a mass exodus out of a fund. The mass exodus leads to sharp moves lower as everyone is putting in market orders to sell. A friendly reminder that if you do choose to try and fly out the door with the rest of the herd - use a limit order! Conversely, you can also try and pick up some shares with a 'stink bid,' putting in a limit order well below the current trading price. Essentially, capitalizing on the panic. I know, capitalism is evil. 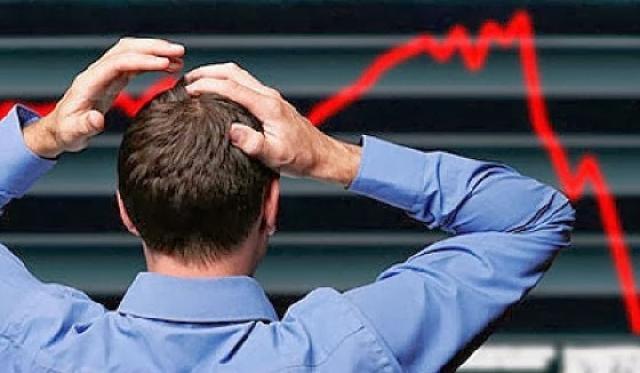 Trade Around The Distribution Cut

One of the best, but hardest, strategies is to try and look out for funds at risk of a distribution cut. This isn't always possible and is hard to time though. This would allow an investor to take potential gains in the fund, wait for the distribution cut to be announced, then enter back into the position. There are a couple of telling signs but it is up to the investor to know what they own.

This is a relevant point for most fixed-income investments. So, knowing what you own and how it operates is essential to look out for troubling signs coming. Right after the announcement shares plunged in price. HPI went from $24.32 per share on October 1st closing to a closing price on October 2nd of $23.06. Had an investor been paying attention they could have potentially sidestepped this cut and entered the position again after the cut.

But this is very difficult to time, as some funds pay unsustainable distribution for long periods of time. PIMCO Global StocksPLUS & Income Fund (PGP) is a prime example of paying out distributions for longer than they should. I would encourage readers to read more about how the CEF/ETF Income Laboratory's PIMCO distribution safety scorecard predicted these cuts.

Another sign to look out for is when your fund has a managed distribution policy based on a NAV percentage. These can be reset monthly, quarterly or annually. These policy set by percentages based on NAV is something I personally prefer. They allow us to know exactly what to expect. However, there will still be some investors that don't know what they are holding on to and can still cause a bit of a jarring for the fund's share price when announcement time comes.

Of course, the biggest sign that a distribution cut could be coming is from the distribution rate/yield itself. For example, the most blatantly obvious cut came from the Tortoise Energy Independence Fund (NDP). NDP had a rate of over 20% for a while. They maintained the distribution and the share price continued to reach higher premium levels until the cut was announced. In my personal experience, I tend to stick with around 8% distribution rates as a good target for CEFs. Although, with valuations reaching higher levels in 2019, perhaps this should be revised to around 7%. Once a fund reaches a 10% distribution rate it needs to be put under a little bit more scrutiny. Over a 12% distribution rate and it is definitely on "distribution cut watch". There are exceptions to this rule as it depends on the fund's underlying exposure which could include different asset classes and sectors. Again, this goes back to knowing what you own.

A Cut Is Announced - Now What?

A cut is announced and we didn't get the chance to sell prior to the announcement, don't panic!

The fact is, many CEFs cut their distributions. Sometimes it seems almost regularly over time. The important point is that we recognize this. However, we have been extremely fortunate with the CEF/ETF Income Laboratory's Income Generator portfolio.

Our 8%-yielding Income Generator portfolio is our more passive portfolio geared towards more conservative investors. We emphasize quality management, historical performance and and steady distributions in order to help members "sleep well at night" with closed-end funds. Importantly, our Income Generator portfolio has had zero distribution cuts so far in 2019. When we say that we aim to achieve safe and reliable income streams, we really mean it!

Going back two years, we've had only two CEFs in the Income Generator portfolio reduce their distributions: JHB and JHY. Both are term funds and we do expect a gradual decline in their payouts as their liquidation date approaches. Yes, you heard that right - only two cutters in two years!

A CEF investor will know that the more important metric to measuring the success of a CEF is what its total returns are showing. This will take into account all the distributions received (and reinvested).

The most basic question you need to ask yourself when a cut is announced is simply this: Do I still like this fund?

If you answer "yes," then you may take this opportunity to add even more shares. If you do still like this fund and believe it is still a viable long-term holding, then there's no shame in averaging down your cost basis. Of course, it may already be a large enough position in your portfolio and you can simply do nothing. Remember, you will still be collecting a distribution over time. This will help to recoup your "losses" if the fund is still something you want to own. A long-term shareholder holding a position long has the benefit of never having to sell.

You may come to the conclusion of "no" though, you had enough and you just want to bail. However, bailing on the same day or next day after the announcement is made can be costly. Take for example HPI, which we referenced above. 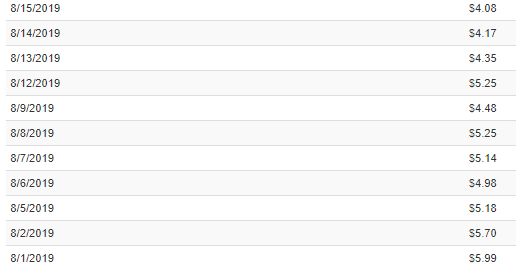 The announcement for NDP was on August 8th. We can see a large collapse in share price (and premium in the case of NDP). However, if you had waited until the next day following the announcement day, you would have been a lot better off. Of course, you would have sold out of NDP well before this cut was announced too if you are apart of the CEF/ETF Income Laboratory! Stanford Chemist put out a piece warning about the high chance of a cut coming in the "Weekly Roundup."

To be fair, this doesn't always work out though. In the case of PGP, when they last cut their distribution in April of this year. The share price collapsed and then continued to collapse. Also, taking into consideration the broader market movements will play a role as well. In August we were in a bit of broader market volatility that further impacted the price movement for PGP.

The distribution was announced on April 1st, which we see the collapse from $15.20 closing price to $13.42 the following day. PGP then continued a downward descent.

In the case of IGD, shares have actually remained relatively flat after the announcement of cuts. Just another example of knowing that you have time to make adjustments by either selling or buying more.

Trying to trade around the distribution cut is the hardest, but the best option. This would involve trying to anticipate when a cut would be announced and selling before such an announcement in order to re-enter the position later. There are several clues that can warn an investor on a pending cut. Knowing what your fund owns is quite important in determining the current sustainability of the distribution. Another factor may include if the fund has a managed distribution based on a certain NAV percentage and when it gets reset. Another solid tell is purely the distribution yield itself. Depending on the underlying portfolio composition we can determine a pretty accurate and sustainable distribution level. This takes into account the type of asset class that the CEF is invested in, sector exposure and the general market valuation environment.

Panicking and trying to sell shares immediately the next day can have consequences in most examples. Merely waiting until the day after to exit a position generally seems to work out better. Remembering that it is advised to put in a limit order when buying and selling (especially on low volume CEFs) is of utmost importance. This helps ensure you unload your shares at a reasonable price and you don't get hit with a 'stink bid' that can be several percentages lower (or higher in the case of buying shares).

Overall, realizing that distribution cuts just come with the nature of CEFs, in general, can be a huge psychological help too. They payout larger than typical distribution rates so we can't expect much in the way of share price appreciation or distribution growth. There are, of course, exceptions to this general statement but realizing what you are investing in is important. As a CEF investor, we are typically giving up this future growth potential and capitalizing in the present by drawing in these large piles of cash - in the here and now. This isn't wrong at all, on a total return basis we can achieve the same results over the long-term. It is simply just a different strategy for investing.

Nick Ackerman
10.23K Followers
Author of CEF/ETF Income Laboratory
CEF/ETF income and arbitrage strategies, 8%+ portfolio yields
Nick Ackerman is an avid student of the markets and has been investing in his own accounts for over 12 years. He is a former Financial Advisor and has previously qualified for holding Series 7 and Series 66 licenses. These licenses also specifically qualified him for the role of Registered Investment Adviser (RIA), i.e., he was registered as a fiduciary and could manage assets for a fee and give advice. Since then he has continued with his passion for investing through writing for Seeking Alpha, providing his knowledge, opinions, and insights of the investing world. His specific focus is on closed-end funds as an attractive way to achieve income as well as general financial planning strategies towards achieving one’s long term financial goals.