Upside potential is poised to increase amid low prices, colder weather next week, and the potential for additional cold late December. 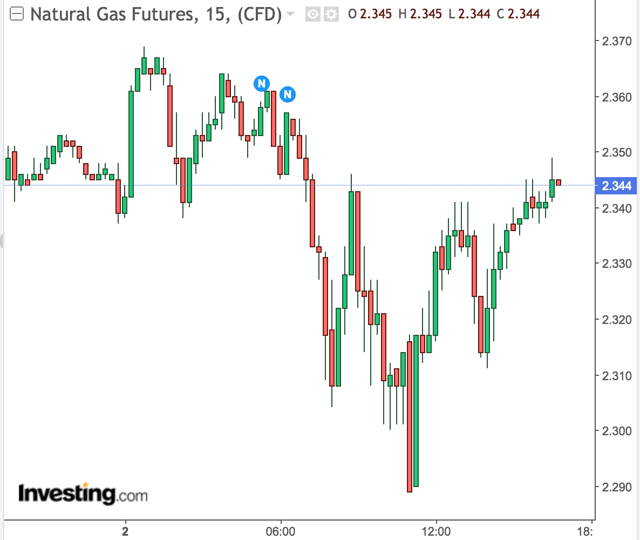 On Monday, the United States Natural Gas ETF (UNG), which is the un-leveraged 1x ETF that tracks the price of natural gas, finished up 0.84% to $17.95.

Mild and quiet this week, but the cold returns next week in a pattern that's been variable; monitoring the potential for additional cold coming in late December into the New Year

The weather pattern over the next couple of weeks will overall be mild (continued bearish), but varied or progressive with a shot or two of cold air intrusions punctuated here or there across the central and eastern U.S. Signs are pointing to the potential for the pattern to turning colder late December into the New Year.

Additional cold/HDDs were added to the outlook in the 6-11 day time period or for the week ending December 13. During this time frame, the pattern is expected to become more amplified with upper level ridging returning to the western North America allowing for colder air to seep into the central and eastern U.S. This cold shot looks to span from Tuesday to Friday of next week. So the sequence will be this week being warmer than last week and next week projected to be colder than this week.

There are big differences amongst forecast guidance during the 11-15 day time frame in the handling of upper level troughing vs. ridging over the Gulf of Alaska and western North America. The GEFS ensemble supports ridging over western North America. This would support increased cold air intrusions and ultimately a colder solution during this time period across the central and eastern U.S. Meanwhile, the ECMWF and CMC ensembles support upper level troughing over the Gulf of Alaska and western North America that would support a milder solution overall. Figure 2 below is a map from the 12z European ECMWF ensemble depicting the 1-6 day (December 3-8) temperature pattern. 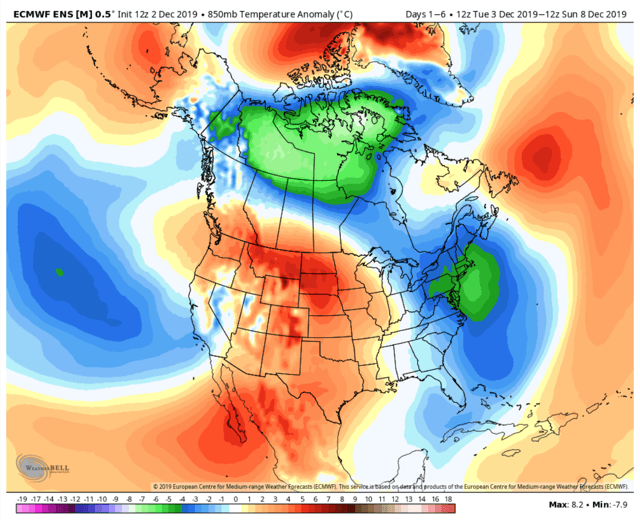 Figure 3 below is a map from the 18z GFS ensemble depicting the 6-11 day (December 8-13) temperature pattern. 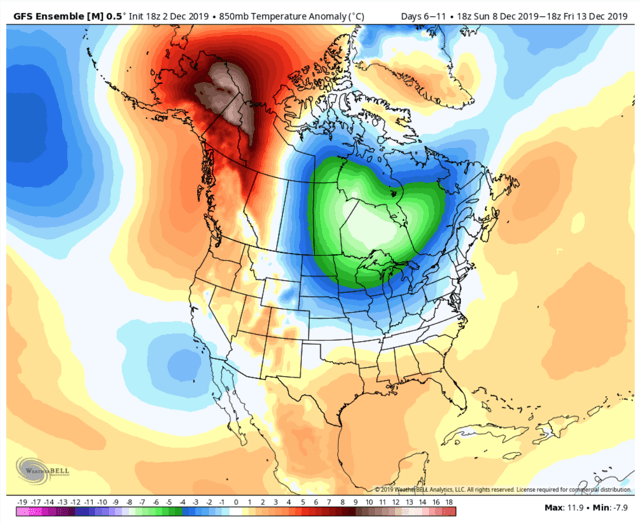 Figure 4 below is a map from the 12z European ECMWF ensemble depicting the 10-15 day (December 12-17) temperature pattern. 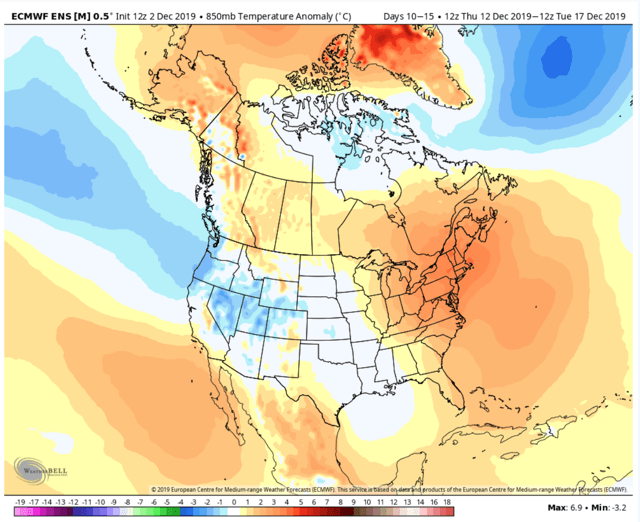 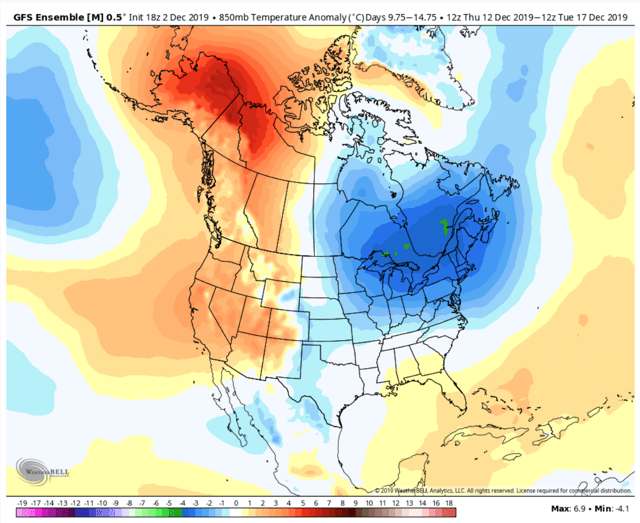 The weather pattern will be mild and variable over the next couple of weeks, but the adding on of cold/heating demand next week provides the bulls some support and should at least result in upside potential being limited. From a technical/valuation standpoint, the commodity looks attractive and therefore could be poised to move higher after last Friday's massive sell-off. Longer term, the weather pattern could turn colder/more bullish late December into the New Year. With all of this said, I expect for upside potential to increase in the days ahead. 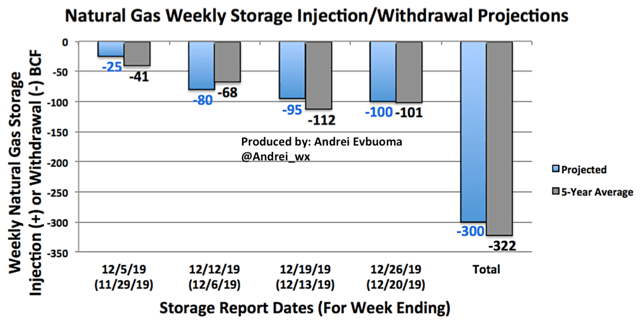 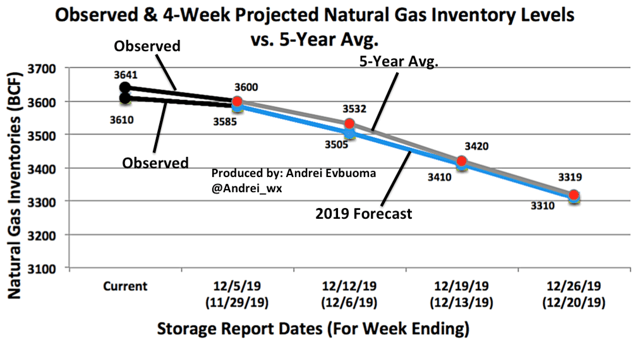 84 Comments
To ensure this doesn’t happen in the future, please enable Javascript and cookies in your browser.
Is this happening to you frequently? Please report it on our feedback forum.
If you have an ad-blocker enabled you may be blocked from proceeding. Please disable your ad-blocker and refresh.