A key to improving processes is learning from past mistakes and evaluate stock winners. Beginning in June, several catalysts propelled Generac's (NYSE:GNRC) stock higher resulting in significant outperformance of the broader markets. By putting all of the pieces together, we can formulate hypothesizes to better forecast future winners.

Generac, along with solar installers such as Sunrun (RUN), Vivint (VSLR), Tesla (TSLA), and Sunnova (NOVA), benefits from the decentralization of power. Just as the internet has decentralized information and cryptocurrency seeks to decentralize money, decentralizing how people power their homes and businesses could be a lucrative opportunity.

The American Society of Civil Engineers foresees problems should the funding gap for power generation, transmission, and distribution rise to the anticipated $177 billion by 2025.

The projected investment gap [in generation, transmission and distribution] will lead to a greater incidence of electricity interruptions if aging equipment is not addressed, capacity bottlenecks are not resolved, and increased demands are not accounted for. 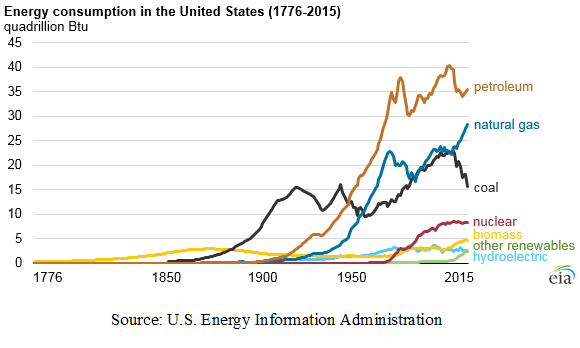 As total energy consumption increases, the aging electrical grid will be under more distress. Given the unfortunate deteriorating nature of our grids, consumers may find it necessary to outfit homes with more of a self-sustaining solution. Right now, those option include backup generators and solar.

The solar industry, in particular, the solar installers are facing numerous headwinds as documented in previous articles on Sunrun. Despite commoditization in the solar installation business, solar offers a reasonable alternative to generators. Consumers have various options to weigh when considering alternative power options.

With the current technology, generators are still superior to solar in providing comfort to consumers who want to keep the lights on during blackouts considering both cost and utility. Solar batteries can run between $5,000 and $7,000+ and will only power homes for a day or two depending on power frugality. Consumers can add string-inverters and micro-inverters so the system will work during a blackout. The drawdown is the home will only be powered when the system is in operation during the daytime.

Generac's generators range from $2,000 up to $30,000, for the average home, a more reliable generator is still superior to solar alternatives. Generators are also superior for businesses who cannot afford downtime. Generators are also fairly cheap to operate, especially natural gas powered generators with surplus ample and prices low. Over the long term, solar displacement is a threat to Generac's business but not for the foreseeable future.

Generac's march forward began in June of this year. On Friday June 7th, California's battered utility PG&E (PCG) warned that customers may find themselves in the dark over the weekend because of power shutoffs heightened wildfire risks. While this underlying catalyst to move the stock, the fundamental picture has been in place for a while. Wildfire risks and the aging infrastructure are nothing new.

The events over the summer woke the market up to recognize that Generac's long-term cash generating ability is stronger than previously predicted. In many cases, huge movements in stock prices can be unjustified pandemonium. I would argue Generac's move is just the opposite, a great opportunity seized by value-minded investors.

Generac has a solid history of revenue growth. But, the California Wildfire Crisis did not cause a demand shock. These events have not had a meaningful impact on Generac's financials, nor does Wall Street expect demand to surge as growth projections are still modest.

Over the past several years, Generac's cash flow has remained consistently near $250 million per year. The only outlier is in 2015 when the stock price suffered as the company only generated $188 million of cash flow. Management has asserted that the potential blackouts has resulted in an increasing number of consumer consultations.

In California where penetration rates of home standby generators stand at less than 1%, we have seen a dramatic increase in the number of in-home consultations and other leading indicators that continue to point to the rapid expansion of this market. Over the last three weeks, local utilities have triggered numerous shut-offs impacting millions of customers as they seek to mitigate the risk of wildfires.

These shut-offs have been multi-day events and are projected to continue in the years ahead as the impact of climate change and the massive under-investment in Northern California's power grid have combined to create a situation where public safety takes precedence over power quality. As a result, we're working to drive awareness of home standby generators in this part of the country, through television and digital advertising to promote the category.

The company did note that it is beefing up what it called underdeveloped distribution in the areas impacted by the blackouts. Generac's long-term outlook has been misjudged by the market, now the share price has recalibrated.

Given Generac's financial performance has remained consistent, the stocks multiples have been stretched by the upward move as opposed to being moderated by improvements in cash flow generation.

If use the approximation of $250 million in cash flow from operations, Generac's multiple has been stretched from 12x to 24x since June. Narrowing down an appropriate price to pay is a challenge. I think at 12x cash flow, the market had priced in some degradation into the business. But, there's no reason to believe such a thing will happen. Generators are a necessary part of life, which will become more necessary as the grid ages. At the current time, solar technology is nowhere near good enough or cheap enough to compete with generators. Generac's competitive position is strong.

Consider Generac in a basket of stocks with other businesses such as Coca-Cola (KO), WD-40 (WDFC), and SolarEdge (SEDG). We see that Generac now trades at a valuation similar to a sure-fire consumer staple like Coca-Cola. Growth is muted, but Coca-Cola's competitive position is as strong as it gets. On the other hand, WD-40 trades at a massive premium considering it to has a huge moat with similar slow growth metrics. While Generac rightfully trades at a premium to solar-inverter manufacture SolarEdge.

Generac could very well trade higher, as 2015 assessments put Generac's market share at 75% for home generators with just a 3% penetration rate. I believe Generac's strong competitive position warrants the move upward towards $100 per share. Going forward, the picture is more cloudy. With expected growth to be modest, shareholders may have to continue to rely on multiple expansion for share appreciation. But, given the multiple the market is willing to pay for a niche monopoly like WD-40, Generac could indeed still be cheap.

While leaving this article inconclusive is disappointing since the purpose is to present a case study helping investors make better fundamental decisions, I am hesitant to believe Generac is topping. The business has all the qualitative attributes of a long-term winner, but the valuation is currently a toss-up. For that reason, I will take away the lessons learned in search for the next high-upside opportunity. Strong qualitative factors coupled with a reasonable valuation is the perfect setup for outperformance. For that reason, there's nothing wrong with nibbling on Generac shares even at the current valuation.

Joseph Kowaleski
1.43K Followers
Intern at an investment management startup/student at Rowan University. My investment strategy is growth centric, buying businesses that have a strong ability to generate cash, trade at a great price, have significant competitive advantages, and fundamental utility to customers. Always do your own due diligence before investing.
Follow