North Dakota corn harvesting to continue to lag with snow on the ground and intervals of cold, wintry weather in the outlook.

Overall, the weather pattern (mild and variable) will be in favor for the grain belt.

With the U.S. and China trade talks making progress, soybeans could be on the move up. As for wheat and corn, upside potential will increase in the days ahead as December is a month that usually finds a bottom.

Figure 1 below is a price trend chart of the front-month March futures contract for corn over the past week. 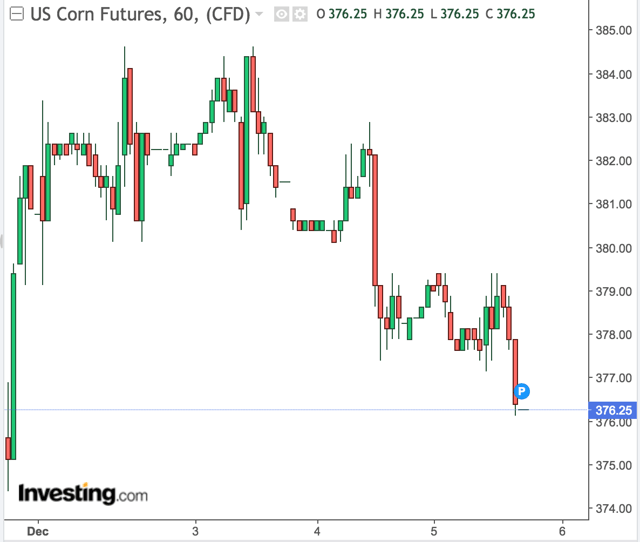 Figure 2 below is a price trend chart of the front-month January futures contract for soybeans over the past week. 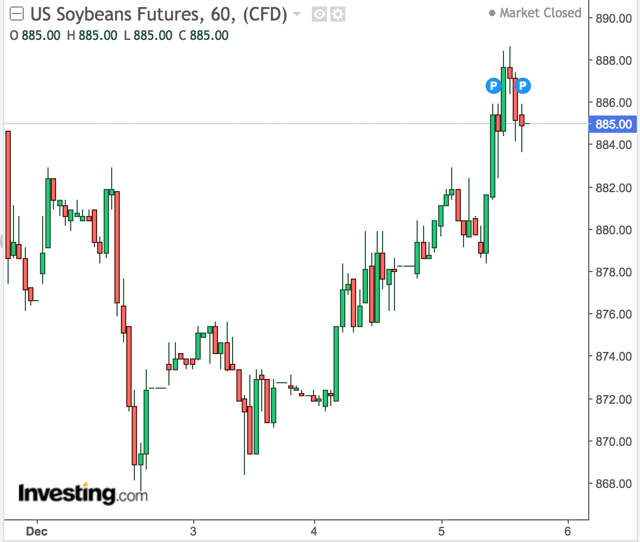 Figure 3 below is a price trend chart of the front-month March futures contract for wheat over the past week. 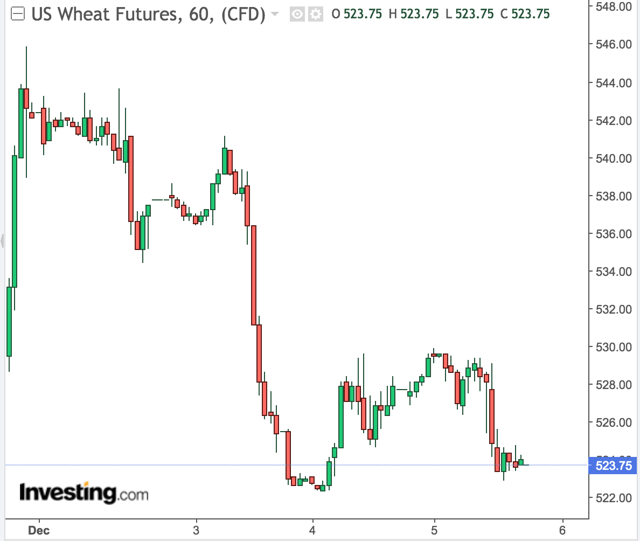 Figure 4 below is a price trend chart of the front-month December futures contract for spring wheat. 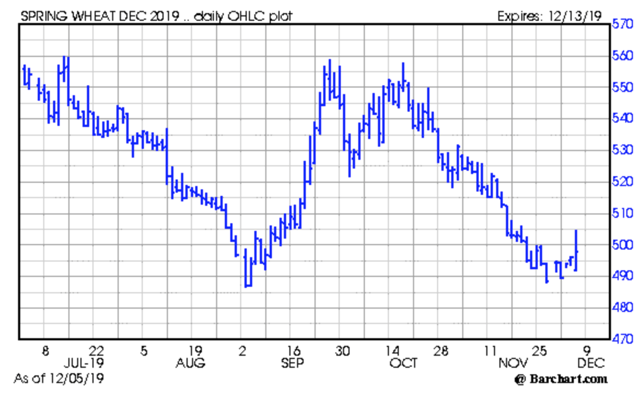 Weather pattern to remain in a mild and variable state over the next couple of weeks; North Dakota corn harvesting will continue to be rather slow due to existing snow coverage

Similar to my previous article, the weather pattern over the next couple of weeks is progged or expected to be mild overall and variable with intermittent shots of cold air sprinkled in.

After a Thanksgiving week that was cold and stormy, this week (driven by a split-flow pattern in the atmosphere) has been and will continue to be through early next week mild and quiescent. However, by early next week, the upper level weather pattern is expected to once again (similar to Thanksgiving Week and multiple instances in November) become amplified/wavy with upper level ridging/higher heights over western North America (from the western U.S. to the Arctic Circle) and resultant downstream troughing digging over central and eastern Canada into the northeast quadrant of the U.S. (i.e., from the northern Plains to the Great Lakes and Northeast). This setup will allow for unseasonably warm air to surge into Alaska and the Arctic Circle, tap into the Arctic cold air mass there, dislodge some of it, and send it southward into central and eastern Canada and the U.S. This cold shot will be transient spanning roughly from Tuesday to Thursday before we see temperatures moderate/warm once again. So while temperatures will be as much as 30 degrees warmer than normal over Alaska and the Arctic, temperatures will be as much as 30 degrees colder than normal across parts of central and eastern Canada and the U.S. The strongest of the cold here in the states will be across the northern Plains, Upper Midwest, and Great Lakes.

Once again, temperatures amid the passing of this shot of cold air will moderate across the central and eastern U.S. late next week through the weekend before another potential shot of colder air moves in during the week ending December 20.

There have been major differences in the handling of the pattern specifically in the 10-15 day time frame or for the week ending Dec. 20. The GFS model has been overly cold while the ECMWF model has been mild. I expect for some sort of compromise between the two models with the GFS scaling back on the intensity of the cold while the ECMWF model adds some cold/HDDs. This would support things on the colder side of normal for the week ending Dec. 20 but nothing too extreme and instead cold anomalies closer to normal levels. Both models do show warmth in Alaska and the Arctic (western side of NA) which supports the risks for cool/cold air intrusions into Canada and the Lower 48, but again, nothing seen as extreme at this time. Both models do support the cold coming during the first half of the week ending Dec. 20 before things moderate/warm during the second half of that week. So expect for a roller coaster ride in temperatures and an overall mild pattern for much if not all of the next couple of weeks.

Figure 5 below is a map from the 0z European ECMWF ensemble depicting the 4-9 day (December 9-14) temperature pattern. 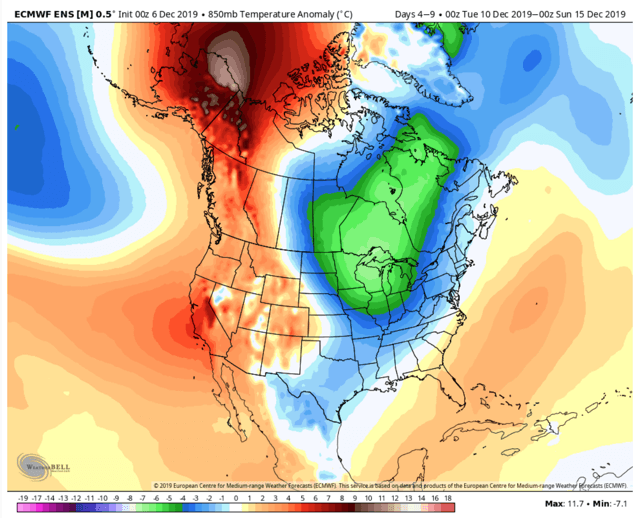 Figure 6 below is a map from the 0z European ECMWF ensemble depicting the 10-15 day (December 15-20) temperature pattern. 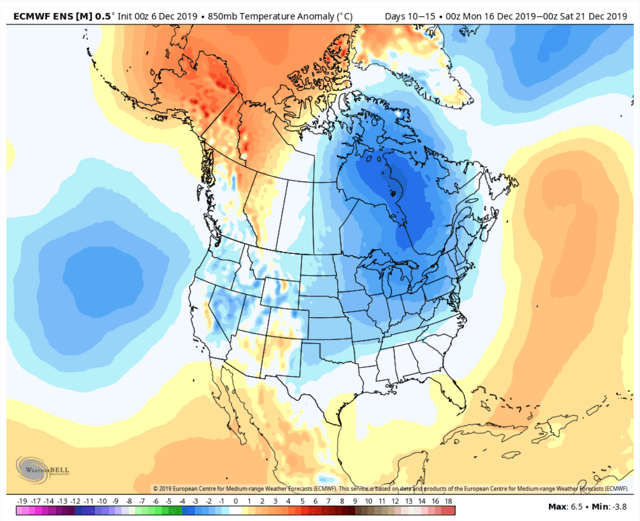 Figure 7 below is a map from the 06z American GFS ensemble depicting the 10-15 day (December 15-20) temperature pattern. 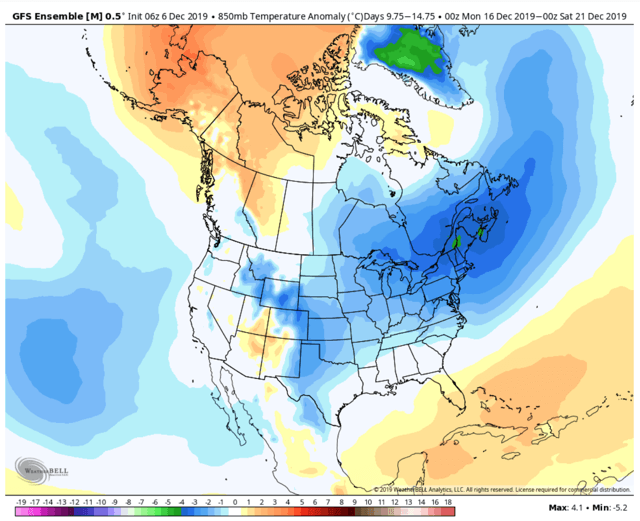 Figure 8 below is a map from the 0z European ECMWF ensemble depicting the Day 15 (December 20) temperature pattern. 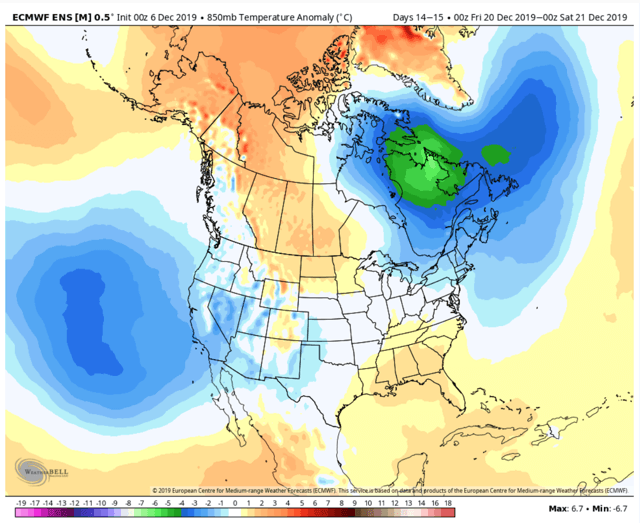 Once again, from a technical standpoint, agriculture commodities are becoming very attractive to buy due to the lowered prices. December is usually when we see prices at their lowest as the season winds down. That said, it's hard to tell whether we've reached a bottom or not in prices, but I expect for upside potential to begin to increase in the days/weeks ahead. Soybeans will see near-term improvements based on the U.S. and China trade talks making progress.