Arrow Financial (NASDAQ:AROW) is a holding company that owns and operates two regional banks and an insurance company in upstate New York. The banks, Glens Falls National Bank and Saratoga National Bank, rank highly in American Banker's "Mid-Tier Performers" list and enjoy a strong presence in their counties of operations.

In what follows, I describe the typically slow-and-steady growth of Arrow, as well as the current valuation and the price at which I would consider the stock a buy. 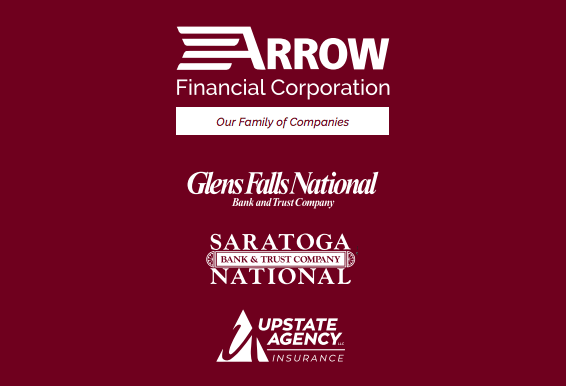 Arrow's family of companies provide a range of financial services ranging from standard retail banking to trust management to insurance products. About 78% of income is derived from interest on loans and dividends from securities, while the other 22% comes from non-interest income such as mortgage fees, retail banking fees, insurance commissions, wealth management fees, and gains on the sales of loans and securities.

Arrow's 3.07% net interest margin in Q3 2019 compares with the average of all US banks of 3.34%. This isn't necessarily a bad sign, though. It probably signifies that Arrow's loans are, on the whole, more conservative than that of the average bank and thus command lower interest rates. Besides, the net interest margin has actually risen this past year from its level of 3.02% in Q3 2018, even as interest rates have fallen.

On the other hand, we find from Arrow's Q3 Earnings Tables that 3% of assets are in the form of cash or interest-bearing deposits and the bank's loan-to-deposit ratio comes in at a conservative 0.89x. This suits the slow-growing economy of the Eastern section of Upstate New York in which Arrow primarily operates. We also find evidence of the bank's financial conservatism in that nonperforming assets as a percentage of the total sit at a low 0.19%, down from 0.24% in Q3 2018.

Arrow's return on average assets is mediocre but very stable and improving, with an annualized rate of 1.32% in the most recent quarter, compared to 1.28% in Q3 2018. It's around the same as that of KeyCorp (KEY) but lower by 15 basis points or more than Washington Trust Bancorp (WASH) and PNC Financial Services Group (PNC).

Total assets continue to grow at a modest pace, rising 5% YoY in Q3. Loans rose 9.6% YoY. Commercial real estate currently makes up 21.3% of total loans, while 38.1% is in residential loans. Rounding out the loan book are consumer loans at 34.5% and commercial loans at 6.1%.

Book value per share and shareholders' equity both increased from 2014 to 2018 at a 7.6% average annual growth rate.

Arrow's price-to-revenue and price-to-earnings have both ticked up since 2017, and now neither are at a level that make it a screaming buy.

Taking the above three valuation metrics together, it appears that Arrow is neither undervalued nor egregiously overvalued. Rather, it seems fairly valued to slightly overvalued based on its historical valuations over the past full cycle. Arrow has benefited from a strong Q3 earnings report along with the short-term bottoming and slight uptick of interest rates recently.

From 2010 to 2016, investors could pick up shares of Arrow between a 3.5% and 4.2% dividend yield. With the current dividend yield of 2.9%, income investors are not offered a bargain right now, although the yield is around the middle of its range since the beginning of 2017.

On the plus side, dividend safety is superb. Since the Great Recession began in December 2007, the quarterly dividend has been amply covered by earnings 100% of the time and by free cash flow most of the time. In the post-recession recovery, dividend coverage has been phenomenal and consistent.

In the last twelve months, Arrow has paid out 41.4% of earnings and 47.7% of FCF. However, payout ratios based on income measurements don't tell the most accurate story for Arrow since they regularly pay out stock as dividends in addition to cash dividends.

Assuming one bought shares at a 3% starting yield and Arrow continued dividend growth at an average rate of 3% per year, one would have a yield-on-cost after 10 years of only 4.03%. What about a 3.7% dividend growth rate? That brings it up to only a 4.31% 10-year YoC. Even for a slow-and-steady dividend growth stock, this is pretty uninspiring. There are other regional banks with similar risk profiles offering better long-term income prospects than Arrow.

That said, a 4.25% starting yield would require an entry price of $24.50 per share, which almost certainly won't come about unless the US falls sharply into recession. Even then, it's unlikely that Arrow's stock would reach that level. If purchased at the lowest possible price during the Great Recession, a shareholder in Arrow would currently be enjoying a yield-on-cost of 5.9%. As such, Arrow is a pass for me.

However, for conservative income investors more concerned with capital preservation than income growth, Arrow might be a fine choice going forward.

If you enjoy discovering hidden dividend growth gems like this one, feel free to follow me by clicking the orange "Follow" button by my name above!

Disclosure: I am/we are long WASH. I wrote this article myself, and it expresses my own opinions. I am not receiving compensation for it (other than from Seeking Alpha). I have no business relationship with any company whose stock is mentioned in this article.