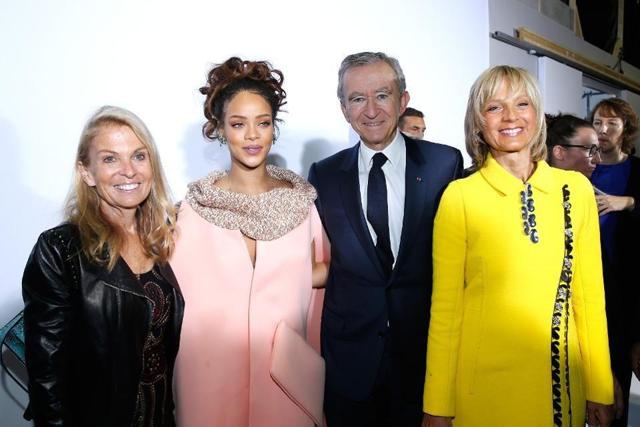 When it rains it pours for L Brands (LB). Its revenue is in decline amid a protracted slump at its Victoria's Secret brand. S&P recently downgraded the company's debt to BB- (non-investment grade, speculative):

"Customers are continuing to move away from purchasing at [Victoria's Secret] in favor of other retailers that offer lower price points, greater array of merchandise sizes, and marketing campaigns focused on diversity and inclusivity," wrote the S&P analysts. "We believe management has struggled to anticipate and react to rapidly evolving customer preferences."

They added that they "do not currently anticipate significant improvements over the next 12 months" in Victoria's Secret sales. That brand accounts for half of the overall company's sales.

In Q3 2019 L Brands generated $1.7 billion in revenue, down 4% Y/Y. Victoria's Secret represented over half of the company's revenue, while Bath & Body Works represented about 40%. 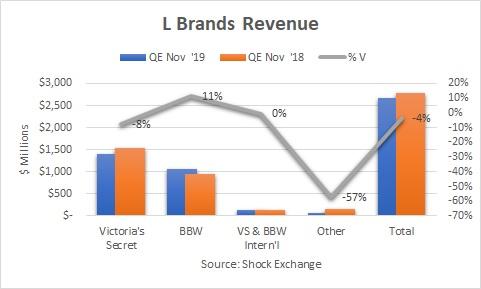 Bath & Body Works is carrying L Brands, with solid revenue growth and 18% operating income margins. For the company to survive, it must stop the hemorrhaging at Victoria's Secret. The company makes a substantial amount of its earnings during the holiday season. A strong holiday season could change things temporarily for Victoria's Secret. Amid aggressive promotions to move product, there is no guarantee holiday sales will be any different from the rest of the year.

Another Threat Emerges For Victoria's Secret

Well, we have certainly thought about it. As communicated previously, we think it's important to evolve the marketing of Victoria's Secret. That is happening in certain respects now and I think there will be more to come as that continues to get evaluated. Again, we believe the most important thing is the quality of the merchandise itself, the quality of our execution and selling in stores and online. But Marni, we recognize and appreciate that the communication of the brand, the offerings, the emotional content of Victoria's Secret is obviously an important thing, and I expect that we'll have evolution of those things certainly as we move through the next six, 12 months, and John focused on those things...

It was a very important part of the brand building of this business and was an important aspect of the brand and a remarkable marketing achievement, and with that said, we're figuring out how to advance the positioning of the brand and best communicate that to customers, and that's among the things that John is focused on.

However, there may be more afoot than a change in tastes. Women could simply be embracing more diversity and inclusion. American Eagle's (AEO) Aerie brand celebrates women of all sizes, and its marketing campaign has resonated with women. Celebrating women who do not look like supermodels is a sharp departure from the marketing strategy at Victoria's Secret. In its most-recent quarter Aerie generated $198 million in revenue, up 28% Y/Y. It remains a catalyst for American Eagle whose non-Aerie revenue grew 4%.

Less talked about may be the impact Rihanna's Savage X Fenty brand is having on the lingerie market and Victoria's Secret. Savage X Fenty recently raised $50 million to fund inclusive lingerie. Rihanna's Fenty beauty brand, in partnership with LVMH (OTCPK:LVMHF), (OTCPK:LVMUY), reportedly generated $558 million in its first full year of operation. Rihanna's early success in women's lingerie could be coming at the expense of Victoria's Secret:

Victoria's Secret's business model appears broken. Turning around the brand could take longer than expected. LB is down over 40% Y/Y. It will likely fall further. Sell the stock.