For the better part of five decades, OPEC has been the dominant outside influence in crude oil prices.

Within OPEC, the Kingdom of Saudi Arabia has been the dominant country.

Saudi Arabia is the world's swing oil producer, meaning they change crude oil output to meet fluctuations in demand to keep supply and demand roughly in balance. However, that may be changing with the launch of the Saudi Aramco IPO. 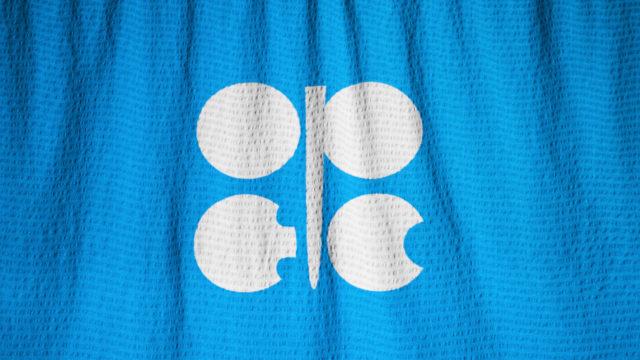 Anyone who has traded crude oil knows that, for the better part of five decades, the Organization of the Petroleum Exporting Countries, or OPEC, has been the dominant outside influence in crude oil prices. Within OPEC, the Kingdom of Saudi Arabia has been the dominant country. All of that may be about to change - and not for the obvious reason.

Saudi Arabia became the de facto leader of OPEC through its sheer volume of crude production and its ability to sustain those levels at a very low cost. Despite absorbing more than their fair share of the latest production cut mandate, the Kingdom produces more than double OPEC's number two producer, Iraq.

This is with Iraq pumping at record levels - as much as the next three countries combined. Saudi Arabia is also widely believed to be the world's lowest-cost oil producer. According to data from energy industry consultant Rystad Energy, on average it costs Saudi Arabia less than $9 to produce a barrel of oil.

All of this makes the Kingdom the world's swing oil producer, meaning they change crude oil output to meet fluctuations in demand to keep supply and demand roughly in balance. However, that may be changing with the launch of the Saudi Aramco IPO.

Despite analysts' negative views on the valuation of the oil giant, Aramco reported that private applications for its IPO had been oversubscribed, with over $44 billion in bids for Aramco stock and counting, according to lead manager Samba Capita. Considering their total 2018 net income reached $111.1 billion, the amount raised in the IPO could exceed 50% of that income figure, all while selling only 1.5 percent of the company's shares.

A Change for Oil Markets

In the past, when the Saudi Arabian government needed more revenue, they cut production to drive prices higher and convinced other members of OPEC to do the same. In recent years, they have included non-OPEC oil producing nations in those discussions like Russia, calling this larger group "OPEC+". As the swing producer, Saudi Arabia had tremendous influence within the cartel, but as U.S. production has increased, it started to become apparent the Kingdom might be losing its swing producer status to the United States.

John Rutledge, Chief Investment Officer at Safanad, recently wrote a piece about this. "In the future, when the Saudi government has a need for more cash than generated by the value of planned oil production, they will no longer need to produce and sell more oil to balance their budget," writes Rutledge. "Instead, they can simply sell or buy Aramco shares in the open market."

So, instead of managing oil production, the Kingdom will start to manage its holdings of Aramco shares. It remains to be seen if this increases oil market volatility or decreases it.

On the one hand, reporting to shareholders requires transparency and that transparency may cause Aramco to work on a more stable production schedule. This would be a stabilizing factor and a volatility reducer.

On the other hand, the low cost of production for the Saudis versus the higher cost in the United States has allowed the Kingdom the flexibility for more rapid changes in production, and this could mean much volatility on the extremes of the price curve.

The big picture remains that long term, supply and demand will determine the price that crude sells at. The Saudi Aramco IPO might actually make this statement true than before the IPO.

Follow CME Group and get email alerts
+
Add a comment
Disagree with this article? Submit your own.
To report a factual error in this article, click here.
Your feedback matters to us!