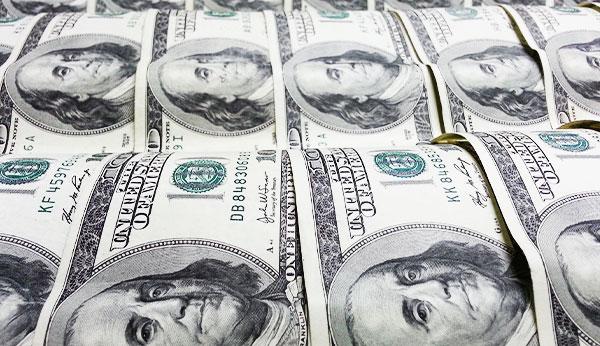 That was Jerome Powell in early October, answering a reporter’s question on whether the Federal Reserve’s intervention in the overnight U.S. repo market constituted another round of quantitative easing (QE).

No, the Fed chairman insisted, the bank’s $60 billion-per-month Treasury purchases are intended simply to add extra liquidity to the financial system after repo rates spiked in September.

Be that as it may, because of the purchases, the Fed’s balance sheet is expanding again for the first time since the bank began to unwind in 2017. In fact, this is the fastest monthly rate of expansion since the initial round of QE began in December 2008. 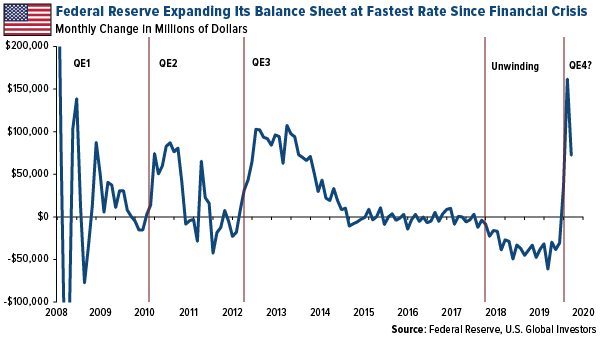 Judging from this alone, you would think that we were on the brink of another financial crisis, even as Powell himself says the U.S. economy remains strong.

And it’s not just the U.S. According to Bloomberg calculations, the combined balance-sheet growth of the Fed, European Central Bank (ECB) and Bank of Japan ((BoJ)) will soon reach an estimated $100 billion per month.

Markets seem to be betting more accommodative measures are on the way. Since Powell’s October press conference, the S&P 500 has surged about 8.4 percent, putting stocks within striking distance of logging their best year since 2013.

Others see QE4 happening sooner rather than later. In a research report this week, Credit Suisse analyst Zoltan Pozasar told investors that, in order to calm short-term funding markets, the Fed will need to implement another round of quantitative easing “by year-end”—which is only three weeks away.

Synchronized Easing: Is “Japanification” Spreading to the U.S.?

Central banks have other levers, of course, to combat slower economic growth, and we’re seeing them pull those as well as pumping liquidity into the system. This year, the Fed, ECB and BoJ have either cut lending rates or kept them steady at below 0 percent, with Japan hinting that it might trim rates further and President Donald Trump publically pressuring Powell to implement a low-interest policy that’s more in line with other economies. 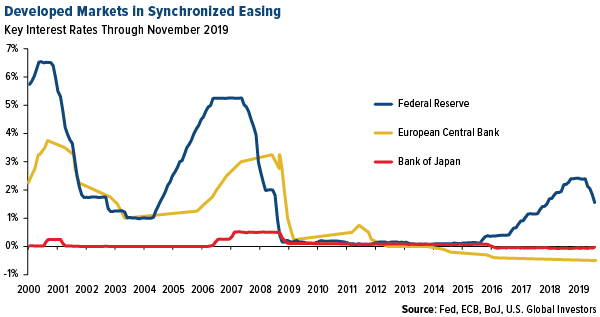 Some economists use the term “Japanification” to describe the process of being permanently stuck in an environment of low inflation and even lower rates, which leaves policymakers with few options to jolt the economy.

This isn’t a phenomenon seen just in developed economies. Emerging markets are in rate-cutting mode as well. Last month, there were as many as eight net rate cuts among a group of 37 developing economies. In fact, November marked the 10th straight month of net cuts, the longest easing cycle for emerging market central banks since 2013, according to Reuters. 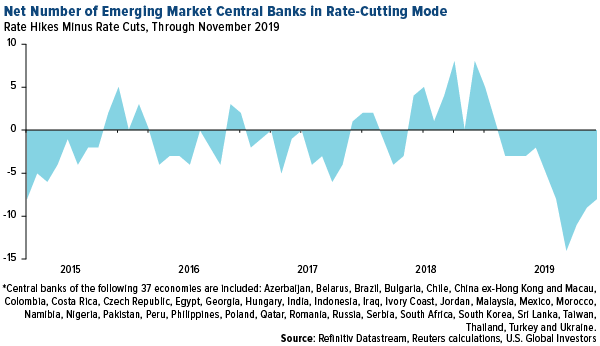 Where to Invest in a Low-Yield World

So what does this all mean? It means that central banks may be telescoping the possibility of an economic pullback. Should that happen, it’s unclear what other ammunition banks will have at their disposal.

More to the point, what can investors be doing to prepare for such a pullback? Right now, many are exiting stocks. According to the Wall Street Journal, analyzing Refinitiv data, investors have so far this year pulled $135.5 billion out of U.S. stock-focused mutual funds and ETFs—the most ever in a single year going back to 1992. A lot of this money has found its way into bonds and money market funds, assets that are perceived as safe haven investments.

But with yields near 0 percent on an inflation-adjusted basis, investors may be better served by focusing on another asset.

Again, take a look at what central banks are doing. Since 2010 they’ve been net buyers of gold, which has historically performed well in times of economic and financial turmoil. In 2018, they grew their gold holdings at the fastest pace in nearly 50 years.

As I’ve explained many times before, gold has been a good diversifier. It’s been shown to improve a portfolio’s Sharpe ratio, or its risk-adjusted returns relative to its peers, based on standard deviation.

All opinions expressed and data provided are subject to change without notice. Some of these opinions may not be appropriate to every investor. By clicking the links above, you will be directed to a third-party websites. U.S. Global Investors does not endorse all information supplied by this/these websites and is not responsible for its/their content.

Standard deviation is a measure of the dispersion of a set of data from its mean. The more spread apart the data, the higher the deviation. Standard deviation is also known as historical volatility. The S&P 500 Index is a widely recognized capitalization-weighted index of 500 common stock prices in U.S. companies. Diversification does not protect an investor from market risks and does not assure a profit.