The BCI at 262.9 is above last week's 262.4, and near the previous high for this business cycle indicated by the BCIp of 99.8. However, the 6-month smoothed annualized growth BCIg at 12.4 is up from last week’s 12.3. Both BCIp and BCIg are not signaling a recession. (BCIp needs to drop below 25, or BCIg needs to drop to below zero). 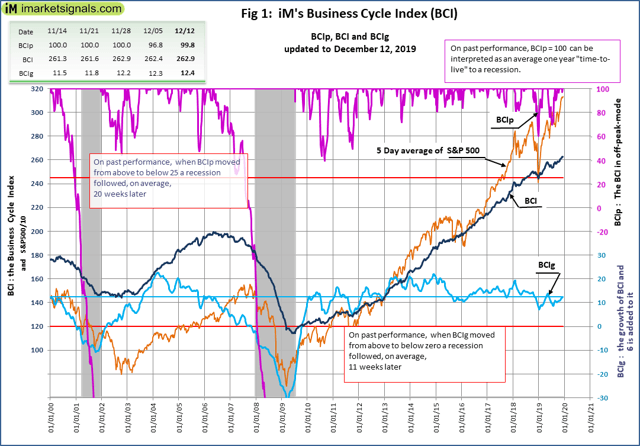 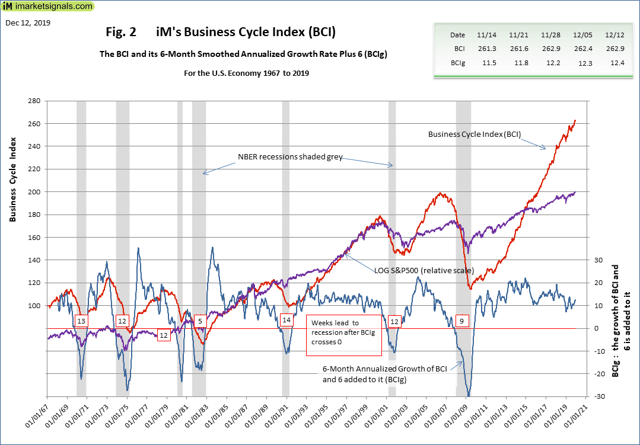 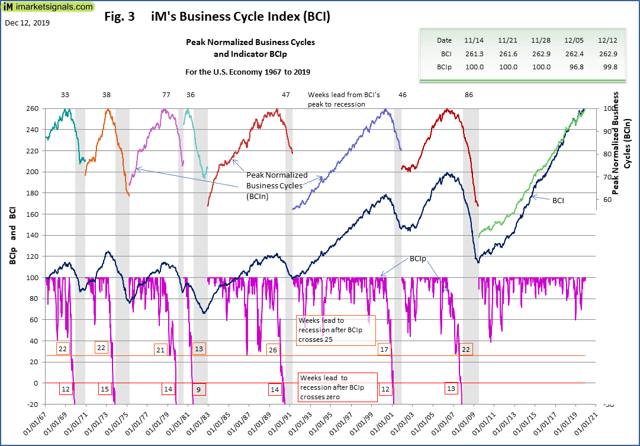 Additional disclosure: Disclaimer: The information provided is based on a mathematical model using public available economic data, and is not biased by any opinions from ourselves or those expressed by others. The charts depict the results of our model and are not influenced by any other factors except the updated parameters which the model uses. You are cautioned that forward-looking statements, which are based on the model's past performance, are subject to significant geopolitical, business, economic and competitive uncertainties and actual results could be materially different.