Raven Industries (RAVN) is an industry leader in agricultural solutions and composites. The company is not a well-known one, but helps farmers get better yields, creates balloons that can be seen in Macy’s Thanksgiving Day Parade, and makes large plastic coverings for the oil sector. The company is planning to invest heavily and transform its two biggest segments in a move that should reward patient shareholders that believe in a five-year plan. The company’s smallest business segment Aerostar is also set to get a lift as its partner Loon begins commercialization of balloon-powered internet to underserved regions of the world.

During a recent investor presentation titled “Boldly investing for exceptional growth,” Raven Industries showed investors how and why the company is putting so much focus into its two new growth areas. The company is aggressively investing in Raven Autonomy and Raven Composites “to drive a step change in our long term growth rate.” These two new growth areas enhance the already existing Applied Technology (Autonomy) and Engineered Films (Composites) business segments. With this new focus, Raven hopes to become an industry leader in both autonomous agriculture solutions and reinforced composites.

Raven Autonomy will put the company’s recent agriculture technology and acquisitions to the forefront. This includes slingshot-connected services and logistics, field path planning, connected workflow, perception and detection, and all-season machine and application control. The increased investment in this segment expands the addressable market of the Applied Tech division by 5x.

Here is a look at how the next few years will develop for the Raven Autonomy segment:

This shift of focus on autonomy in the agriculture segment makes business sense and will be a huge growth driver in the future, especially when the agriculture segment rebounds and farmers start making new purchases again. Raven helps farmers get better yield, lower labor costs, and help small and medium farmers increase profits. Two recent acquisitions greatly strengthen the move to autonomy and will increase Raven’s ability to lead the way in the future of farming equipment and management.

Raven announced the acquisition of Smart Ag in November. Smart Ag provides autonomous solutions for agriculture. The company’s products enable large-scale agriculture retailers to augment their operations and reduce their labor dependencies. Smart Ag was founded in 2014 and is known for its retrofit kits that automate farm equipment. The products are easy to use and modular for scalability. This acquisition also brings an established dealer network to Raven.

Raven’s other deal was for majority control of DOT Technology, a Raven partner for several years. DOT is a leader in autonomous agriculture. DOT is the designer and manufacturer of a unique U-shaped diesel power platform. The company was founded in 2017.

The growth of Raven Composites comes as the company tries to deliver rigid composite materials that replace heavier wood, metal, and other plastic materials. This helps improve appearance, strength, and durability of the new products. Raven Industries says that there is an increasing demand for thinner, lighter, and stronger composite materials. The new investments in this business segment help expand the total addressable market of the Engineered Films business segment by 5x. The new investments are also expected to double the compounded annual growth rate of the profits for Engineered Films over the next five years.

Here is a look at how the next five years will look for the Raven Composites strategy:

The company did not go into detail on the Aerostar business segment during its recent investor presentation. This segment was highlighted during a second quarter presentation and is a big focus of this article today. The Aerostar segment is responsible for “protecting and connecting the world.” The core product of this segment is focused on stratospheric balloon tech, where Raven is an industry leader. Aerostar offers turnkey stratospheric systems to include balloons, hardware, software, and electronics. The company is vertically integrated to handle design, manufacturing, integration, and operation of these products.

The reason I highlight the Aerostar division is the same as in my past RAVN articles. The company is a partner with Loon, a division of Alphabet (GOOG) (GOOGL). Aerostar is a strategic partner of Loon to help bring internet connection to underserved areas of the world. I previously wrote about Raven and a focus on Project Loon back in 2014 and 2015. Since that time, Loon has provided internet access to some regions after disasters and also completed lots more test runs with full commercialization now coming very soon. 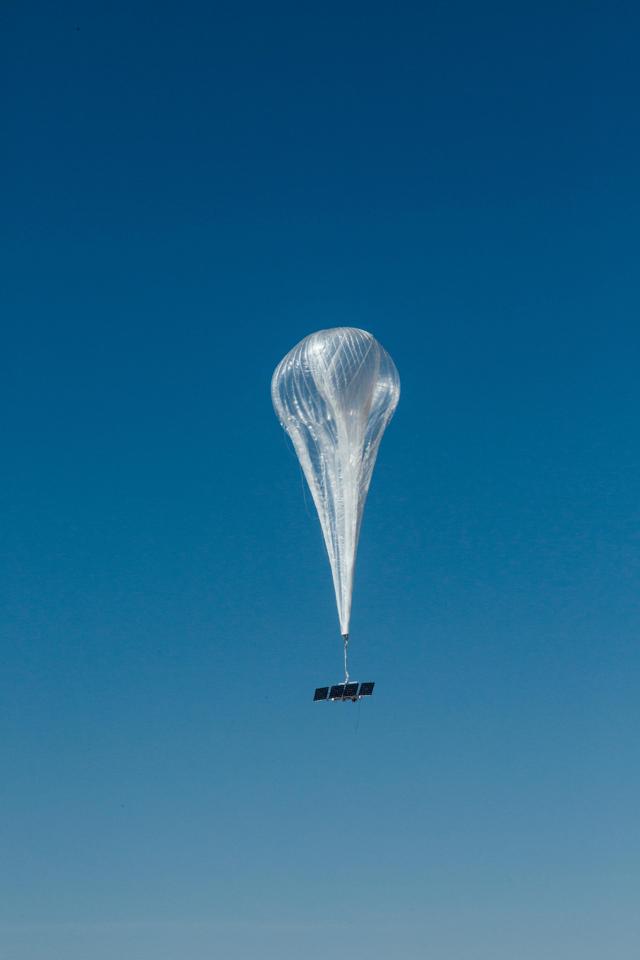 In July, Loon announced plans to bring its balloons to Kenya to provide internet access to one of the most underserved populations in the world. Since then, Loon has been anxiously awaiting full approval to begin launch of its balloons and the ability to offer internet through a partnership with a Kenyan communications partner.

On Monday (December 9th), Loon announced it had signed a key access airspace agreement with Uganda. This deal is important as the balloons in Kenya may get above the Ugandan stratosphere as they provide service to neighboring Kenya. The deal grants Loon overflight rights in Uganda. The tennis court-sized balloons float 20km above sea level, twice the altitude of commercial aircraft. On board solar panels power the balloons, which will provide 4G coverage to regions of Kenya. I believe this deal may have been one of the final steps for Kenyan officials to officially approve this commercialization. I eagerly await news that Loon in Kenya is a go. 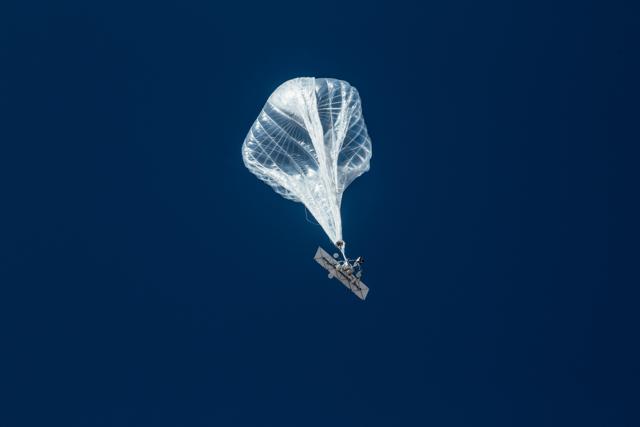 Photo: A Loon balloon in the air (Source: Loon)

Along with Kenya, Loon has also set its sights on Peru and a region of the Amazon. Loon partnered with Internet para Todos Peru, an open access wholesale rural mobile infrastructure operator. Loon is planning on serving parts of the Loreto Region, which has low internet penetration rates. Initial reports says Loreto has internet penetration 100% lower than Peru’s capital city Lima. Loon is hoping to offer internet to 15% of the Loreto region, where 200,000 people live. Telefonica customers will have the opportunity to connect to the internet via the Loon balloons.

The two countries that Loon is launching in show how close full commercialization of this is. Raven’s Aerostar division makes the balloons, which are the size of a tennis court. Many of them will need to be created as Loon scales this project and commercialization. Loon also recently created a new advisory board powered by mobile veterans. Craig McCaw, who started McCaw Cellular was named to the board. McCaw Cellular was one of the first cellular companies and was later sold to AT&T in 1994. Marni Walden, a former marketing executive at Verizon was also named to the board. Ian Small, a former Telefonica chief date officer and current CEO of Evernote, was also named to the board.

I would expect Raven to get some name drops in articles as Project Loon continues to announce new targeted countries for launch and when the Kenya deal officially kicks off. I would also expect Raven to cover some of the details on the fourth quarter earnings report or get asked for them by analysts. Demand should pick up and the Aerostar division could be the one to watch for Raven, despite the newfound focus on the other two. Loon has been working on this for years and Aerostar has enjoyed being a partner. That partnership is ready to pay off for Raven.

Third quarter revenue was $100.5 million, a decrease of 4.1% from the prior year. Revenue fell across all business segments in the third quarter. Sales for the Applied Technology segment fell 4.2% to $28.5 million. Sales for the Engineered Films segment fell 3.1% to $56.4 million. Aerostar revenue fell 8.0% to $15.7 million. Operating income fell 16.7% to $11.3 million. Lower sales and an increase in research and development costs led to the decline in operating income. The company expects operating income to decrease the next few years due to the five-year plan and the two new autonomy components.

The company’s quarter was hurt by continued weakness across agriculture and oil segments in the country. Reduced farm income has led to OEMs making less machines. In the Applied Technology segment, sales to OEM were down 13.5%. In the Engineered Films segment, agriculture and construction sectors there were gains, but energy and industrial had lower demand.

There were positives in the third quarter, despite the overall financial declines. Aftermarket sales in the Applied Technology segment were up 4.8% thanks to the shipments of the company’s VSN visual guidance technology. Two new contracts awarded to the Aerostar division were announced. These contracts total $10.4 million over the next twelve months.

Here is a look at how the company’s business segments have performed over the first nine months of the year:

Raven Industries continues to beat its peers on return on sales, return on equity, and return on assets. Weakness in agriculture has hurt the company’s financials, but that should pass within a couple of years. The company has made many smart bolt-on acquisitions. This new focus on growth markets should set the company up well for success over the next five years.

Shares of Raven Industries have traded between $27.32 and $41.39 over the last 52 weeks. Shares sit directly in the middle of that range at the time of writing. I believe investors should start accumulating shares here before the rebound in agriculture and the full commercialization of Project Loon. Shares should return to the $40 level that they have seen in parts of 2013, 2014, and 2018.