Devon Energy (NYSE:DVN) has sold a non-core asset and used the proceeds to boost its share buyback program, thereby setting a positive tone for 2020 in which returning capital to shareholders will be a priority. The decision also makes financial sense, considering the company has a great balance sheet, marked by low levels of debt, a favorable debt maturity profile, and robust liquidity. It can, therefore, use the excess cash to fund its buybacks, instead of debt reduction purposes. The Oklahoma City-based shale oil driller will likely generate strong levels of free cash flows in 2020, allowing it to continue rewarding shareholders with buybacks and dividends. 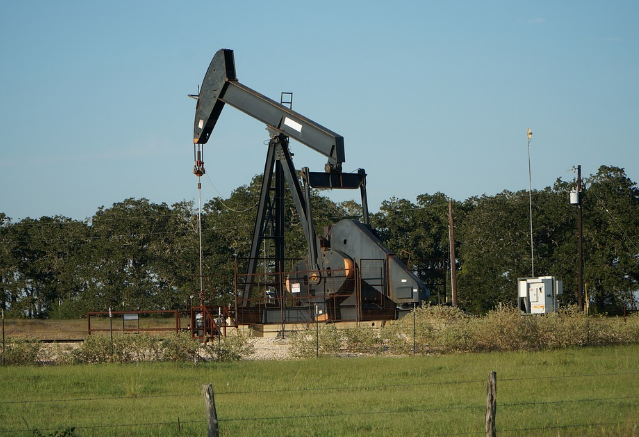 Devon Energy recently agreed to sell its natural gas-rich Barnett Shale assets to an affiliate of Kalnin Ventures for $770 million. This sale is in-line with Devon Energy’s vision to shed non-core assets and increase focus on the four high-margin shale oil-producing onshore properties in the US. The Barnett Shale assets had 4 trillion cubic feet equivalent of natural gas reserves and produced 597 million cubic feet equivalent per day in Q3-2019. The company expects to close the sale in Q2-2020, subject to customary terms and conditions.

At the same time, Devon Energy has lifted its share repurchase program by $1 billion, bringing the total authorization to $6 billion, which, I think sends a clear message that one of the company’s top priorities is to return capital to shareholders. Around $800 million of the increase is directly linked with the closing of Barnett Shale’s transaction. The company will complete the repurchase program by the end of 2020. So far, Devon Energy has spent $4.8 billion on buying back shares under the current authorization, which is equivalent to 80% of the updated repurchase plan. This is a needle-moving program for a company as large as Devon Energy and is having a positive impact on the per-share metrics. So far, the company has repurchased 30% of its common stock and could buy back an additional 46.6 million shares, which is equivalent to roughly 12% of the outstanding shares.

In my view, Devon Energy’s financial health is also in great shape. Therefore, the company can use excess cash for buying back shares, instead of debt reduction. In my previous article, I wrote that Wall Street will sharpen its focus on financial health in 2020, particularly if oil prices stay weak. I highlighted Pioneer Natural Resources (PXD) as the shale oil driller with the strongest balance sheet in the industry. Although Devon Energy carries higher levels of debt than Pioneer Natural Resources, the former’s balance sheet is still better than many other E&P companies.

At the end of the third quarter, Devon Energy carried a total of $4.295 billion of debt. This translates into a debt-to-equity ratio of 65.6% and a debt-to-EBITDA (ttm) ratio of 1.25, as per data from YCharts and Seeking Alpha Essential. The debt-to-equity ratio is higher than the large-cap peer median of 55.1% but the debt-to-EBITDA is lower than the peer median of 1.66x. The debt isn’t too high, particularly since it is backed by strong levels of earnings (EBITDA).

On top of this, Devon Energy also benefits from having robust liquidity which can help meet any short-term funding requirements. At the end of the third quarter, the company had $4.7 billion of liquidity which included $1.7 billion of cash and $3 billion available under the revolving credit facility.

Devon Energy benefits from having a low-cost asset base which enables the company to generate profits and free cash flows in a weak oil price environment while still growing production. The company wasn’t always a low-cost operator but it has sold its high-cost assets, including the Canadian heavy oil business which it divested for $2.88 billion and the Barnett Shale properties mentioned earlier, and is now focusing exclusively on four high-margin shale oil-producing assets in the US (Eagle Ford, Delaware Basin, Powder River, and STACK). By narrowing its focus on US shale oil assets, Devon Energy was able to reduce its cost structure.

Devon Energy is targeting $780 million of cost savings (annualized) by 2021 and expects to achieve 80% of these savings by the end of 2019. Its per-unit costs have declined by 16% from Q3-2018 to $11.86 per boe in Q3-2019. The company has now gotten to a point where it needs oil prices of just $48 a barrel to balance cash flows with capital expenditures. At a higher oil price, the company can generate free cash flows.

In the third quarter of 2019, Devon Energy showed its ability to generate profits and free cash flows with low oil prices. The company’s realized price for crude oil was $54.43 per barrel in Q3-2019 down from $65.27 in Q3-2018. This was also the lowest price seen in the last five quarters. But Devon Energy held up well in this period as it reported a profit of $103 million, or $0.26 per share, and free cash flows of $56 million. The company received support from an 11.7% increase in total production from retained assets to 325,000 boe per day. This growth was led by a 19.4% increase in oil production to 148,000 bpd which came almost entirely from the four key shale oil assets.

In 2020, Devon Energy will capitalize fully on the cost reduction measures undertaken in 2019. In the Delaware Basin, for instance, which makes the biggest contribution to Devon Energy’s oil production, the company has successfully brought its production costs down by 12% from Q3-2018 to $9.06 per boe in Q3-2019. The company will have the advantage of working with a low-cost structure from the start of 2020. At the same time, I think the company’s capital expenditures could decline in 2020 from 2019, particularly if it keeps making capital efficiency improvements in its oil-producing regions. Devon Energy has given its preliminary outlook for 2020 in which it has forecast between $1.7 billion to $1.9 billion of E&P capital for 2020 as compared to between $1.83 billion and $1.87 billion planned for 2019. At the mid-point, this implies a drop of $50 million.

Devon Energy expects to continue growing its production, albeit at a slower pace. The company has forecast a 7% to 9% increase in oil production in 2020. I expect Devon Energy to end the year by posting an increase in output from its four core US assets in Q4-2019 and carry this momentum forward in 2020. The company may also get support from oil prices if the commodity holds the recent gains. The WTI crude increased from $56 a barrel at the start of December to $62 at the time of this writing, driven in part by the slowdown in US shale oil production growth, expected increase in production cuts from OPEC+, growing tensions in the Middle East, and the easing of trade tensions as the US-China negotiators reach a preliminary agreement.

I believe the production growth and improvement in oil prices can lift Devon Energy’s profits and operating cash flows in 2020. The cost reduction will give a boost to the company’s margins and free cash flows. As indicated earlier, Devon Energy has already shown that it intends to return the excess cash to shareholders as dividends and buybacks. Therefore, I expect the company to use free cash flow to boost shareholder returns.

Devon Energy has been one of the best performing oil stocks of 2019, with its shares rising by 13.3% even as the persistent weakness and volatility in oil prices pushed the exploration and production (XOP) sector lower by 12%. I believe Devon Energy stock will likely continue doing well in 2020 as it generates strong levels of free cash flows, returns cash to shareholders, and increases oil production. The company’s shares, however, are trading 5x in terms of EV/EBITDA (fwd) multiple, as per data from Seeking Alpha Essential, which is lower than the sector’s median of 7x. I suggest investors should consider buying Devon Energy stock.