Whether you are considering the equity markets or the bond markets, it is essential to understand the central banks and what they are doing.

While you may think that the world's central banks have been sleeping lately, and that interest rates were on hold, and that their balances sheets were not growing, this would be a mistake.

Another fact you may wish to consider is the relationship between the S&P 500 and the growth in the global central banks' assets. 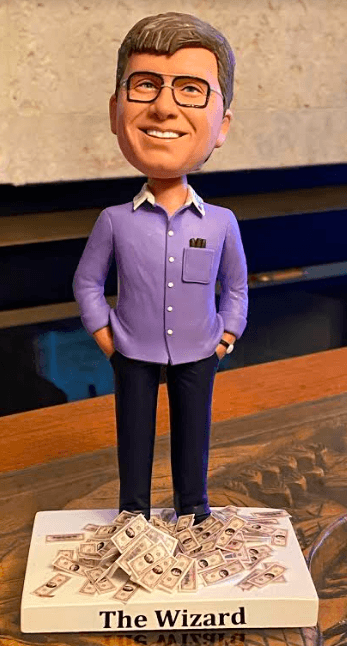 You Can't Fight the Central Banks

"Let me issue and control a nation's money and I care not who writes the laws."

When I was growing up in Kansas City, Missouri I often heard the expression that "You can't fight City Hall." This comment was based upon the observation that City Hall had more money and more resources than a corporation or an individual. The fundamental theory here was that City Hall had the taxing authority and could raise taxes, if needed, to deal with any major issues, which is something that a person, or a company, does not have available to them.

This notion has now been eclipsed, after the financial crisis of 2008/2009. What was said about City Hall was factual, in my opinion, but that have substantially less power, and cash, than a central bank. City Hall is limited by their taxing authority while a central bank has virtually no limits on the "Pixie Dust" money that they can create from a few computer keystrokes and at will.

Whether you are considering the equity markets, or the bond markets, I think it can be reasonably said that there is nothing, nothing and nothing, more important to consider, or understand, than the central banks, and what they are doing. In my view, revenues and earnings and profits are all way back in the pack now, as compared to the lead dogs which are the Fed, the European Central Bank, the Bank of Japan and the People's Bank of China. The people at these institutions are the only ones on the planet that won't go to jail for counterfeiting, making money, and they are not just "a force" but "THE force" to be reckoned with, as their decisions dominate and drive the markets.

While you may think that the world's central banks have been sleeping lately, and that interest rates were on hold, and that their balances sheets were not growing, this would be a mistake. In fact, according to Yardeini Research, the combined balance sheets of the major central banks now stand at $19.8 trillion which is up, in the last few months. Some analysis reveals that the world's central bank assets have risen approximately $1.1 trillion since the beginning of 2019. The Fed is at $4.1 trillion, the ECB at $5.2 trillion, the BOJ at $5.3 trillion and the PBOC at $5.2 trillion. In terms of a percentage of each nation's, or region's, GDP, in local currency, the Fed is at 17.4%, the ECB at 39.2%, the BOJ at 102% and the PBOC is at 36.8%.

Another piece of data that is worth some thought is what the Fed is doing with their balance sheet. Between 2014 and 2018 the Fed's purchases of Agency Debt and MBS pretty much flat-lined. Since 2018, however, the Fed's purchase of Agency Debt plus MBS has declined 23.3% which indicates to me a continuing process where Agency bonds will keep widening to Treasuries. No spike here, just an evolution of widening as they continue to cut back on their purchases in this sector.

The flip side of this equation is that the Fed is buying more and more U.S. Treasury securities. The effect of this will be to hold down Treasury bond yields and it is a boon for our government's cost of borrowing, as well. Also, since the Fed recently added Treasury Bills to the mix, our yield curve has normalized, as I predicted, and the calls that some type of recession was imminent, because of the inverted yield curve, have quietly faded into oblivion.

In terms of the American bond markets, our "Borrower's Paradise" continues with the yield on the 10 year Treasury up 25+ basis points on Friday and a yield of 1.80% today. "Polinomics" certainly came into play with the killing of the Iranian General. It was politics, and not economics, that drove the markets and I expect more of it in 2020 as the Iranians respond, as the Impeachment process forages ahead, and as other political issues flare up and cause market surges.

In my view, the hunt for yield will continue to be a major factor affecting the fixed-income markets as "Absolute Value" trumps "Relative Value" with yields this low. Then, if the equity markets no longer take up the slack, which they did last year, then yields are likely to be forced even lower by the actions of the central banks and the available cash that must be put to work somewhere. Compression is also coming into play with U.S. Treasuries -1.11% during the last three months as Corporates were up +1.02% and High Yield was up +3.31% during the same time period, according to Bloomberg data.

The times are difficult, and likely to become even more difficult, for insurance companies, retirees, university endowments and pension funds. Also, when you hover just off Zero, with the 3 month Treasury Bill at 1.52%, the effect of low rates on risk assets begins to lose momentum. If we are in a sustained period of low interest rates then, which is my take, then I think careful consideration must be given to the valuations of every asset class.

"Games are won by players who focus on the playing field - not by those whose eyes are glued to the scoreboard."

Follow Mark J. Grant and get email alerts
+
Add a comment
Disagree with this article? Submit your own.
To report a factual error in this article, click here.
Your feedback matters to us!