A great retailer is constantly transforming itself, constantly innovating and constantly investing in itself. When something is working, they pour money into it and watch it grow. When something is not working, they adjust their strategy, fix the problem, or sell or close stores. Being in the dreaded department store category, Macy’s (NYSE:M) has no doubt seen its share of criticism over the years, but I don’t believe Macy's has gotten enough credit for all of the things they are doing right. Sure they are a department store. They happen to be one of the best department stores. But the mantra on Wall Street is simply that department stores are dying and are not investable, even if they make piles of cash and sit on a treasure trove of real estate. But what else is inside Macy’s that isn’t being appreciated, and what catalysts are there to make people appreciate it in 2020 and beyond?

I have written before about Bluemercury, Macy’s luxury spa and beauty retailer. Bluemercury has grown rapidly over the years, up from 60 Stores in 2015 to 191 at the end of October 2019. They will no doubt cross over the 200 store mark in 2020 and with Bluemercury sales still growing by double-digits, there is no reason to assume that the store count growth will slow at any time in the intermediate future. This growth, coming from a completely separate brand, should excite investors, especially when they consider the reality that Bluemercury’s closest competitor, Ulta Beauty (ULTA), has roughly double the enterprise value and three times the market cap that Macy’s does. In other words, there is a ton of runway ahead for Bluemercury. 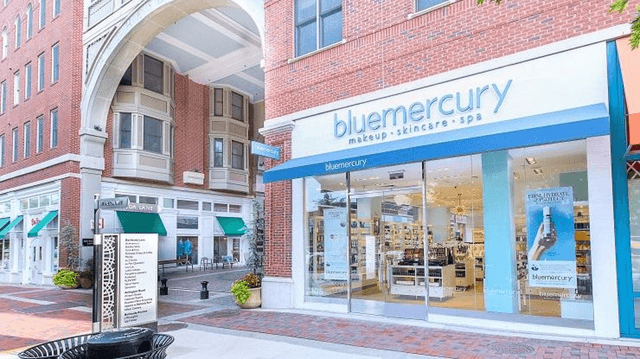 But something else is happening inside Macy’s that isn’t being appreciated by the market either, and that is the growth and success of Backstage. For those who don’t know, Backstage is Macy’s off price subsidiary. It was started in 2015 with a handful of freestanding stores and later shifted towards opening Backstage stores within existing Macy’s locations after Macy’s realized the positive impact that Backstage was having on the rest of their stores. Today Macy’s operates 222 Backstage locations, 7 of which are freestanding and 215 of which are located within Macy’s existing stores. 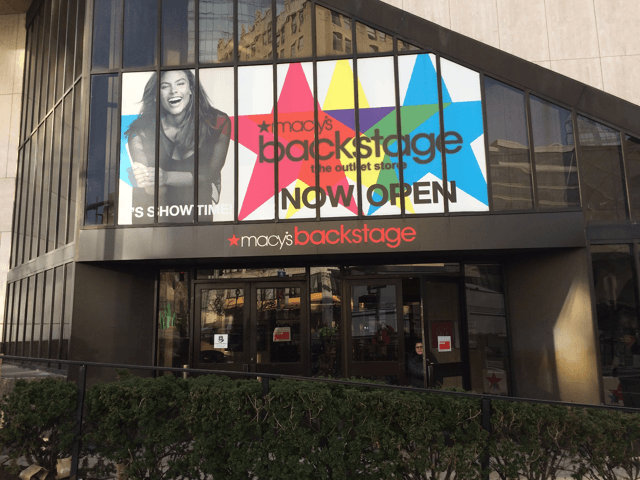 These locations are seeing a comparable sales lift in the mid-single digits, which as anyone who follows Macy’s knows, is clearly outperforming the rest of the department store base. 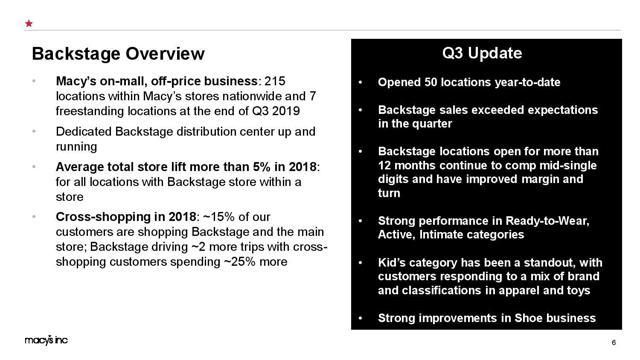 Macy’s management has taken note and opened 50 new Backstage stores in 2019. We will likely get a great look at Macy’s plans for Backstage in 2020 at Macy’s investor day in February, but commentary from the most recent conference call gives us a very clear hint of what’s to come:

So we're obviously very optimistic about what we have been able to accomplish in Backstage since we opened in a freestanding format back in 2015 and have now brought it into Macy's stores and was now over 200 locations. So to answer your question, I don't think we see the limit yet in Backstage. We see Backstage could play in every single one of our Macy's mall footprints. And we're looking very carefully at freestanding as well.

As it relates to Backstage, Backstage continues to exceed our expectations and specifically exceeded our expectations for the quarter. And this is very much driven by locations that have been opened up for more than a year. Those locations are running up mid-single digits year-over-year. And the locations are also improving in margin in turn. And we remain very confident in our Backstage initiative, Macy's get stronger and stronger in off-price every single day.

So clearly Macy’s management is well aware of the trend towards off price. They began building their off price retailer in 2015 and now they are seeing tremendously positive results from it and they are making greater moves in that direction with each passing day. Investors, however, continue to focus on Macy’s department stores, especially the negatively comping C and D mall locations, which are dragging down the rest of the chain.

One catalyst that emerged in 2019, however, is the situation that is going on with Stage Stores (SSI). Up until recently, Stage Stores was primarily a Midwestern chain of department stores operating under names like Stage, Bealls, Goody’s, and Palais Royal.

In 2017 Stage Stores began converting its department stores into off price stores under the name Gordmans. Management was so impressed with the initial success that by Q3 2019, Stage Stores had converted 158 of its 700+ stores to off price. The results were clear. Some of the stores began comping at astounding rates of +40%, which have lifted company-wide comps to above +17%. In September, Stage Stores announced its intent to convert essentially all of its stores into the off price format by the end of 2020. The news has sent its share price up 800% in just a few months.

Now, please don’t get carried away and assume that I am suggesting that Macy’s will convert all of its stores to exclusively off price or that its stock will rise 800%. I’m simply pointing out the reality that off price is working. People love it. Just look at the comps of retailers like TJ Maxx (TJX) and Ross (ROST). They are showing consistent mid-single digits comps year after year, and their management teams are doing exactly as they should by pouring money into expansion. Stage Stores’ management teams understand this as well, and they are completely abandoning the department store model and focusing exclusively on off price.

So all of these management teams are clearly aware of the fact that off price is working, and Wall Street has dramatically raised the share price of Stage Stores while giving TJ Maxx and Ross valuations of 25 times earnings. So why it is irrational to think that Macy’s should at a minimum be recognized for the fact that they began to focus on this space back in 2015 and are aggressively moving into it. Macy’s started Backstage from scratch, and has built an off price retailer with 222 locations, and as they clearly state in their most recent conference call, they believe they could have Backstage locations within every single Macy’s store, as well as freestanding locations. In fact, Macy’s just recently opened its first distribution center exclusively dedicated to Backstage.

So why is Wall Street not giving Macy’s any credit for Backstage? My guess is, the same reason they are not giving Macy’s any credit for Bluemercury. Because neither are big enough to definitively move the needle yet. Because even with 222 Backstage locations which are comping mid-single digits and almost 200 Bluemercury locations which are comping double-digits, the overall company has still been showing flat comps for the last few years.

But to think that Macy’s doesn’t have the ability to show sustainable comp growth is completely ignorant. It simply comes down to the reality that Macy’s is a tale of two cities. It has stores that get priority from management- the Growth150 locations, the flagship locations, the Bluemercury locations, and the Backstage locations that are all performing very well. But then there are the other stores, the C and D class mall locations that are dragging down everything that’s working. It is likely that the owners of these C and D mall locations are struggling as well and therefore are not reinvesting money back into their malls, and as a result, Macy’s is not pouring money into their stores at these malls either. The endgame of this is most likely that these stores will eventually fade away.

As these stores are closed, their leases will stop burdening Macy’s income statement, or their underlying real estate will be sold and Macy’s will get a cash infusion that can be used to repay debt and reinvest elsewhere. In other words, Macy’s will do the right thing, Wall Street just doesn’t care because it’s not moving the needle yet.

Yet another bond tender continues to de-risk Macy’s

In all, Macy’s has reduced their debt by over $3 billion since 2014, something that is wildly under appreciated by skeptics who continue to ignore the reality that repaying this much debt drastically de-risks the company.

The fact that Macy’s lower tier mall locations are underperforming is taking center stage with Wall Street right now. But that reality doesn’t mean that Macy’s is a doomed stock. In fact, the continued and rapid growth of both Bluemercury and Backstage, which are the future growth engines for Macy’s, set the stage for a very strong rebound in its share price. The only problem is, I just don’t know when that rebound will begin.

In the meantime, Macy’s still has tens of billions of real estate and owned inventory to serve as your margin of safety. The cash flow from Macy’s department stores will continue to whittle away debt going forward, and Macy’s dividend will pay you handsomely while you wait for the needle to move.

The reality is, all Macy’s really needs to get its share price up is for investors to have a little confidence that the future is going to get better. Simply showing consistent sales growth and the ability to leverage SG&A would allow Macy’s stock to take off like a rocket. After all, look at the P/E ratios of the direct competitors that Bluemercury and Backstage face. Ulta Beauty trades north of 20 times earnings, TJ Maxx and Ross both trade for 25 times earnings. Meanwhile, Stage Stores’ share price is up 800% since September when it announced its plans for a full conversion to off-price.

Wall Street will turn on a dime if it has a reason to believe the story has changed. The turnaround in sentiment at Stage Stores is proof of that. Macy’s Investors would be wise to pay attention to what is happening with Stage Stores. If their transition from department store to off-price succeeds, it will add even more incentive to Macy’s to further accelerate the growth of Backstage.

Healthy Wealth Coach
2.57K Followers
I am a value oriented, contrarian investor with almost 3 decades of experience in the stock market and fifteen years of experience investing in real estate. In the stock market I have found that the best investing opportunities occur when quality companies are priced for incredible stress or even complete failure by the ever manic-depressive Mr. Market. I find myself the most interested in companies when the market is overwhelmingly pessimistic towards them.
Follow

Disclosure: I am/we are long M. I wrote this article myself, and it expresses my own opinions. I am not receiving compensation for it (other than from Seeking Alpha). I have no business relationship with any company whose stock is mentioned in this article.