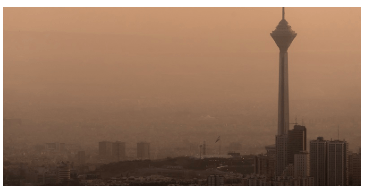 Weekly Market Compass: The conflict in the Middle East could pressure business sentiment

2019 was a great year for markets, and equities delivered strong returns for the year. US stocks led the way at 29.07%, Chinese stocks returned 20.94%, European stocks returned 20.03%, and emerging markets delivered 15.42%.1 But the ride wasn't always smooth, with ongoing geopolitical sagas (like Brexit) and short-term market events (like the inverted yield curve) rattling markets - and investors' resolve - along the way.

As 2020 begins, some of the issues we're watching remain the same, and others are just beginning to take shape. Below are five issues that we are monitoring closely in January.

Issues to watch in January

Brexit refers to the scheduled exit of the UK from the European Union.

The Federal Reserve's "dot plot" is a chart that the central bank uses to illustrate its outlook for the path of interest rates.

The reserve ratio is the portion of reservable liabilities that commercial banks must hold, rather than lend or invest. This requirement is determined by each country's central bank.

The MSCI USA Index measures the performance of the large- and mid-cap segments of the US market.

The MSCI Europe Index is an unmanaged index considered representative of European stocks.

The opinions referenced above are those of the author as of Jan. 6, 2020. These comments should not be construed as recommendations, but as an illustration of broader themes. Forward-looking statements are not guarantees of future results. They involve risks, uncertainties and assumptions; there can be no assurance that actual results will not differ materially from expectations.

5 issues for investors to watch in January by Invesco US

Kristina Hooper
1.42K Followers
Kristina Hooper, CFP, CAIA, CIMA, ChFC, is Global Market Strategist at Invesco US. She earned a B.A. from Wellesley College, a J.D. from Pace Law and an M.B.A. in finance from NYU, where she was a teaching fellow in macroeconomics.
Follow
1 Comment
To ensure this doesn’t happen in the future, please enable Javascript and cookies in your browser.
Is this happening to you frequently? Please report it on our feedback forum.
If you have an ad-blocker enabled you may be blocked from proceeding. Please disable your ad-blocker and refresh.