Qualcomm's shipments of Snapdragon chipsets have declined and a catalyst is needed for a turnaround.

5G is seen as the answer, and Qualcomm has come up with new Snapdragons to take advantage of.

A wide range of factors may conspire to limit the uptake of the latest Snapdragons even with 5G rolling out.

Qualcomm could be the big winner in 5G, but such an outcome is dependent on factors that are beyond its control.

Qualcomm (QCOM) revealed its latest Snapdragon SoCs at the Snapdragon Tech Summit. These chipsets will have to carry the day for Qualcomm in 2020. Demand for chipsets is falling, but the new additions are expected to change that. However, there are a number of wildcards that could affect what kind of year Qualcomm will have in 2020. What these wildcards are will be covered next.

Snapdragons need a boost in demand

The latest additions to the Snapdragon lineup come at an important time. To understand why it's necessary to look at the state Qualcomm is currently at. Sales of smartphones have been weak and that has affected Qualcomm as the leading supplier of mobile SoCs.

The latest quarterly report reaffirms this. Revenue and EBT declined in Q4 and for all of 2019. While both QTL and QCT had their issues, the latter segment was worse off. Falling revenue at QCT was driven by lower chipset shipments. Shipments dropped from 855M to 650M in FY2019.

Against this backdrop, it's understandable why Qualcomm needs something to revive chipset shipments. The good news is that Qualcomm seems to have a solution in 5G. In order to use the latest cellular standard, handsets must have new chipsets that are 5G-compatible. This is where the new Snapdragons from Qualcomm come in.

A big reason why smartphone sales have been declining is that many consumers have been waiting for 5G-compatible handsets. The hope is that 5G-compatible smartphones will revive the smartphone market, which benefits Qualcomm. The latest Snapdragon chipsets are supposed to set things straight at QCT. Their success in the marketplace or lack thereof will be crucial to Qualcomm in 2020.

Given the importance of 5G to Qualcomm, it's no surprise that the new Snapdragon chipsets come with 5G support as their defining feature. Qualcomm already had the X50 modem for 5G, but it suffered from a number of shortcomings. For instance, it lacked several important features like SA and multi-mode support.

To address these issues, Qualcomm introduced the Snapdragon 865 for high-end models and the Snapdragon 765/765G for mid-range handsets. Both come with an extensive set of features, including support for Sub-6GHz and mmWave frequency spectrum. In contrast, most of Qualcomm's competitors have omitted mmWave support in their SoCs.

A major difference is that the 765 comes with an integrated modem, the X52. But the 865 requires a separate or discrete modem, the X55, which was not expected. According to Qualcomm, the reason why they chose to do this is to enable their solution to run at maximum performance.

Qualcomm is counting on 5G to drive business. It's optimistic about its prospects in the market for 5G chipsets as the table below indicates. Chipsets are projected to grow by $9B over the next three years.

The rapid proliferation of 5G handsets means that there's a tremendous opportunity for Qualcomm. The latest Snapdragons are regarded as the most advanced SoCs for 5G handsets. However, having the best specs does not always make you the winner in the world of tech. There are other factors that could become headwinds and limit Qualcomm.

While 5G is being rolled out, there remains a number of technical issues. Both on the handset side and on the infrastructure side. For instance, most 5G handsets currently use the Snapdragon 855 in combination with a discrete X50 modem. There have been complaints that this combo generates excessive heat, which causes smartphones to throttle or slow down to cool off.

"On a hot Las Vegas morning, my two Galaxy S10 5G phones kept overheating and dropping to 4G. This behavior is happening with all of the millimeter-wave, first-generation, Qualcomm X50-based phones when temperatures hit or exceed 85 degrees. We saw it with T-Mobile in New York, with Verizon in Providence, and now with AT&T in Las Vegas. It's happened on Samsung and LG phones, with Samsung, Ericsson, and Nokia network hardware."

Qualcomm says that power consumption is something they've been working on in their latest Snapdragons.

On the other hand, Qualcomm's use of a discrete modem with the Snapdragon 865 means that power savings will be less than what they could've been with a single chip solution. It could also be an indication that heat generation remains a work in progress for Qualcomm.

5G handsets already require more power than older handsets, especially if they're mmWave compatible like they have to be in the U.S. They need more radio frequency front-end ("RFFE") modules, all of which eat up battery life and raises costs. Higher prices, shorter battery life than people are used to and the need to throttle performance to conserve power could combine to give U.S. consumers a less than fulfilling experience with 5G handsets.

This could sway consumers towards sticking with their current 4G handsets. Especially if there's no compelling reason for them to upgrade in terms of apps. Applications that utilize 5G are lagging behind and will need time to mature. The lack of a "killer app" could temper the need for consumers to go out and get a 5G handset.

Problems could also be present on the infrastructure side of things. For instance, most U.S. carriers rely on a combination of low-band and high-band/mmWave spectrum for 5G. In practice, this means that many people in the U.S. will have to put up with slower connections that what they probably expect.

According to a survey conducted by GSMA in the U.S., speed is cited as the number one reason for people wanting to upgrade to 5G. But speed is not a strength of low-band 5G. mmWave is more suitable, but coverage is lacking due to high cost.

The survey also points out that most people want to pay the same amount for 5G or at most 10% more. This could be a problem for original equipment manufacturers ("OEMs") because 5G handsets will be more expensive to make. Not only are 5G SoCs more expensive, but more complex RFFE drives up costs. OEMs and carriers will have to raise prices or accept lower margins, neither of which are attractive.

If people are not satisfied with 5G, sales of 5G handsets could suffer as a result. People could get the impression that 5G is not all it's cracked up to be. This would not be in the interest of Qualcomm, which is hoping for increased sales of 5G smartphones.

According to GSMA, China is projected to have the greatest number of 5G connections at 600M by 2025. About 18% of global connections will have adopted 5G by 2025.

China has a huge population and the fact that it has deployed the greatest number of 5G base stations means that China will have the most 5G users in 2020. What happens in China with 5G will have an impact on Qualcomm. However, the Chinese market is going through changes. It used to be that the market was divided among several OEMs, but that is changing. Huawei is now the clear front runner.

Huawei gains are a headwind for Qualcomm. Huawei once relied on Snapdragons, but Huawei has come to depend on its own Kirin chips for various reasons. And for every smartphone out there with a Kirin chip, there is one less for Qualcomm.

The tech war between the U.S. and China seems to have swayed Chinese consumers in favor of Huawei. Nevertheless, Qualcomm has scored hundreds of design wins, including many with Chinese OEMs. But Chinese OEMs seem to be hedging their bets by looking for alternatives to Qualcomm. For example, Vivo recently announced that it will use 5G SoCs from Samsung (OTC:SSNLF). While smaller OEMs have chosen Samsung before, it's the first time that a major OEM in China has picked Samsung. Other suppliers like Mediatek are also sensing that the winds are changing in China. These developments are not in favor of Qualcomm if they persist. 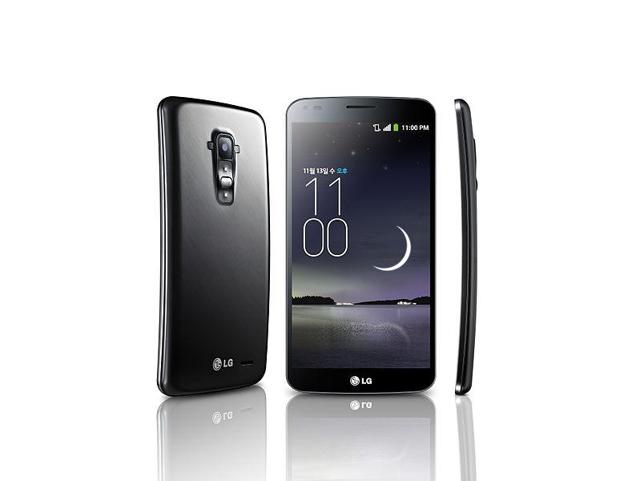 Qualcomm's revenue comes from IP licensing and as a supplier of mobile chipsets. Qualcomm needs a catalyst with the latter struggling, and the company is looking at 5G as the answer. Qualcomm has come up with a great lineup of new Snapdragons to take advantage of 5G, but that alone is not going to get it done. There's more to it.

Some people may argue that Qualcomm having the best SoCs guarantees that it will be the big winner in 5G, but that argument is debatable. Qualcomm may have the best, but that does not necessarily mean that its solutions will be picked by carriers, OEMs or the average consumer. Other factors can play a role.

Shipments of Snapdragons will inevitably depend on the rate of adoption and a wide range of technical issues could slow down 5G adoption in the U.S. A smartphone equipped with the best 5G chip cannot make up for a poorly constructed cellular network offering 5G services that cannot offer much-added value to the consumer. A 5G handset can only be as good as the network that supports it. Building the network is the responsibility of the carriers and those in the U.S. are dealing with many challenges on that front. This article goes deeper into it.

Similarly, OEMs are also confronting several issues with 5G handsets. One of them relates to Qualcomm and has to do with mmWave support. The OEMs and Qualcomm are on opposite sides on this issue. Widespread adoption of mmWave would greatly benefit Qualcomm, but mmWave is problematic for OEMs. For instance, incorporating mmWave complicates design by taking up valuable space. mmWave support basically means lower margins for OEMs.

Of all the OEMs, the one that could be the biggest wildcard for Qualcomm is probably Huawei. It's possible that Huawei could end 2020 as the OEM that has shipped the greatest number of 5G handsets due to the dynamics in the Chinese market. This is not good for Qualcomm.

In a nutshell, there are a number of wildcards that could shape the fortunes of Qualcomm in 2020. This is the year 5G takes off and Qualcomm is perceived to benefit from this. Quite a few people are bullish on Qualcomm for exactly this reason. Qualcomm may turn out to the big winner in 5G, but there are several reasons why it may have less of a turnaround in 2020 than expected.

Nonetheless, my primary reason for being neutral on Qualcomm has to do with the unresolved legal issues. Without a resolution, Qualcomm's prospects are murky. For now, it's standing on the sidelines.

Follow MarketGyrations and get email alerts
+
Add a comment
Disagree with this article? Submit your own.
To report a factual error in this article, click here.
Your feedback matters to us!