I have covered Transocean (NYSE:NYSE:RIG) previously, so investors should view this as an update to my earlier articles on the company.

A little over two months ago, I considered leading offshore drilling services provider Transocean's shares "an interesting trading opportunity" after management not only reiterated its usual upbeat industry view on the company's Q3/2019 conference call but actually offered some encouraging data points to underscore its assessment.

In addition, I expected investors to become somewhat more constructive on the offshore drilling industry going into 2020 given increased customer demand and anticipated higher utilization levels which should bode well for further dayrate increases. 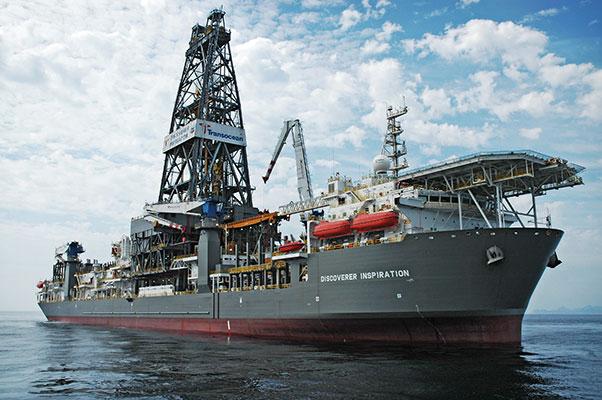 Since then, the stock has increased by almost 50% at the peak of the recent recovery rally which was fueled not only by the anticipated shift in investor sentiment but also by rising oil prices amidst increased geopolitical tensions. Even after this week's major setback, the shares are still up by more than 70% from recent 52-week-lows.

That said, many of the company's peers have done even better in recent weeks with some of the most distressed players taking the lead:

At least equally important, bond prices have also recovered across the board. For example, fellow contributor Left Brain Investment Research highlighted Transocean's 2027 7.45% senior unsecured notes as a potential bargain in an article just seven weeks ago. Since then, the bonds have recovered by almost 20%, quite a movement for a fixed-interest security within just a couple of weeks. And while some of the company's longer-dated bonds are still trading at somewhat distressed levels, they have rallied even stronger from recent lows.

Apparently, the recent, material improvements in the debt markets did not go unnoticed by Transocean's management as the company decided to test the unsecured debt markets for the first time in over a year:

Transocean intends to use the net proceeds from this offering to refinance, repurchase and/or redeem certain of its existing indebtedness in one or more transactions, and/or for general corporate purposes.

Remember, the company botched a similar, but considerable larger notes offering in mid-2016 as the deal ended up being downsized and priced at an industry-high interest rate of 9.00% at that time.

But this time, the transaction went smoothly, with pricing announced just hours after commencement. Granted, the 8.00% coupon isn't exactly something to write home about but could still contribute to lower the company's interest obligations somewhat if proceeds will be directed towards further reducing outstanding amounts under the unfortunate 9.00% notes discussed above.

Over the past couple of quarters, Transocean has been already focused on reducing the outstanding amount ($753 million as of September 30, 2019) under these particular bonds due in July 2023 in order to avoid a covenant-related early expiration of the company's $1.3 billion secured credit facility in April 2023.

With the debt markets apparently open again, I would expect peer Valaris (VAL) to follow suit with a previously contemplated secured debt offering in the not too distant future.

As usual, timing will be of the essence as oil price spikes caused by geopolitical events usually reverse within rather short notice.

To support the offering, Transocean also provided an update on recent contract awards:

Transocean Ltd. announced today that as the offshore drilling market continues to improve, the company is observing an increase in contract opportunities for its ultra-deepwater and harsh environment drilling services.

In total, approximately $353 million in contract awards have been secured since the company released its most recent fleet status report on October 17, 2019:

Investors should note that the contracts for the "Leiv Eiriksson" and "Development Driller III" have been disclosed previously while the "Deepwater Inspiration" will soon roll off an ultra-high margin legacy contract with Chevron (CVX). Under the new dayrate of $210,000, Transocean will suffer a $30+ million quarterly cash flow hit. That said, even at the new dayrate, the rig will still generate positive cash flows from operations which is obviously much better than sitting idle.

In addition, the exercise of some inexpensive options by operators of the "Deepwater Invictus" and "Deepwater Nautilus" doesn't exactly look great from a dayrate perspective but should not come as a major surprise either.

Also keep in mind that the company has a $800+ million quarterly revenue run rate. While contract activity has picked up substantially from the painfully weak October 2019 fleet status report, the calculated book-to-bill ratio of 0.44 will actually result in a further reduction to overall backlog.

Moreover, Transocean did not manage to put idle rigs back to work like, for example, the "Deepwater Orion" (former "Ocean Rig Poseidon").

In sum, the new awards appear insufficient to make up for the cash flow impact from the upcoming expiration of the high-margin "Deepwater Inspiration" contract.

That said, the overall dayrate picture continues to improve with no sub-$200,000 contracts signed outside of customer option exercises anymore.

I would expect net proceeds to be used for redemption of the company's 2023 9.00% senior unsecured notes thus further improving its debt maturity profile.

That said, the general picture hasn't really changed. The industry urgently needs a return of real pricing power to proactively deal with outsized debt maturities kicking in around 2022/2023.

As usual, movement in industry stocks will remain highly correlated with oil prices but investors should abstain from chasing the shares on geopolitical events as these rallies tend to be rather short-lived.

Henrik Alex
13.52K Followers
I am mostly a trader engaging in both long and short bets intraday and occasionally over the short- to medium term. My historical focus has been mostly on tech stocks but over the past couple of years I have also started broad coverage of the offshore drilling and supply industry as well as the shipping industry in general (tankers, containers, drybulk). In addition, I am having a close eye on the still nascent fuel cell industry.I am located in Germany and have worked quite some time as an auditor for PricewaterhouseCoopers before becoming a daytrader almost 20 years ago. During this time, I managed to successfully maneuver the burst of the dotcom bubble and the aftermath of the world trade center attacks as well as the subprime crisis.Despite not being a native speaker, I always try to deliver high quality research at no charge to followers and the entire Seeking Alpha community.
Follow

73 Comments
To ensure this doesn’t happen in the future, please enable Javascript and cookies in your browser.
Is this happening to you frequently? Please report it on our feedback forum.
If you have an ad-blocker enabled you may be blocked from proceeding. Please disable your ad-blocker and refresh.