Aside from general retail headwinds, we believe direct-to-consumer strategies pose a risk to some of Hibbett's business.

Even at today's depressed valuation, we believe there is too much uncertainty in Hibbett's future and are steering clear.

Hibbett Sports (HIBB) was founded in 1945 by Rufus Hibbett and was originally named Dixie Supply Co. The company went public in 1996 and for the past decade has been led by Jeff Rosenthal. Michael Longo recently took over as Chief Executive Officer and Chairman of the Board after Rosenthal's retirement. 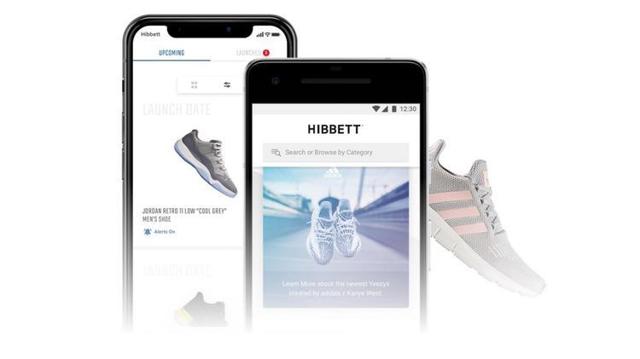 The company's shares have performed extraordinarily well in the past year amid a toughening retail environment. Margins have felt pressures due to increased costs and a slowing top line. With a clean balance sheet, the footwear retailer is in much better shape than some of its industry peers - yet we still see significant uncertainty in the company's prospects.

Declining foot traffic has placed pressure on U.S. malls - with Hibbett Sports being a widely present tenant in both strip malls and enclosed malls, the company has felt the effects through slowing growth in their top line. We fear that alongside a tough brick-and-mortar retail environment, companies placing a higher emphasis on direct-to-consumer channels can adversely impact third-party retailers like Hibbett. With this much uncertainty, we would keep our distance - in spite of a compressed valuation and clean balance sheet, we see little protection from what are largely external forces 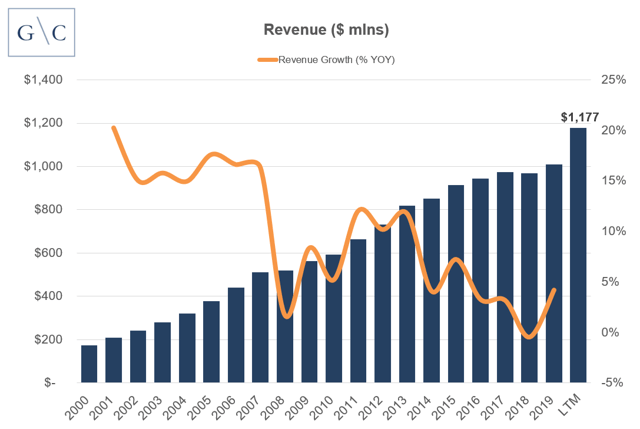 Revenue has grown at a healthy rate over the long run, with total sales reaching ~$1.2 billion in the past year. A primary contributor to recent growth numbers has been the company's 2018 acquisition of City Gear. Over time, the company's top line growth has decelerated - the retail environment in the U.S. continues to heat up as an increasing percentage of commerce is conducted online.

On top of this, many companies have been placing an emphasis on a direct-to-consumer relationship - some companies have built billion-dollar enterprises with no third-party retailers in between them and the consumer. We believe these trends will prove to be secular, and can have potentially adverse effects on third-party retailers like Hibbett Sports.

Management has made great efforts with optimizing the customer experience - in 2019, the company launched a new mobile application with optionality such as Buy Online, Pick-up In Store (BOPIS) and Reserve Online, Pick-up In Store (ROPIS). Although beneficial, offerings like BOPIS and ROPIS are far from new - most U.S. retailers will offer something similar. Additionally, a large portion of the company's e-commerce sales come at a cost. 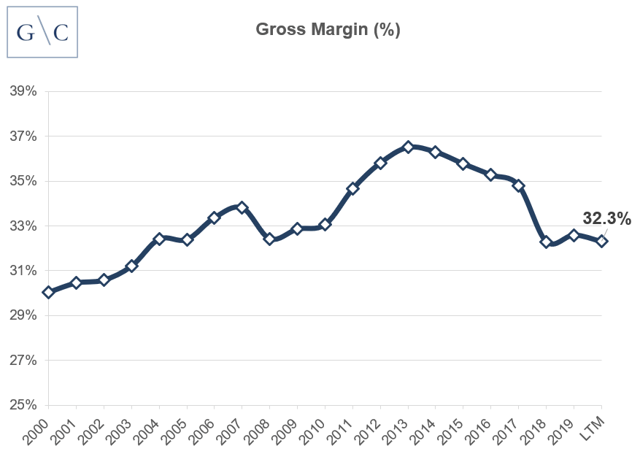 The company has seen their gross margin contract as a result of a relatively higher cost structure associated with e-commerce sales (e.g., freight). As the company's online presence expands, and e-commerce continues to take a bigger share of total sales, it's possible for compression to continue in the short run. Factors which can benefit the company's gross margin profile include the closure of underperforming stores.

When it comes to the company's balance sheet, Hibbett seems to be in a fairly healthy position. Cash & equivalents total over $77 million while debt is comprised of a credit revolver with an outstanding balance of ~$8 million. Compared to other industry peers, the company is in a good position - with little financial burden, attention can be directed to more critical aspects of the business.

The company's P/E ratio has fluctuated considerably alongside its growth prospects - today, we believe the company's prospects are mixed and see the depressed valuation as warranted. There are some improvements being seen, and strong execution on behalf of new management, yet whether or not this will be enough to take the company's cost structure back to where it used to be is a big question mark in our eyes. 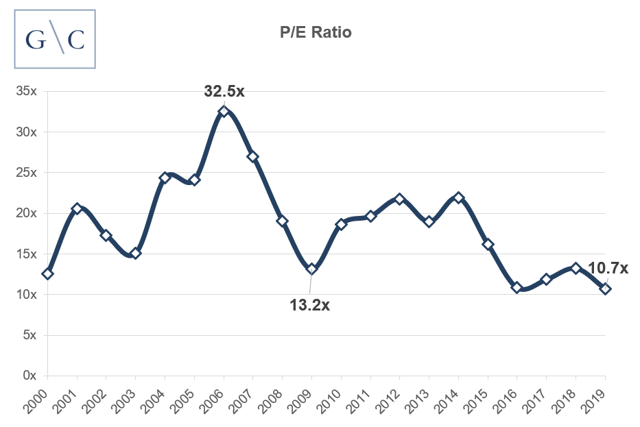 We believe that in order for investors to see a healthy return, costs must be pulled back to help drive margins. Although margins did see a slight uptick in the most recent quarter, we remain skeptical.

At today's price, the company looks fairly valued, although we believe a combination of factors - mostly external - will continue to place pressure on Hibbett. We don't see the dynamics changing anytime soon, and as a result would steer clear of Hibbett Sports.

Follow Gainsboro Capital and get email alerts
+
Add a comment
Disagree with this article? Submit your own.
To report a factual error in this article, click here.
Your feedback matters to us!