This article examines the best and worst performing mid-cap stocks in 2019.

By examining the tails of the return distribution, we can gain improved insight into different portfolio return drivers.

Up 26%, it was a good year in absolute terms for mid-cap stocks, but a bad year in relative terms versus large-cap stocks which gained 31%.

The best and worst performing decile of stocks saw extreme returns as detailed herein, which may provide fodder for opportunistic stock pickers.

In the table below, I have listed the 40 worst performing current S&P Mid-Cap 400 constituents over the course of 2019. 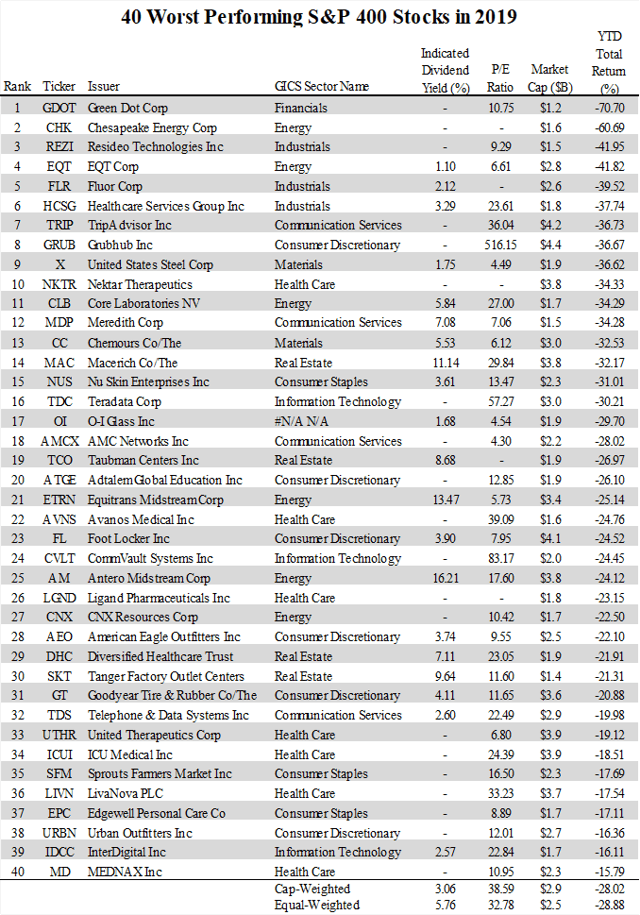 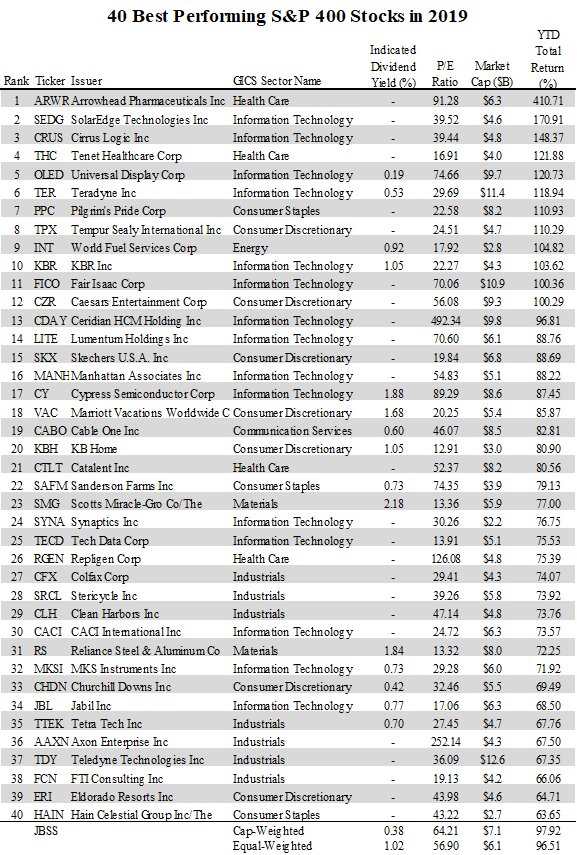 Like the large-cap index, Technology stocks were the most frequent sector on the leaderboard. Of the top performing decile of mid-cap stocks, tech represented a whopping 41% of the market cap. In the large-cap index, that figure was even higher (76%) as the nearly 50% return of tech drove the large cap index returns. 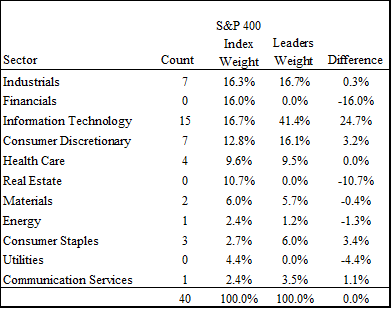 In a related note, the last year marked the third straight year of underperformance for the mid-cap index versus the large cap index, its longest streak of underperformance since the mid-to-late 1990s run-up to the tech bubble. While this article painted mid-caps as stuck in the middle between the high-flying large caps and the lagging small-caps, mid-caps have demonstrated relative leadership in past downturns.

Mid-caps showed a wide distribution of returns in 2019, but the tail of the distribution was not as ugly as in the small-cap space where there is a narrower distance to default. I hope this last piece of the series on 2019 performance can aid potential stock pickers sifting through either value opportunities or potential momentum stories.

Disclaimer: My articles may contain statements and projections that are forward-looking in nature, and therefore inherently subject to numerous risks, uncertainties and assumptions. While my articles focus on generating long-term risk-adjusted returns, investment decisions necessarily involve the risk of loss of principal. Individual investor circumstances vary significantly, and information gleaned from my articles should be applied to your own unique investment situation, objectives, risk tolerance, and investment horizon.

Disclosure: I am/we are long SPY,IJR. I wrote this article myself, and it expresses my own opinions. I am not receiving compensation for it (other than from Seeking Alpha). I have no business relationship with any company whose stock is mentioned in this article.

Additional disclosure: While not long MDY, I do have exposure to low volatility mid-cap (XMLV) and mid-cap dividend growth funds (REGL).

Follow Ploutos and get email alerts
+
Add a comment
Disagree with this article? Submit your own.
To report a factual error in this article, click here.
Your feedback matters to us!