The share price of Nordic American Tankers Limited (NYSE:NAT) more than doubled from $2.08 on September 25th to $4.98 on January 9th. The Chairman and CEO, Herbjorn Hansson, says that the market is strong “with or without political uncertainty.” I believe such a statement is a misinterpretation of the politics that caused rates to spike, and that they will collapse once the Iranian sanctions are ended, which I expect in 2020, prior to the presidential election, see The Groundwork Is Laid for A New Nuclear Deal – And Lifting of Sanctions.

Press Release: Bonanza in the tanker market is continuing.

The good market for all our tankers is continuing.

We started the New Year and the new quarter with booking one of our 23 Suezmax tankers for a Time Charter Equivalent (TCE) in excess of $100,000/day. Although this type of rates cannot be expected for all our vessels in all areas, it is another confirmation of the strength of the market. Our operating costs are $8,000/day for each vessel.

During the last few days, we have seen political uncertainty in the Middle East, a center for seaborne oil transportation.

As we have repeatedly stated in our reports, political uncertainty is often positive for the tanker market. Dislocation of oil production now leads to longer transportation distances.

With or without political uncertainty, the tanker market is strong. On that note, we would like to wish everyone a good tanker year!

The Trump administration sought to cut Iran’s crude exports to zero after it pulled out of the Joint Comprehensive Plan of Action (JCPOA), also known as the Iran nuclear deal. But China remained a stubborn customer of oil from Iran, continuing to directly buy its oil or store it for future purchases before it cleared customs. Seeking to force China to reduce the purchases, the U.S. Treasury Department slapped sanctions on September 25th on four Chinese shipping companies, including COSCO’s Dalian tanker unit.

According to IHS Markit:

The move sent freight rates skyrocketing across the board, with the USGC-East Asia route for a VLCC shooting up to as much as $23.6 million, a fixture list showed. It is not known if the booking was failed. Prior to these disruptions to the shipping industry, a similar booking only cost $6.2 million on Sept. 9.”

COSCO Dalian and its subsidiaries own 43 oil tankers, including 26 very large crude carriers (VLCCs). The 26 COSCO Dalian VLCCs represent 3.3% of the global VLCC fleet of 792 ships, according to the International Maritime Council.

Because of the spike in shipping rates for oil and liquefied natural gas, the Treasury Department issued the first two-month waiver on October 24th. The waiver, good through Dec. 20, allowed “maintenance or wind down of transactions,” including offloading non-Iranian crude oil involving COSCO Shipping Tanker (Dalian) Co. Ltd. The waiver was renewed a second time and is good until Feb. 4, 2020.

The world oil tanker market is subject to booms and busts as matching the supply of tankers with the demand is an inexact science. And that problem is compounded by the nature of the supply curve. VLCCs take years to build and tankers last twenty to thirty years. 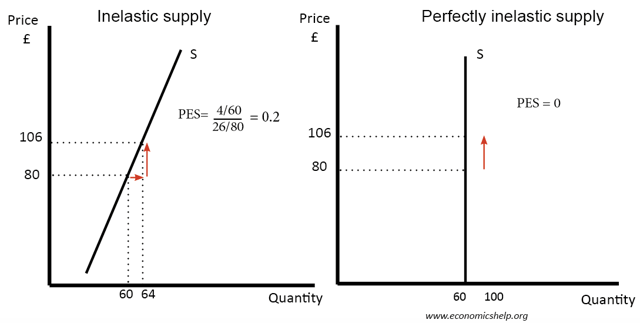 As shown in the graph below, day rates for VLCCs spiked to $300,000 and fell back to $100,000 due to the waivers. But even that level represents a bubble compared to rates prior to the sanctions. And the waivers only allow a winding-down of business with COSCO, not new business.

Comparing the spot rates to time charter estimates (“TCE”), spot VLCC rates are still more than double the TCEs for one to five years. And the Suexmax rates NAT is seeing are almost three times the TCEs. That proves that current spot rates are only an aberration, not indicative of strong, underlying conditions looking forward. 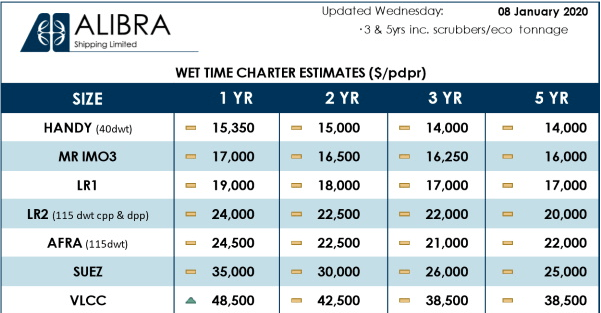 When tanker rates spiked to incredible heights, demand elasticity kicked in. Tanker fixtures were cancelled at extremely high rates. There's a limit what can be charged without affecting demand in the short term, but you can't build a ship in a few months.

Therefore, I conclude that high spot tanker rates have resulted from the COSCO sanctions and limited waivers. The spike took place immediately, once the sanctions were announced. The timing is indisputable.

The more than doubling of the share price of NAT appears to be nothing more than speculative buyers who have focused on the spike in tanker rates and think the spike will continue “with or without political uncertainties.” That is disputed by the time charter rates.

Finally, I expect a new Iranian nuclear deal in 2020, which would logically end the sanctions on COSCO and Iran. The November 2018 decision by the US to reimpose sanctions on Iran effectively took the NITC (National Iranian Tanker Co.) fleet out of service. The 38 VLCCs it controls would presumably return to service on top of the COSCO tankers.

Therefore, world tanker rates would likely collapse back to pre-COSCO levels. And the NAT share price would revert back to the $2 area as well.

Disclosure: I/we have no positions in any stocks mentioned, but may initiate a short position in NAT over the next 72 hours. I wrote this article myself, and it expresses my own opinions. I am not receiving compensation for it (other than from Seeking Alpha). I have no business relationship with any company whose stock is mentioned in this article.

Additional disclosure: I worked on the oil tanker Sun Delaware in the summer before college.

181 Comments
To ensure this doesn’t happen in the future, please enable Javascript and cookies in your browser.
Is this happening to you frequently? Please report it on our feedback forum.
If you have an ad-blocker enabled you may be blocked from proceeding. Please disable your ad-blocker and refresh.