We currently expect the EIA to report a draw of 93 bcf next week, 11 bcf larger than a year ago but 91 bcf smaller vs. the five-year average.

There is still a disagreement between the short-range models, but TDDs are generally projected to trend higher.

We estimate that the aggregate demand for American natural gas (consumption + exports) totaled around 816 bcf for the week ending January 10 (up 4.9% w-o-w (week over week) and up 6.0% y-o-y (year over year)). The deviation from the norm remained positive and actually increased from +2% to +6% (see the chart below). We estimate that total demand has been above the five-year norm for 52 consecutive weeks now. 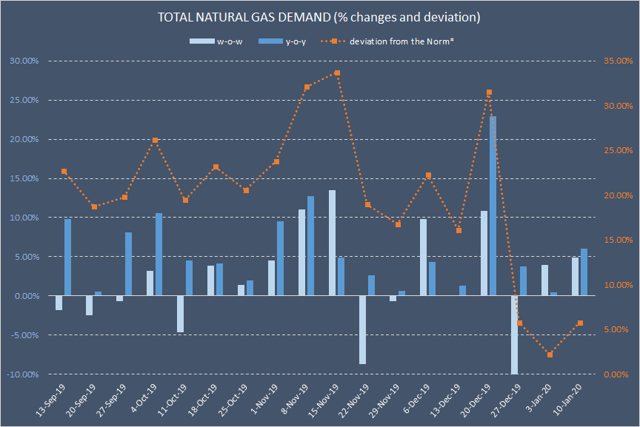 This week, the weather conditions have cooled down across the Lower-48 states. We estimate that the number of nationwide heating degree-days (HDDs) increased by 9.6% w-o-w (from 145 to 159). Total energy demand (measured in total degree-days - TDDs) should be 2.3% below last year's level, but as much as 21.0% below the norm. 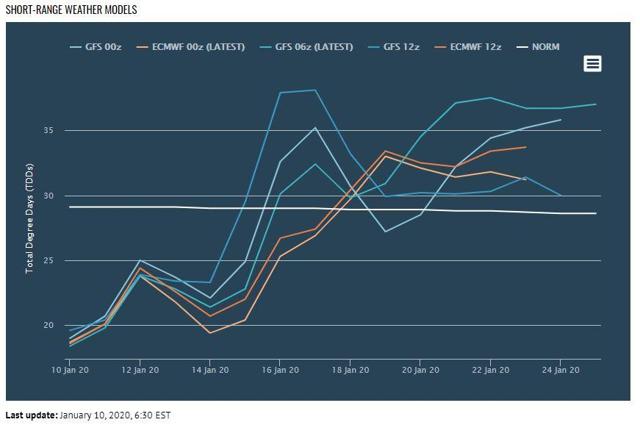 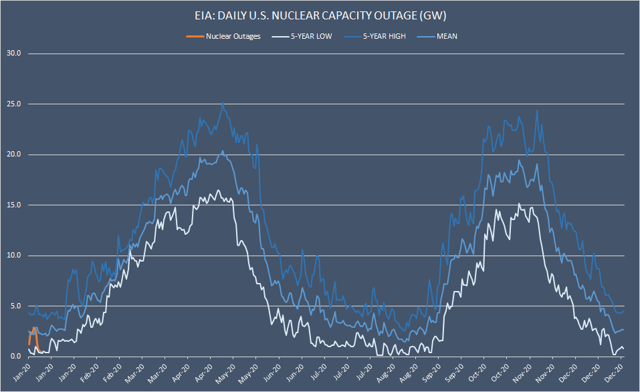 Overall, the net cumulative effect from the non-degree-day factors this week should be positive at around +2.0 bcf/d of potential natural gas consumption in the Electric Power sector, which is 0.1 bcf/d above last year's results.

Total exports were down 1.5% w-o-w - primarily due to weaker pipeline inflows into Canada and weaker LNG sales (please note that our LNG export estimates are based on the vessels tracking system, not on the liquefaction flows). According to Marine Traffic, U.S. LNG export terminals (Sabine Pass, Cove Point, Corpus Christi, Cameron, and Freeport) served 15 LNG vessels with a total natural gas capacity of 52 bcf. Total LNG feed gas flows averaged 8.3 bcf/d. In annual terms, total exports increased by 28.0% in the week ending January 10. 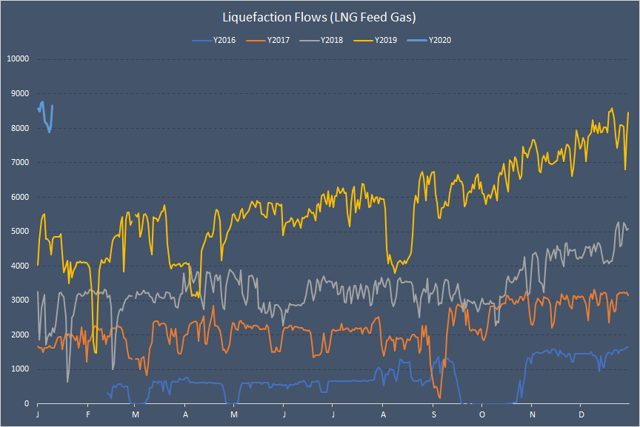 We estimate that dry gas production has been expanding in annual terms for 140 consecutive weeks now, but the growth rate is weakening due to base effects. Currently, we project that dry gas production will average 96.2 bcf/d in January, 95.8 bcf/d in February, and 94.7 bcf/d in March. In the week ending January 10, we estimate that the aggregate supply of natural gas (production + imports) averaged around 104.7 bcf per day (essentially flat w-o-w but up 6.3% y-o-y). 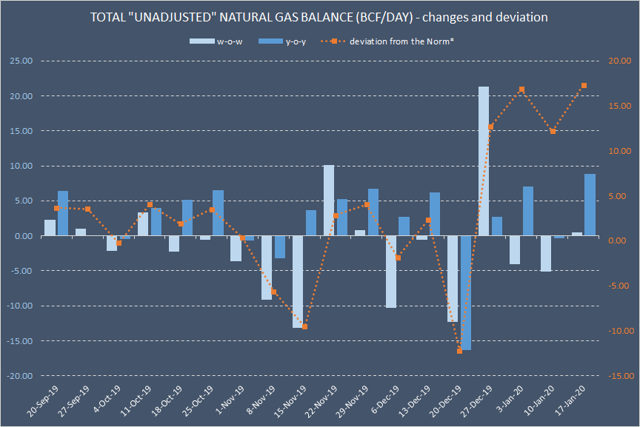 Currently, we expect the EIA to report a draw of 93 bcf next week (final estimate will be released on Wednesday). Overall, at this point in time, we expect storage flows to average -124 bcf over the next two weeks (three EIA reports). Natural gas storage "deficit" relative to the five-year average is currently projected to expand from +74 bcf today to +222 bcf for the week ending January 24.