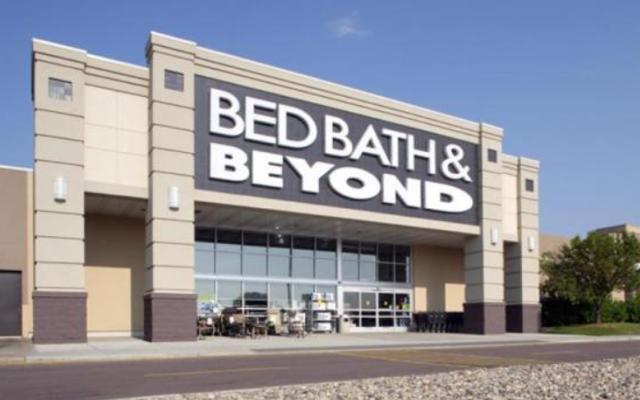 I've been pretty bullish on home goods retailer Bed Bath & Beyond (NASDAQ:BBBY) lately because of the mess you can see below. The stock has been pummeled relentlessly for years as the company's once-strong business model has given way to something that is less so. The early-January Q3 earnings report showed some additional ugliness in the company's results, disappointing investors and sending shares down another 20% or so. However, I think investors are being overly bearish and missing the larger picture, wherein Bed Bath & Beyond is making necessary changes with its leadership team and strategy to drive long-term value.

No doubting that there are issues

To be clear, Bed Bath & Beyond has some issues. Revenue generation has been a problem for a while, and more recently, margins have also struggled. This is certainly not a good combination, and it is why shares have continued their very long decline over time.

Indeed, these issues have been present in the first three quarters of this year, as evidenced in the Q3 earnings report. Total sales are down 7.7% for fiscal 2019, with Q3 producing a 9% decline. That decline was due almost entirely to the horrendous -8.3% comparable sales showing that widely missed expectations. Bed Bath & Beyond has been in transformation mode for a few quarters but in particular, since Mark Tritton took over a couple of months ago.

Tritton came from Target (TGT), where he was in charge of merchandising. He led the merchandising function during Target's very strong past couple of years, and a strong merchandiser is exactly what Bed Bath & Beyond needs to fix its comparable sales issues. Tritton has already put into place inventory changes - which resulted in some charges in Q3 - as well as having the opportunity to replace several of the company's CEO direct reports. With a strong merchandiser at the helm, and the ability to handpick other strong leaders, Bed Bath & Beyond has all the pieces in place to get out of its rut starting in 2020.

Comparable sales aren't the only problem that Bed Bath & Beyond has by any means, as margins continue to struggle as well. Gross margin in Q3 was actually flat with last year's Q3, but for the nine-month period, gross margins have declined 250bps. That's pretty ugly and extremely difficult for any business to overcome, but in particular, a retailer that was struggling anyway. Gross margin declines are the virtually inevitable result of weak comparable sales as the company has to clear out bad inventory at very low prices. Bed Bath & Beyond has made a habit of this for some time, and it appeared again in Q3. However, I'd suggest that Q3's results could have been much worse considering where the company's comparable sales came in, so there's that.

I suspect Q4's results may be even worse because part of the turnaround process for any retailer is to clear out old inventory and start fresh, so we may see a very low gross margin number next quarter. This is particularly true since Tritton is already underway with his merchandising efforts for the company, which will require some inventory clearance and, therefore, margin pain.

In addition, sales declines have led to deleveraging of SG&A costs, which is harming operating margins in concert with lower gross margins. SG&A costs were up 250bps as a percentage of revenue in Q3 and up 210bps so far this fiscal year. On a dollar basis, SG&A costs are actually lower, but revenue has declined more quickly than SG&A costs, leading to the deleveraging.

The good news on this front is that transition plans always see this sort of deleveraging, but once the turnaround begins to take shape, these costs tend to deleverage. This is particularly true in Bed Bath & Beyond's case because it has had so many executive departures in recent quarters, which are expensive for any company. For this reason, I think we'll see some of that calm down into 2020, and SG&A will stop being a source of margin compression.

Very shortly after taking the top seat, Tritton completed a sale-leaseback transaction for 2.1 million square feet of real estate that was previously owned by Bed Bath & Beyond. The transaction netted the company in excess of a quarter of a billion dollars in proceeds, and it will continue to occupy the spaces it sold via leases that are long term in nature.

This has a couple of impacts on the company's financials, which I think are being done at the right time. First, it obviously means leasing costs will come into the income statement as the company is now paying for space it previously owned. This also means operating lease liabilities are now on its balance sheet, per new accounting rules. The operating lease expenses will also seep into margins as those costs will be recognized moving forward, but the impact should be slight, with guidance from the company suggesting ~$11 million per year.

However, more importantly, it provides the company with a sizable cash infusion it can invest in a variety of things, including share repurchases, debt repayment, or corporate purposes. Given the transformation the company is trying to implement, I have to suspect the proceeds will be used largely for funding new inventory, store remodeling, etc., in order to improve the brand's performance going forward. Bed Bath & Beyond doesn't necessarily need to pay down debt or buy back even more stock; it needs a new merchandising strategy, and that takes funding.

Any turnaround story - which is unequivocally what Bed Bath & Beyond is at this point - requires some patience and faith that the plan will work. Below, we can see that not only is the company in the middle of trying to turn its EPS trajectory around, but it is only reasonably priced today, not necessarily cheap.

This year's earnings are going to be down significantly due to revenue and margin deterioration, as well as some of the charges that I discussed earlier. However, there should be a significant rebound in the next couple of years. This is consistent with other retailers that have enacted turnarounds as margin deterioration ceases and sales stabilize and/or move higher.

Keep in mind there is a huge amount of volatility that is possible with these estimates, given where the company is today in its efforts. That means there is downside risk to these estimates if sales don't reflate, margins don't reflate, or both. That is the key risk today with my thesis; I'm betting the turnaround will work, but it might not. The company obviously has some issues with its assortment, and those may continue. However, I think new leadership and some working capital is exactly what the company needed, and it has both of those now.

In addition to a turnaround effort that could produce some strong earnings growth in the coming years, the stock pays you a sizable yield.

Shares are yielding 5% today, which isn't the highest the yield has been, but is quite good in the context of the broader market at ~2%. Bed Bath & Beyond raised its payout recently, so there is apparently no plan to freeze or suspend the payout anytime soon. This is a powerful tailwind to shareholder returns while you wait for the turnaround to work, and I think it adds a lot of attractiveness to the stock as a result.

This is not a story without risks. Bed Bath & Beyond has a lot of work to do, and some of the key levers I've called out for improvement of results may not work. That's the risk you take with any turnaround story, and those risks are present here. It is possible sales don't move higher, margins don't reflate, or that the merchandising changes don't work. If that turns out to be the case, the stock may go a lot lower, so I cannot stress enough that this is a high risk/high reward situation.

However, with strong leadership just getting in the door, and with the company doing what is necessary to undo some of the damage that was previously done, Bed Bath & Beyond has the pieces in place for a successful turnaround.

Q3 results weren't very good, but that is what you'd expect at this very early stage in the turnaround process. Shares were pummeled, but I think this is providing a buying opportunity if you think the turnaround is coming. For the reasons stated above, I do, and I think the stock is not only a buy for capital appreciation potential but the 5% yield as well.

Josh Arnold
20.87K Followers
Author of Timely Trader
Maximize your gains through live trading with alerts ahead of market trends

I've been covering financial markets for nine years, using a combination of technical and fundamental analysis to identify potential winners early, particularly when it comes to growth stocks.

Disclosure: I/we have no positions in any stocks mentioned, but may initiate a long position in BBBY over the next 72 hours. I wrote this article myself, and it expresses my own opinions. I am not receiving compensation for it (other than from Seeking Alpha). I have no business relationship with any company whose stock is mentioned in this article.