The teaser from this week's missive is posted below as usual, but I have a few housekeeping notes to start the year. First off, I know that I am doing less market-oriented stuff recently; I apologise. The good news is that I am diverting my energy towards a long-form essay on fiscal policy. It'll be in the same type of format as my two previous essays on the Life Cycle Theory and the Balance of Payment. In short, I am appalled by the level of debate about economic policy these days, so I am trying to inject some context and colour on the current flurry about fiscal policy, what it is - as in what it really is - how economists think about it, and what it can and can't do. This potentially covers huge ground, but I reckon that I have managed to distill the story into a coherent argument. It's 80% done, and I hope it will be worth the wait. I expect to have the first draft done next month, and then it goes to the editor for a ruthless take-down. The final version should be done in March, with a bit of luck.

I am currently inclined to view equity markets through the lens of the ultimate analytical cliché. Prices probably will be higher a year from now, but investors are on thin ice in the near term. I have little other than my gut feeling to go by here. The current situation reminds me a bit of the period before Volmageddon at the beginning of 2018. Even a cursory glance at short-term returns, put/call ratios and deviations from (rising) moving averages raises alarm bells. Claims like this tend to be freebies. The definition of the "the near term" is unclear, so I can always double down next week if I am wrong. Still, my impression is that most strategists have written their post-rationalisation pieces. After all, if equities corrected by 5-10% over the next month, everyone would solemnly declare that it had been coming. The reason not to expect a correction is that everyone is positioned for one, waiting to buy the dip, but let's not go down that rabbit hole of circular reasoning. Whatever happens in the next few weeks to high-flying equities, their general fate still has to be decided in the cross-section between relatively poor fundamentals - weak earnings growth and a soggy global economy - and the ironclad belief in the protection and support of the policy put. 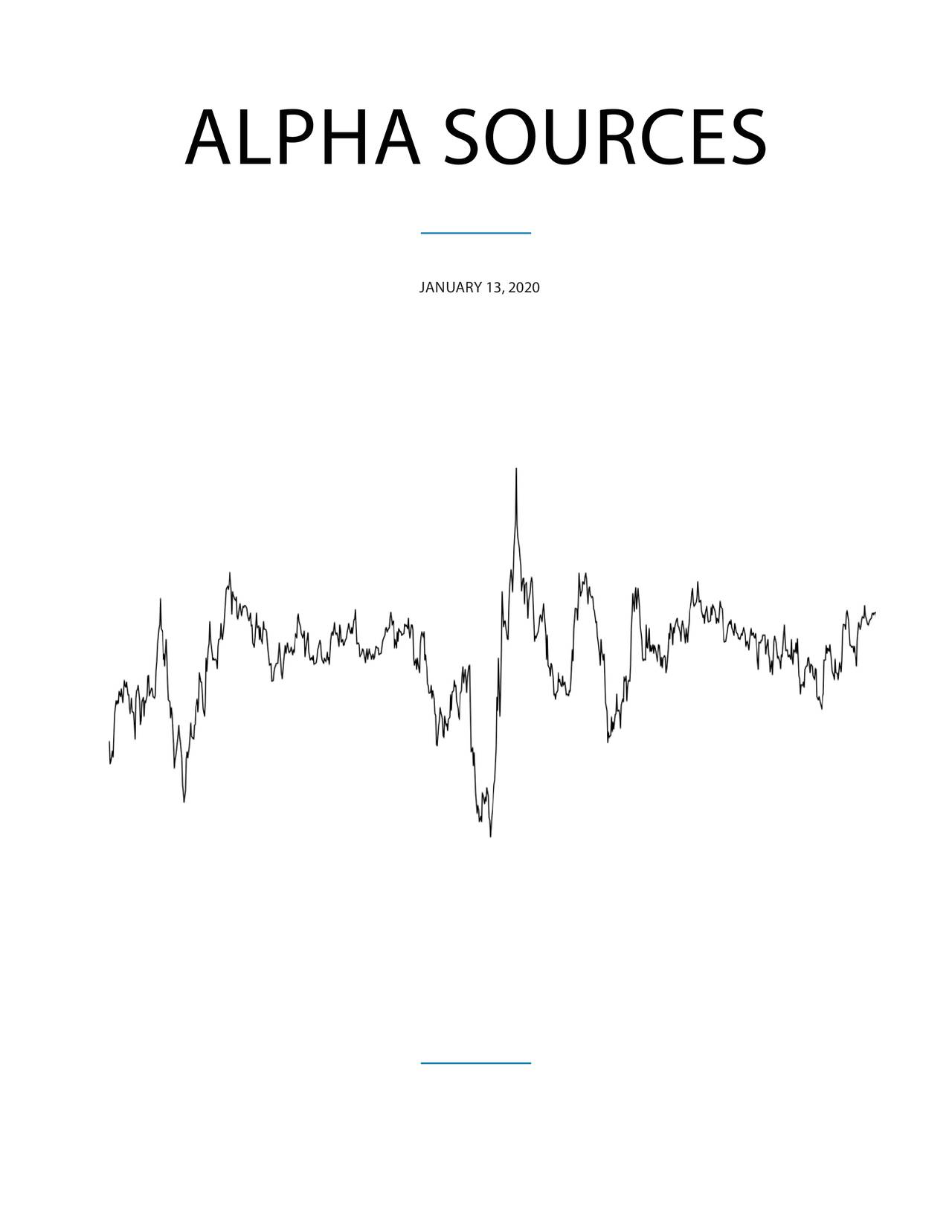 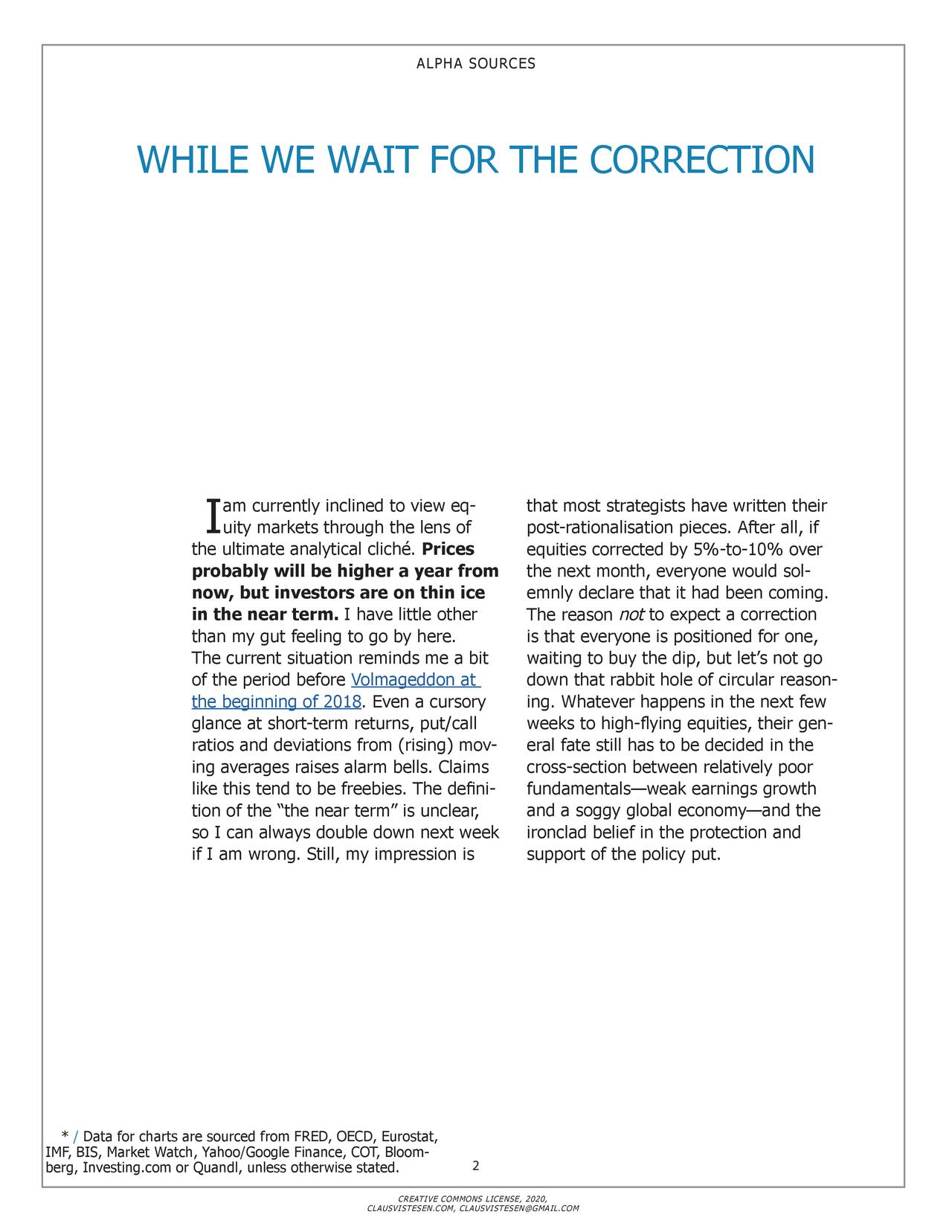 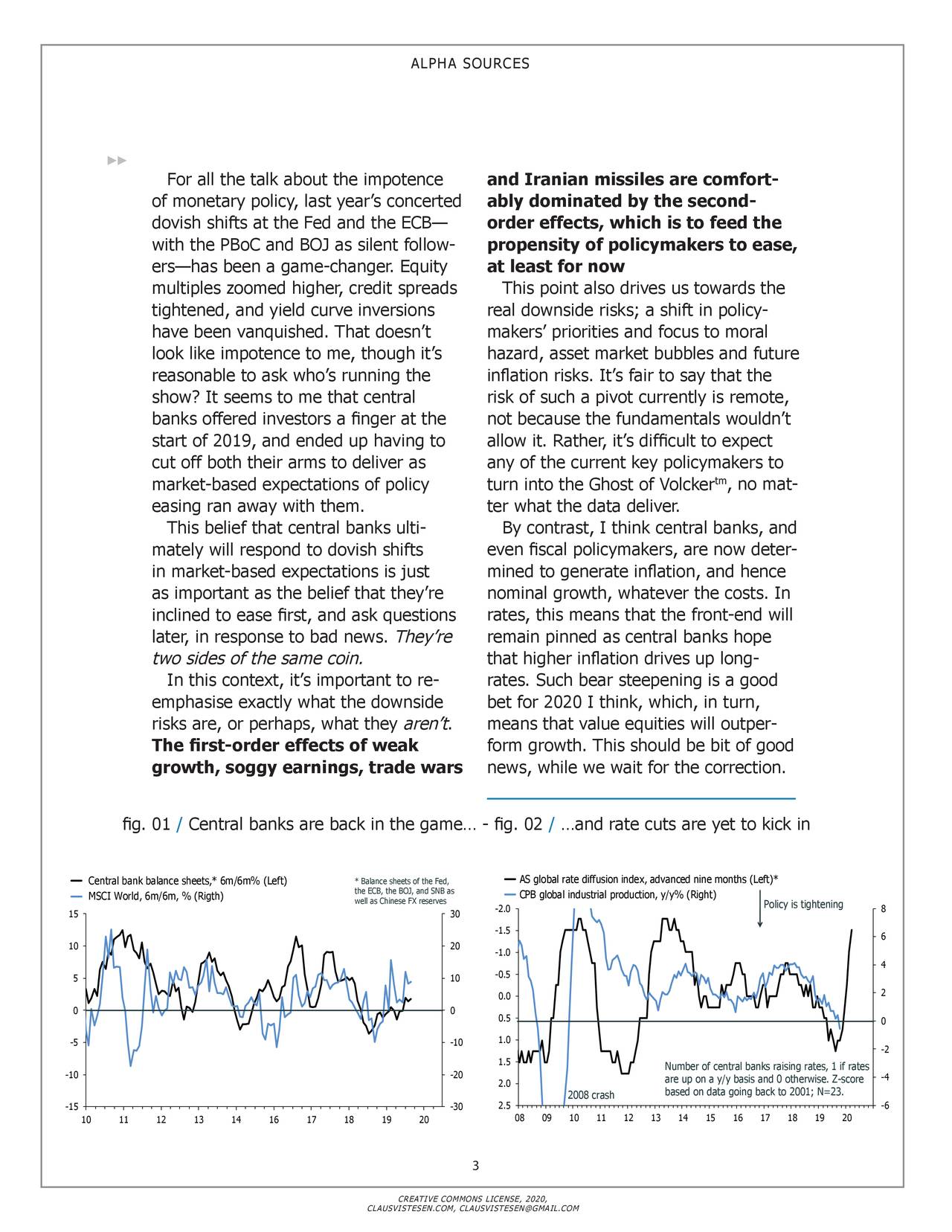 Claus Vistesen
522 Followers
Claus Vistesen is a Danish economist who specialises in macroeconomics. He holds a postgraduate degree in Economics. His primary research interests include demographics, macroeconomics and international finance which he practices as Chief Eurozone Economist for Pantheon Macroeconomics. His contributions at Seeking Alpha represent his views alone, and have nothing to do with his employer. He can be contacted through his e-mail (clausvistesen@gmail.com) or through his website (clausvistesen.com) where you can also find most of his writing. He enjoys the interaction with Seeking Alpha readership a lot and will try to reply to all of the comments you throw his way.
Follow