The U.S. and China look set to sign a trade deal, which is good news for BHP due to its exposure to the Chinese economy and demand for commodities.

China is said to have agreed to certain stipulations regarding trade, which could have important ramifications for Australia and BHP by extension.

BHP is looking at increased energy production, but those efforts may get disrupted by the need for China to placate the U.S.

The “Phase One Trade Deal” may affect BHP in unexpected ways, which is why it may be prudent to stand on the sidelines until there’s more clarity.

Like many other companies, BHP Group (BHP) responded well to the news that China and the U.S. have agreed to a “Phase One Trade Deal”. The trade war is perceived as a drag on the global economy and any reductions in tensions is seen as a good thing. It helps the economy and the companies that depend on it, especially a company like BHP with its heavy exposure to the Chinese economy. However, there’s also the possibility that the trade deal could turn out to be a major headwind for BHP. Why that is will be covered in greater detail.

The BHP and China connection

What happens in China matters a great deal to BHP as the chart below indicates. Whenever there is a flareup in trade tensions between the U.S. and China as was the case in May and August, the stock dropped. But whenever there's an easing of tensions, the stock recovers. This happened, for instance, in September when the two countries announced that they were working on a trade deal.

There is a good reason for this. BHP derives over half of its revenue from China as can be seen in the table below. So anything that could potentially hurt the Chinese economy is a problem for BHP. A worsening economy could reduce demand for commodities like iron ore and that’s no good for BHP as the number one mining company in the world. An easing of tensions with the signing of a trade deal is a good thing from that standpoint.

The Phase One Trade Deal

The U.S. and China reportedly agreed to a “Phase One Trade Deal" on December 13th. While the exact details of the agreement have not been released, a number of U.S. officials have commented on what the deal could mean for the U.S. economy. It is widely assumed that China will have to import more from the U.S. as part of the deal. For example, Robert Lighthizer has said that:

“We have a list that will go manufacturing, agriculture, services, energy and the like. There’ll be a total for each one of those,” ... “Overall, it’s a minimum of 200 billion dollars. Keep in mind, by the second year, we will just about double exports of goods to China, if this agreement is in place. Double exports.”

According to the U.S., China will have to drastically increase the amount of products it imports from the U.S. as part of the agreement. Not only will China have to import an additional $200B, but it will have to do this in a relatively short amount of time.

Why the trade deal could have consequences for Australia

Of all the products out there, the one that’s most likely to be impacted is probably natural gas. There are several reasons for this. For instance, there is a glut of gas in the U.S. that needs to find a market. In China, gas consumption is rising by such an extent that it cannot be met by domestic production. China has to import an increasing amount of natural gas as the table below shows, both through pipelines and as liquefied natural gas (“LNG”).

China gets LNG from a number of countries, but Australia is by far the biggest exporter to China with a market share of about 50%. According to the Australian government, natural gas was the third biggest export item to China in terms of value. Australia exported gas worth 13.7B Australian dollars in 2018, which is roughly 9.4B in U.S. dollars. In contrast, China paid 255B CNY for natural gas in 2018, which is about $37B for both pipeline gas and LNG.

Australia also has a sizable trade surplus with China. Australian merchandise exports to China amounted to 118.4B Australian dollars and imports 74.9B. If services are included, the trade surplus with China is even bigger. This means that there is a lot of scope for China to cut imports from Australia. Instead, those imports could be heading towards the U.S. to help even the trade balance over there.

There’s a precedent for this. The Chinese government started imposing restrictions on the import of Australian coal in 2019. The reason for this is said to be due to politics. Coal imports from Australia fell as a result and those from other countries rose as mentioned in this article.

“While total purchases by China rose 9% in November from a year ago, Australian shipments to the top buyer sank 31%, according to Bloomberg calculations based on customs data. Imports from Russia jumped 81% while Mongolian cargoes gained 14%. Volumes from the largest exporter Indonesia climbed almost 10%.”

The decrease in imports from Australia came despite China needing to import more coal. This shows that China is willing to redirect imports if it can help the country achieve its objectives.

How BHP could be affected by the Phase One Trade Deal

If China were to redirect energy imports from Australia towards the U.S., BHP could be affected. BHP was after all founded in Australia and most of its assets remain in the country. This includes energy assets like oil, gas and coal. Energy happens to be a significant part of BHP as the table below indicates.

Furthermore, increasing oil and gas production is an area that BHP has been focused on as a growth area. BHP is quite bullish when it comes to the future prospects of oil and gas. Recent statements from a BHP executive makes this clear.

“In a decarbonising world, deepwater oil and advantaged gas close to established infrastructure can offer competitive returns for decades to come.”

One growth option being looked at by BHP is the Scarborough natural gas field in Western Australia.

However, BHP may have to reconsider if China proceeds to source its LNG and other energy needs from the U.S. instead of countries like Australia. The trade deficit, LNG market share and other political reasons may all combine to make Australia the one to lose out in a deal between the U.S. and China. That includes BHP by extension. 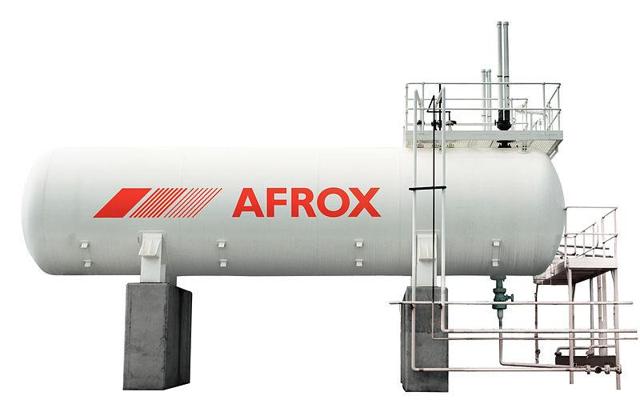 It’s important to point out that the trade deal between the U.S. and China has yet to be signed. In addition, the exact conditions and stipulations of the deal have yet to be made clear. The Chinese have not confirmed that they will indeed increase imports by the amounts mentioned by U.S. officials like Lighthizer. But if what U.S. officials say is correct, it’s hard to see how China will be able to hit those targets without importing less from countries like Australia, the home of BHP.

Increased energy imports, and LNG in particular, look to be a good way for China to close the trade gap with the U.S. Energy is something that China needs and in increasing amounts. Some of that could come at Australia’s expense. Australia has a trade surplus with China and its LNG market share may be too high for China. If Australia has to give up some of its market share to the U.S., BHP stands to lose out. BHP has high hopes for energy, but geopolitical factors may disrupt some of those plans.

On the other hand, most of BHP should not be impacted. The markets for copper and iron ore are bigger than energy for BHP and demand for those two remains robust. Copper, in particular, has especially good fundamentals that look set to continue for many years to come. BHP should also be able to access energy markets besides China. Energy remains a necessity, even if BHP is restricted in accessing the market in China. BHP looks to be in good position to take advantage of the growth in global demand, even if some places become less accessible.

With this in mind, I remain bullish on BHP. However, it may be prudent to take some chips off the table at this point. At least until the details of the “Phase One Trade Deal” have been released and what impact, if any, the deal could have on BHP. It’s possible that China may not increase U.S. imports by as much as claimed. BHP would not be affected in that case and longs can get back in. Nevertheless, there’s a chance that something may be revealed that the market has not been expecting. It may be wise to wait until there's more clarity surrounding the impending trade deal. Until then, it’s standing on the sidelines.

Follow MarketGyrations and get email alerts
+
Add a comment
Disagree with this article? Submit your own.
To report a factual error in this article, click here.
Your feedback matters to us!