With a healthy balance sheet and strong cash flows, TTD has a solid base to build on.

The ad market is developing in TTD's favour, with several advertising trends pushing wind against its sail.

The Company has laid out the international plan, expecting to foster the Company's growth in 2020.

Competition is strong but limited to a small circle. TTD is very well placed in an industry destined to be constituted by only a few big players.

The Trade Desk (TTD) stock has experienced a roller coaster ride in 2019. The volatility of the stock price has sparked contrasting views and contributed to raising questions on the Company’s prospects. As the stock price approaches new highs, many are left wondering whether the market has already valued the stock too generously compared to where the Company is headed in the future. The following analysis outlines why I believe TTD is poised to be a great long pick for 2020. 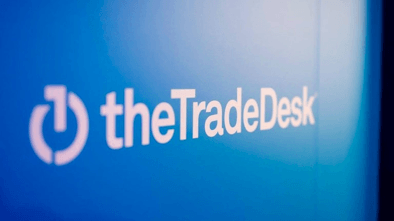 Let’s start with an analysis of the Company fundamentals. Long story short, TTD is a very healthy company. Over the last 5 years, revenues have been growing over 400%. More importantly, so did gross profit (407%) and operating income (186%). The company has basically no debt, with only $7.9 million in non-current liabilities. Being a technology company, this may come as a surprise, as technology companies are no strangers to stacking up piles of debt to expand or survive. On the other hand, TTD is constantly expanding while maintaining debt low and generating substantial amounts of cash. Cash has organically grown from $4 million in 2015 to $296 million in 2019, and the Company has achieved a 129% increase in operating cash flow for the first three quarters of 2019 over the same quarters in 2018, maintaining the growth story a reality.

The Company fundamentals have portrayed the picture of a solid company that is constantly improving. However, the future of a company also clearly depends on market competition and sectoral growth. To address these issues and solidify its competitive advantage, TTD is looking to expand both its product offering and its geographical reach.

The most important strategical focus of the Company is currently the expansion into the Connected TV (CTV) market. In recent years, TTD has been investing to build an adequate infrastructure to support programmatic ad buying on CTV, and the Company managed to build a solid network of ad suppliers to exploit it. 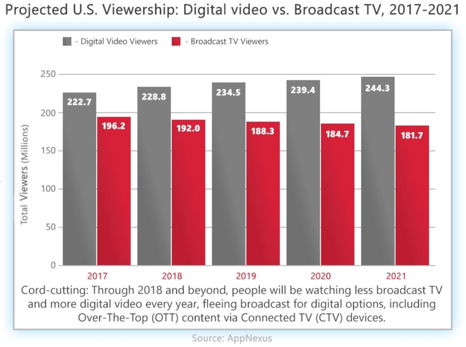 In the last five years, U.S. households with one or more CTV devices went from 38% to 74%. Ad requests in CTV showed a 1640% increase last year, and CTV advertising now constitutes 49% of video ad impressions. Sectoral growth is certainly not a problem. TTD is thriving in this market and seems to have positioned itself ahead of the curve to tap into the increasing flow of money. The investments have been paying off this year, with CTV spend on TTD’s platform growing 145% from Q3 2018 to Q3 2019. The data points at a robust upward trend from 2020 onwards, from which TTD will likely benefit through its programmatic ad business segment.

TTD will also benefit from the growth of another market, Audio. In fact, while the Audio segment has already performed really well this year (up 162%), there is a huge opportunity for TTD as this market expands. And the market is surely expanding, with music ads, through providers like Spotify (SPOT) and Apple (AAPL) music, but most importantly through podcasting. Over the past 5 years, the number of Americans listening to podcasts each week skyrocketed 225% going from $19 million to $62 million. There are little to no barriers of entry to the podcasting business, which contributes to the growing number of podcasts available (a record 192,000 launched in 2019). According to the Internet Advertising Bureau (IAB) and PwC, podcasting ad revenue is expected to reach over $1 billion by 2021, up 50% from this year’s revenue.

With the worldwide advertising market moving towards $1 trillion, and programmatic ad revenue currently accounting for 80% of all digital display advertising revenues, TTD is well-positioned to grow hand in hand with these trends.

While in the US TTD is already developing strong partnerships with giants such as Amazon (AMZN) and Disney (DIS), the Company is working on driving significant growth in the Asian markets as well, especially in China. They recently managed to establish partnerships with Baidu (BIDU), Alibaba (BABA) and Tencent (OTCPK:TCEHY), as well as with one of the largest local digital advertising specialist, BlueMedia Group. Through the partnership between BlueMedia and TTD, Chinese companies will channel their spending through TTD’s platform attempting to reach the overseas audience. As Chinese companies increasingly look for digital ways to expand their reach, this strategic partnership should soon foster TTD’s international business development.

TTD declares its competition to be divisions of large, well-established companies such as AT&T (T), Google (GOOG) and Adobe (ADBE). The following table shows these competitors' revenue numbers. It can be seen that revenues are growing high across the whole industry, confirming the organic development of the ad market.

Amongst these companies, TTD stands out with the highest revenue growth. TTD is a highly specialized company, while its competitors feel the weight of long-established processes and a focus-diluting wider product offering. In this specific market of programmatic ads bidding, having the leanest and most independent platform could be a competitive advantage. Since the untapped market increases with the increasing adoption trends, TTD is collecting pieces of the market at a faster rate than the competitors.

TTD also declares to share its industry with smaller, privately-held companies. The most relevant of them are classified in the following table:

MediaMath is the only company that compared to TTD is of similar size and business model, also boasting financial backing by entities such as Goldman Sachs and Santander Bank. There is limited financial information about MediaMath, but they indicate similar growth and development to TTD.

The competition circle is therefore limited to a small number of players. Since the business greatly benefits from economies of scale, the circle is also well likely to additionally tighten up.

The company share price has appreciated 146% over the last year. Most growth firms are valued according to their price to sales. With a P/S ratio of 20, the Company can't be considered cheap especially when compared to other growth firms (see table below).

Source: Table created by the Author with data from Finviz.com/SeekingAlpha

However, when compared to other growth stocks (see table above) TTD's P/E is amongst the lowest, and revenue growth among the highest. Looking at the table TTD's Forward P/E could seem a bit high compared to peers. However, considering that TTD's management has a history of being conservative in their guidance and the industry's parabolic growth, the Forward P/E ratio can be expected to fall accordingly.

TTD is priced for growth and looking at the Company's healthy balance sheet, industry trends, and the Company's strategic positioning, I expect TTD to continue its success in the new year.

The share price is approaching its all-time highs and rebounded very quickly from the recent low in the 190s, which could cause the stock price to stabilize at current levels. That being said, I wouldn’t be surprised to see this stock trade over 300 as early as Q1 2020.

Disclosure: I am/we are long TTD. I wrote this article myself, and it expresses my own opinions. I am not receiving compensation for it (other than from Seeking Alpha). I have no business relationship with any company whose stock is mentioned in this article.

Follow Vincenzo Furcillo and get email alerts
+
Add a comment
Disagree with this article? Submit your own.
To report a factual error in this article, click here.
Your feedback matters to us!