Corning's 5G prospects and partnerships with Intel and Apple put it in a good position.

It has a strong balance sheet and healthy revenue figures.

Despite this, its growth prospects and current valuation are a concern.

Corning Incorporated (GLW) seems like a decent play on 5G, and it is a well-capitalized firm. However, despite its advantages, its prospective growth and its current valuation are factors that go against it being considered as a prospective investment.

There will be bulls that will dispute this (and the comments section will no doubt display this), and to be fair, there are good grounds for dispute. 5G looks set to be a major factor for Corning going forward. In October, a strategic partnership with Intel (INTC) was announced, the purpose of which is the provision of 5G infrastructure in commercial offices. The high-speed fiber optic material that will be used will be manufactured by Corning. 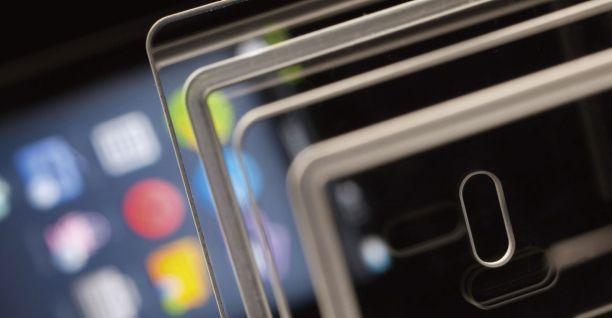 In addition, Corning retains a strong partnership with Apple (AAPL). In September, Apple invested $250 million from its Advanced Manufacturing Fund into Corning for glass used in products such as iPhones, iPads, and Apple Watches. This amount exceeds the $200 million investment that Apple had made into Corning in 2017. These two factors should enable Corning to continue posting healthy revenue figures, as they have over the past five years.

*Loss attributed to a combination of weaker glass volumes and tax law changes.

Quarterly figures in the present financial year give further optimism of this trend continuing.

Corning's earning potential should also ensure that its balance sheet remains healthy for the foreseeable future. Long-term debt of $6.67 billion is offset by a net worth of $13.13 billion, and total current liabilities of $3.6 billion are offset by total current assets of $6.16 billion, cash-on-hand worth $971 million, and total accounts receivable of $2.02 billion. Furthermore, with a payout ratio of 54.40%, Corning should also be able to sustain the record of paying consecutively rising dividends to shareholders that it has established over the past eight years.

Despite all these strengths, there are a couple of factors that prevent me from wholeheartedly recommending Corning as a buy. EPS growth over the next five years is estimated to be 6.74%, and one of the reasons for this was highlighted by Corning itself in September, when it advised lower-than-anticipated demand for television display glass and fiber-optic cable products, a drop in demand that was attributed to reduced customer spending.

The reaction to this from Mr. Market was swift - on September 17, 2019, Corning's stock fell 7.2% and other analysts pointed to other issues: Citigroup (C) stated that macro conditions for Corning had gotten worse, and the benefits to be derived from 5G investment "have not kicked off yet in full force to offset declines in fiber." George Notter of Jeffries noted that it was the second cut in expectations for display, and that "we see scope for further fundamental pressure on the business as the implementation of tariffs create a drag in the industry."

Corning is currently trading around $30 per share. Chart generated from FinViz.

In summary, there is much to like about Corning - its strong partnerships with Intel and Apple, its strong revenue figures, its above-average balance sheet, its dividend record, and its 5G prospects. Yet the below-par projected growth and the factors which have led to it - lower demand for products and tariff issues - means that it would be preferable to get Corning at a discount to fair value, which is not on offer at present. It is a hold, certainly, but not at this time a buy.

Follow Cash-Centered Creep and get email alerts
+
Add a comment
Disagree with this article? Submit your own.
To report a factual error in this article, click here.
Your feedback matters to us!