The VC PMI identified the average gold price coming into this week as $1,557.

I want to share the data we use for the next trading sessions. 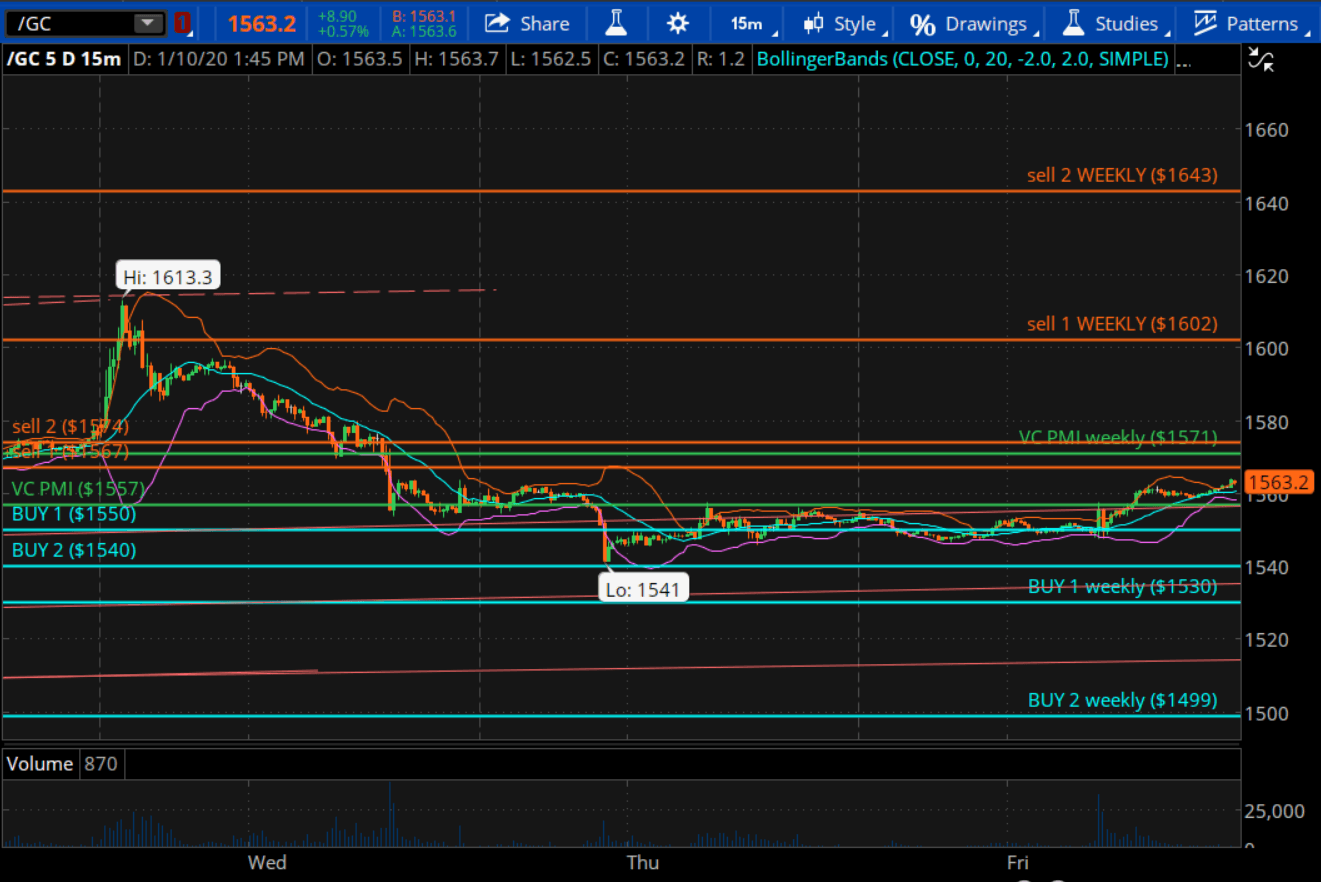 The artificial intelligence of the VC PMI tells that because the price closed above the daily average price of $1,557, the target of $1,567 has been activated. If the price activates a short signal from $1,567, there is a 90% probability of a reversion back to the mean of $1,557. If it does not activate the signal and it continues to move up, the next target is $1,574.

If you don't have a previous position and gold reaches $1,567, then it's a new setup or an alert. Once the price reaches there, the VC PMI identifies where the market is in relation to supply and demand levels. When the price reaches $1,567, the VC PMI begins to identify the distribution of supply, which begins to unfold between $1,567 and $1,574. These levels have the highest probability of a reversion back to the mean. If price closes below $1,567, it activates the Buy 1 levels of $1,550 to the Buy 2 levels of $1,540.

As a day trader, we are in a neutral position. If you don't have a position, wait to see what the price does when it reaches $1,567. The first time it reaches that level, it's a setup. If the price closes below $1,567 after touching it, then it's a short signal. If it closes above $1,567, the VC PMI recommends that you do nothing. Even if the price does go up from Sell 1 and Sell 2 levels, there is a much higher chance of a reversion back to the mean rather than the price continuing up. Just as happened last week when gold made a high of $1,613.30 on the 7th. Once the price trades above the daily Sell 2 level of $1,574, the VC PMI connects the algorithm to the weekly numbers automatically. 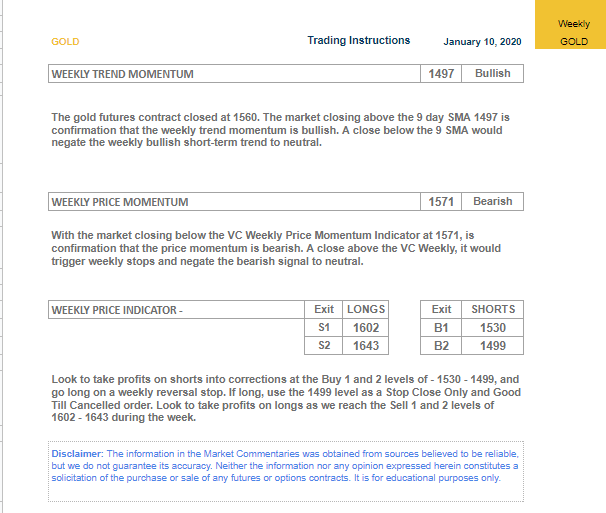 As you can see on the chart, the market, after making a high of $1,613, came back down to activate a short signal by closing below the Sell 1 level at about $1,574. The numbers this week are consistent with the area of supply that the VC PMI identified. The levels of $1,602 to $1,643 are the highest probabilities that if for some reason we break through the daily sell levels and the weekly mean, to unload your long positions, daily and weekly.

The monthly data points out that $1,573 seems to be a major monthly Sell 2 level. Therefore, we have a cluster of resistance or targets to be met next week between $1,563 and $1,572/3. The trading range is about $10 with $1,602 as a target. If gold breaks above that and closes above it, $1,643 will be activated. If the price activates a short trigger from that level, there is a very high chance that the market will revert back to the mean of $1,573.

I am prepared as a self-directed trader with this data to know exactly which levels to watch for when the market reaches them. I am ready to trade; all I have to do is watch the market and wait for the structure provided by the VC PMI to have the various levels triggered to show me how and when to trade.

To learn more about how the VC PMI works and receive weekly reports on the E-mini, Grayscale Bitcoin Trust (GBTC), gold and silver, check out our Marketplace service, Mean Reversion Trading.

Disclosure: I am/we are long NUGT. I wrote this article myself, and it expresses my own opinions. I am not receiving compensation for it (other than from Seeking Alpha). I have no business relationship with any company whose stock is mentioned in this article.

Follow Equity Management Academy and get email alerts
+
Add a comment
Disagree with this article? Submit your own.
To report a factual error in this article, click here.
Your feedback matters to us!