For a couple of years, AeroAnalysis has been tracking the monthly order inflow for Boeing (BA) and Airbus (OTCPK:EADSF) aircraft. The monthly coverage is not so much there to invoke any Boeing vs. Airbus rhetoric, but it gives us some valuable insights in order trends.

A single month does not make a trend, but by closely tracking the order and cancellations activity, we always will be a step earlier in detecting trends and will have detailed insight into customers' appetite to order and take delivery of aircraft, and we can even track it by type as well as the jet maker's ability to reach any set sales target. Looking at the orders, we can see a combination of willingness to commit with pricing, product, and availability coming together. Special attention will be paid to the mix of single-aisle aircraft and wide-body aircraft, knowing that a single-aisle aircraft costs roughly half or a third of a wide-body aircraft, depending on the model. 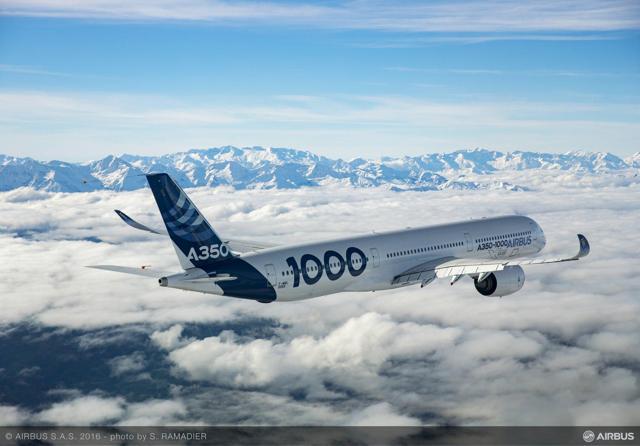 In this report, we will have a look at the orders and deliveries as well as cancellation activity for Airbus during the month of December. What should be kept in mind is that, while this seems to be like a simple summarizing piece, I spent a considerable amount of time to get all data right and present it in a useful way, including graphics. Subscribers of The Aerospace Forum are given access to a fully interactive infographic built on order data of Airbus and Boeing. Next to the monthly values for orders, we also have a tally for cumulated cancellations just like last year, but starting this year, we also will put a value on the cancellations. If you are interested in reading Airbus's monthly overview for November, you can check it out here.

Airbus started the year very weak. After booking 67 orders in the first four months, of which 58 were in March, May saw an order inflow of just one aircraft. June looked a lot better, helped by the launch of the Airbus A321XLR, Q3 was a modest quarter, while we saw orders head higher significantly in Q4.

In December, we saw Airbus booking another strong month with 171 orders, 131 for its single-aisle product and 40 wide-body orders, valued $11.4B after customary discounts:

During the month, the following changes and cancellations took place:

We have observed that there is a disjoint between our cancellation data and that provided by Airbus. We are currently awaiting a reply from the jet maker and will clarify and correct cancellation numbers where needed.

During the month, cancellations increased by 141 units. The cancellations primarily reflect the problems and subsequent order restructuring of Avianca (Synergy Aerospace Corporation) and Hong Kong Airlines and the cancellation from one or more unidentified customers for the A350.

Looking at the 12-month figures (we will be providing concise overviews on the full year performance in future reports), gross orders increased by 300 units, and net orders increased by 338 units, though net orders climbed only modestly from 747 units to 768 units this year. Earlier in the year, Airbus suffered a decline in the order book, driven by the termination of the A380 program, Germania and Jet Airways ceasing operations, and Avianca's and Etihad's fleet plan restructuring. However, after the Paris Air Show and the order inflow that came with it, Airbus has continuously showed a positive net order tally, indicating that Airbus booked more orders than it had to cancel, and after the IndiGo order placed in October, the European jet maker has been seeing year-over-year growth in net orders.

In December, the company delivered 138 aircraft exceeding its full-year target by 3 units:

Previously, we already concluded that Airbus's increases in deliveries were realized earlier in the year, and the second half of the year was more or less flat, making it challenging to reach the delivery target. With Airbus reducing the full year delivery target, this concern has shown to be justified. What we are seeing is that the Airbus A220 and Airbus A330/A350 make up for the biggest part of the increase in the deliveries, while Airbus A320 came in lower than expected, sparking Airbus to revise its full year delivery target in October last year.

The book-to-bill ratio typically is expressed in gross unit terms by jet makers. This also is the number we show in the infographic. However, it should be taken into account that cancellations and conversions also take place. For December, the gross ratio is 1.2 in terms of gross units and 1.3 in terms of value. For the full year, these numbers were 1.3 and 1.4.

If you go to a net basis for the orders year to date, it would be 0.9 on a unit basis, indicating that there were 10% more deliveries than net orders and 1.2 on a value basis (slightly worse if you take into account that the A220 is part of a joint venture), indicating that the net order value is 20% bigger compared to the delivery value.

In December, we saw deliveries surging. The recovery in the delivery profile came a little too late for Airbus, but the company did reach its revised delivery target. Order inflow for December decreased year over year by 121 but is up 300 when comparing the year-to-date numbers.

In 2019, we saw an increase in deliveries (63), reflecting a partially recovered delivery profile on the A320 program (compared to last year), the addition of the A220 to Airbus deliveries compared to last year and higher Airbus A350 deliveries. The surge, however, was not big enough for Airbus to maintain its delivery target of 880-890, but the company did reach the revised target which I marked as challenging.

Pressure on net orders was caused by cancellations from Etihad Airways, Germania, Avianca, Republic Airways, and the cancellation of the Airbus A380 program.

For Airbus investors, the first half of the year was good, but the second half of the year has been bumpy. Obviously, the strong uptick in order activity is most welcome, but we saw that rolling out Cabin Flex on the Airbus A321neo has proven to be more difficult than expected.

Looking at orders, many of the cancellations already were anticipated, and we saw the Airbus net order tally surge during the month. Possibly, the only points where we would like to see improvement are consistency in wide-body sales and reduction in delivery delays for the A320neo program. The single-aisle program is in much better shape than it was in 2018, but there still are delays that are impacting customers. Overall, I do think Airbus had a good year, though Airbus A350 sales are not yet where I'd like them to see.

Dhierin Bechai
13.39K Followers
Author of The Aerospace Forum
In-depth insights from an expert on the aerospace and airline industries
Dhierin is a leading contributor covering the aerospace industry on Seeking Alpha and the founder of The Aerospace Forum. With his Aerospace Engineering background he has a more indepth knowledge about aerospace products enabling him to cover a complex niche. Most of his reports will be about companies in the aerospace industry or airlines industry, comparing products and looking at market forecasts providing investors with unique and thorough insights. Dhierin has accumulated nearly 20 million views never failing to spark healthy and thoughtful discussions for investors and aerospace professionals.