Sell/Buy Ratio: The insider Sell/Buy ratio is calculated by dividing the total insider sales in a given week by total insider purchases that week. The adjusted ratio for last week went up to 158.33. In other words, insiders sold more than 158 times as much stock as they purchased. The Sell/Buy ratio this week compares unfavorably with the prior week when the ratio stood at 25.86. 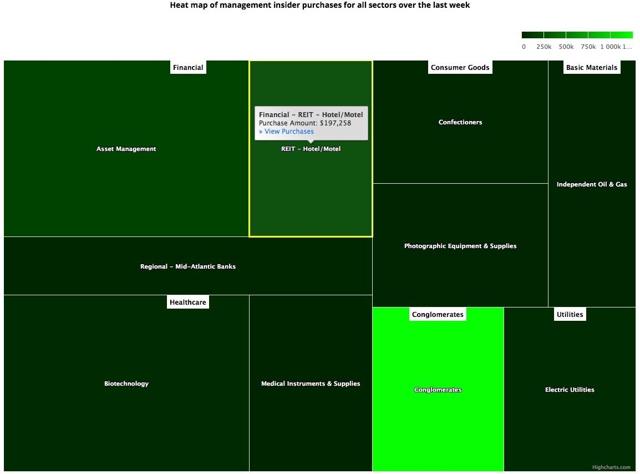 Note: As mentioned in the first post in this series, certain industries have their preferred metrics such as same store sales for retailers, funds from operations (FFO) for REITs and revenue per available room (RevPAR) for hotels that provide a better basis for comparison than simple valuation metrics. However, metrics like Price/Earnings, Price/Sales and Enterprise Value/EBITDA included below should provide a good starting point for analyzing the majority of stocks.

It is a little surprising to come across a company that focuses almost exclusively on potato snacks that is worth over $13 billion and afforded a valuation of nearly 18 times EBITDA. If you have come across a bag of Yukon Gold potatoes, you are looking at a Lamb Weston product. From its humble beginnings in Oregon, the company now spans five continents and offers a large variety of fresh and frozen potato products. Idaho based Lamb Weston was spun out of Conagra (CAG) in November 2016.

The market is probably affording the company a rich valuation because revenue has been growing high single-digits or double-digits for the last eight quarters, the company sports net margins of nearly 13% and beats estimates on both the top and bottom lines.

This is the first insider purchase we have seen at the company over the last two years. Mr. Jurgensen has been on the board of the company since 2017.

SPACs or blank check companies are publicly traded companies with no operations of their own. They are set up to find an operating business and eventually merge into that operating business. In this case, Mosaic has identified Vivint Smart Home as the operating company it plans to merge into at a valuation of $4.1 billion or 7.75 times EBITDA.

Shares of this hotel REIT were acquired by 2 insiders:

You can view the full list of purchases from this Insider Buying page.

Chairman & CEO Kenneth D. Tuchman sold 450,000 shares of this information technology company for $36.50, generating $16.43 million from the sale. These shares were sold indirectly by a trust.

Shares of this regulated exchanges company were sold by 3 insiders:

CEO and Chairman Langley Steinert sold 233,868 shares of this online automotive marketplace company for $36.02, generating $8.42 million from the sale. 17,772 of these shares were sold indirectly through a trust.

You can view the full list of sales from this Insider Sales page.

Additional disclosure: Disclaimer: Please do your own due diligence before buying or selling any securities mentioned in this article. We do not warrant the completeness or accuracy of the content or data provided in this article.