Free cash flow is now likely to point towards negative $300 million for the year (unadjusted).

This stock remains too speculative, with a poor risk reward balance.

At the start of September 2019 I noted in an article titled Stay On The Side:

[...] having a long position, despite its allure of investing in a fallen angel is just too speculative and not worthwhile investing in.

[...] Just because something has fallen in price, and is facing a grim outlook, this does not immediately imply the stock is a bargain opportunity.

Thus, it is on this theme that I expand today's discussion: why ''fallen in price'' is not the only necessary ingredient towards a satisfactory investment. Ultimately, why GameStop is too speculative and not worthwhile investing in. 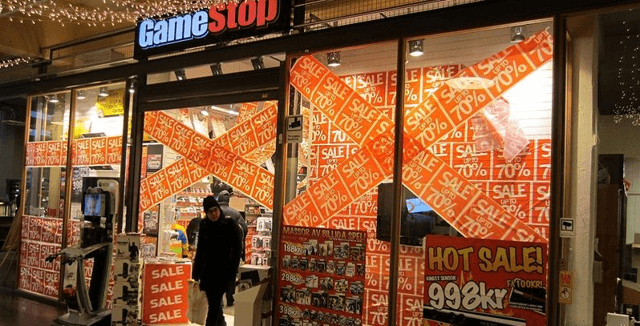 Gamestop (GME) reported results that were challenging to stomach for the all-important holiday period.

Indeed, fiscal 2019 guidance now points towards comparable sales being down at the midpoint of 20% compared with being down in the high teens as previously expected going into the holiday season.

Furthermore, whereas previously, prior to the holiday season, fiscal 2019 adjusted EPS had been pointing towards $0.10 to $0.20, the figures for adjusted net income are now expected to come in negative. Hence, even though EPS figures are not disclosed in the update, it's safe to assume that management does not quite have a full handle on the business.

During December's earnings call, management's guidance was pointing towards ending the year with total cash and liquidity in excess of $1 billion. Whereas yesterday's holiday sales update now points towards cash and liquidity of approximately $900 million - $100 million drop over the course of the one month.

To be fair, we were not informed about how much the change is being driven by creditors pulling some of GameStop's revolver. Having said that, to err on the side of caution, we should expect most of the shortfall being driven by a reduction in cash flow from operation.

Consequently, GameStop's December's guidance adjusted free cash flow for fiscal 2019 had been pointing towards $200 million to $220 million. Although, the difference between adjusted and unadjusted comes down to ''more than $400 million'' drag, which was due to overhanging accounts payables from the previous year paid off early in 2019.

Further, if the strategy from GameStop's management had been to aggressively repurchase its total outstanding shares, having bought back close to 35% of its total outstanding share during its trailing nine months, the question on investors' mind today will be whether management is likely to continue to repurchase shares in the face of recently reported dismal quarter?

Realistically, I fail to see management having any maneuverability left, as operations continue to face such challenging existential questions.

If GameStop did not carry any debt whatsoever, it could possibly have had a one-off special dividend or similar return of capital; but as it stands now, with more than $400 million of debt on its balance sheet, and having partially drawn down some of its revolver, and such negative free cash flow, this will restrict many avenues for a return of capital.

GameStop's valuation is highly controversial: if GameStop is able to survive into next year's next generation console lineup later this year, today's valuation may provide a strong return for shareholders.

The problem is, that over time, GameStop's value proposition gets withered away. The need for customers to use its stores for frequent and recurring purchases becomes close to nonexistent.

Moreover, as is well known, downloading video games totally does away with the need for GameStop altogether. So even if GameStop survives the next twelve months, the multiple investors will be happy to pay for GameStop is likely to continue compressing.

Warren Buffett's immortal rule should be closely adhered to. In the event that GameStop's shares were to fall a further 35%, investors would need more than 50% in their next investment simply to be back at breakeven. Not to mention the poor time return from their portfolio.

This investment remains too speculative and capital is best deployed elsewhere.

Why You Should Join My Marketplace?

Even though ServiceNow is terrific, evidence shows it's difficult to beat the S&P500 by investing in widely followed richly-priced popular names.

Meanwhile, by being extremely selective and investing in smaller contrarian stocks, your chances substantially improve.

Sign up for your two-week free trial with Deep Value Returns today!

SKIN IN THE GAME: I'm always invested alongside you in My TOP 5 STOCKS!

Follow Michael Wiggins De Oliveira and get email alerts
+
Add a comment
Disagree with this article? Submit your own.
To report a factual error in this article, click here.
Your feedback matters to us!