Natural gas, coffee and cocoa are the main weather markets

There have been a tremendous amount of weather in multiple commodities the last couple months with natural gas (UNG) and coffee futures (JO) seeing the most influence. A combination of a weak El Nino, a melting polar ice cap and various teleconnections you see here regarding global ocean temperatures, has resulted in one of the warmest US winters in recent memory. 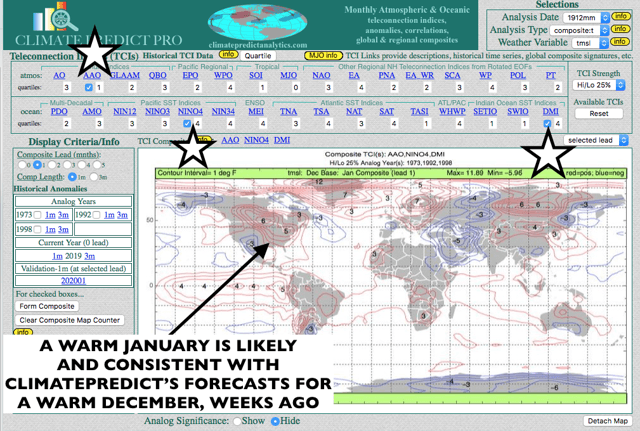 As a result, the triple inverse natural gas ETF (DGAZ) has seen a stellar 100-150% gain. I became bearish natural gas in a Seeking Alpha article I wrote back in late November (though I referred to the short natural gas, etc., as UGAZ, but meant DGAZ). But you get the picture, you can read the old article, here. 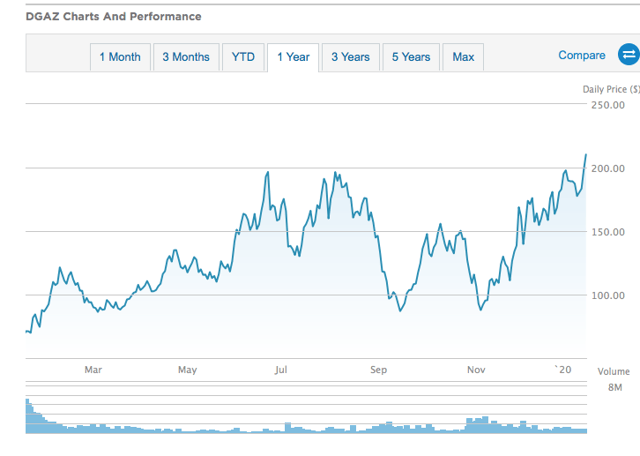 It's really a bit late to sell natural gas at these prices, but it is possible prices could still continue to drop to the lowest level in many years. Whether there is a cold late winter or spring will determine if there is major short covering. This information is reserved for my premium clients.

With respect to coffee, there were a whole lot of "drought mongers" that created fear in the market place last December about a drought in Brazil to coffee. We disagreed. Since then, coffee prices have settled back some 25% the last few weeks. Coffee prices also rallied from 98 cents to $1.41 a month ago because of tight nearby supplies and too big of a short position. I think the warm northern Hemispheric winter is also cutting into global coffee consumption.

I wrote an interesting article here about why I feel El Nino is still hanging on and is having some influence on global weather patterns and commodities.

One important teleconnection that signifies if there is an El Nino or not, is called global angular momentum (GLAAM). This has to do with "torque" in the atmosphere and involves a complex mathematical formula. It is often as important as warm ocean temperatures in the equatorial Pacific and the Southern Oscillation Index. 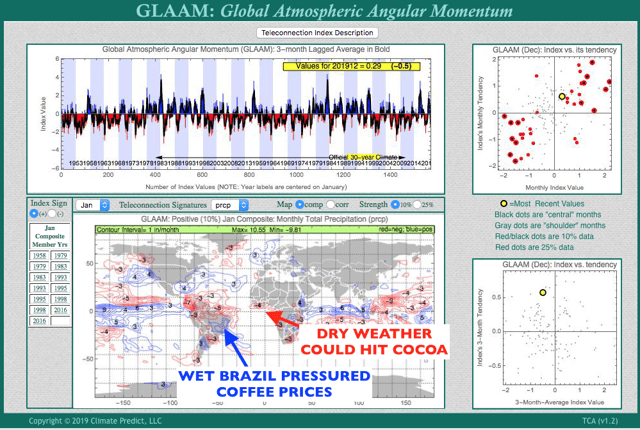 A typical El Nino phenomenon involves a complete reversal of the Trade Winds along the equator (as the map below shows). While there are not official warnings of an El Nino from NOAA and others, the positive GLAAM state still suggests that parts of the world are acting like it: The fires in Australia, drought in Indonesia, wet weather and severe weather in the southern US, the warm US winter, etc. etc. 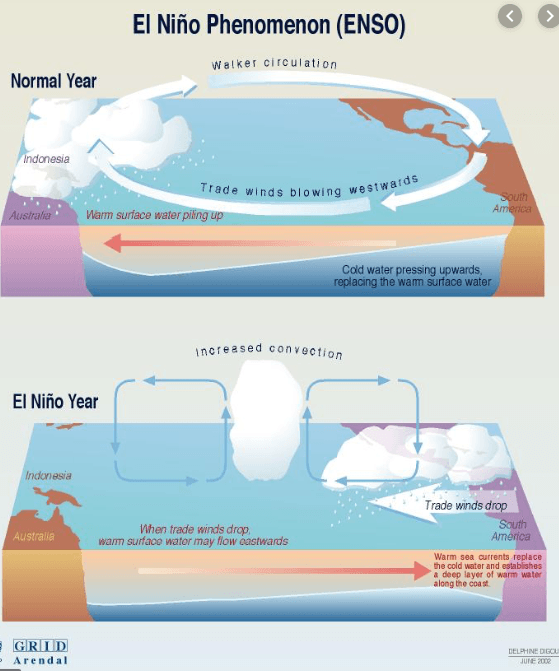 In conclusion, you may ask, "OK, how do I play commodities if we have an El Nino signal?" This can be a bit tricky because, again, we do not have an official strong El Nino. Hence, present weak El Nino conditions could ease before or by summer. A weak El Nino can disrupt global weather patterns just as much as a strong one. I think the recent drought in Australia will mean less cotton production and potentially higher cotton prices (BALB). In addition, given both weather and strong Asian demand for cocoa, my bias is bullish the cocoa ETF (NIB) in the weeks ahead. Natural gas (UNG)) prices will be poised for a strong short covering rally sometime later this winter or spring, but the timing of such will depend on the weather and pre-summer buying.

James Roemer
1.71K Followers
Jim Roemer owns the site (www.bestweatherinc.com) offering FREE and SUBSCRIPTION BASED weather-related blogs for commodity traders and farmers. He also is co-founder of CLIMATE PREDICT, the most detailed and accurate long-range global weather forecast tool. He was one of the first meteorologists ever to become an NFA registered Commodity Trading Advisor and has worked with major hedge funds, Midwest farmers and traders for over 30 years. His unique ability to forecast both short and longer range weather trends, with a special emphasis on interpreting market psychology and major market moves in grains, softs, and the energy markets, has made him a global industry leader in the commodity risk management industry.
Follow