For sixteen years Decawave, based in Ireland, has been developing, promoting and selling chips for ultra-wideband, also called UWB. After years of trailblazing the UWB market as a small privately held company, it was announced Wednesday that Decawave will be acquired by Qorvo (NASDAQ:QRVO), a major American chipmaker focusing on RF (radio) solutions.

UWB is a radio technology that can measure distance and location very precisely. Its accuracy reaches 5-10 centimeters, compared to several-meter accuracy that is generally achieved using Wi-Fi or Bluetooth. UWB based systems are used to monitor locations of people, equipment, robots, vehicles and other things that move around indoors, where GPS is unavailable. These systems are increasingly used in places like factories, hospitals, stores, offices, casinos, and more. UWB is also used to measure distance and location outdoors when more accuracy and reliability is needed than can be provided by GPS. In addition to dedicated localization solutions, UWB has been embedded in other devices such as robots and drones, and is driving location awareness in the growing Internet of Things (IoT) market.

Most recently, Apple (AAPL) announced in October that they will include UWB technology in their upcoming iPhone models. While they did not detail what this UWB capability will be used for, the list of potential applications is nearly endless. One use, clearly, is for UWB-powered real-time location systems to monitor locations of iPhones. But much more exciting uses come when UWB-enabled iPhones can work in concert with UWB chips in other devices. If mobile payment consoles are UWB-enabled, for example, they can ensure that they are only communicating with phones within a precise distance of the checkout, to reduce hacking and fraud. UWB enabled drones (such as an indoor aerial entertainment system from Intel (INTC)), robots (such as one from iRobot) and autonomous vehicles (such as a new Segway vehicle with follow-me functionality) can track their locations relative to an owner's smartphone much more accurately than can be done with other technologies. UWB is also being explored for smartwatches, wearables, door locks, car fobs and much more. 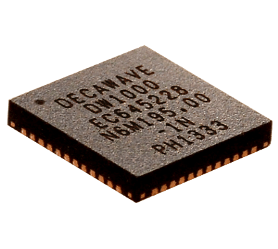 Because of the wide range of UWB uses, Apple's "stamp of approval" on UWB is expected to propel UWB into the mainstream. This is likely to include other smartphone makers copying Apple and including UWB in their devices, and more importantly will include integration of UWB in location-aware electronics, wearable devices, and more.

Until now, the only major public chip maker that sells UWB chips is NXP (NXPI). Decawave has been the biggest evangelist for UWB, along with other private companies including Time Domain and BeSpoon. While each vendor's chips have advantages, Decawave's product line is particularly mature, having been through several generations of development. Decawave's chips are also very small, fitting for use in wearable devices and other small things, and they include support for angle-of-arrival and other advances not yet common in other UWB chips. Decawave's acquisition by Qorvo moves the power of Decawave's UWB into the hands of a major public company. 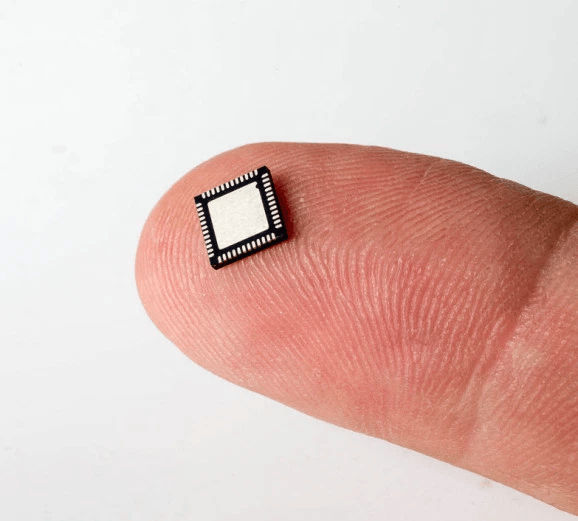 In the upcoming months I expect we will hear about new devices coming to market with UWB chips from Qorvo and NXP, hopefully compatible with the UWB in the upcoming iPhones and designed to interact with UWB in phones. We will also likely hear of other phone makers copying Apple's lead and integrating UWB into their lineups. Most importantly, we will see new UWB applications that have not yet been conceived, made possible by mainstream adoption and growing out of the technology's general availability.