It wasn't necessarily a quarter to brag about.

On January 30, Verizon (NYSE:VZ) reported 4Q19 results that were ill-received by investors, as shares have stayed largely in negative territory since earnings day against an otherwise strong equities market. The company managed to squeeze in a revenue beat of about $150 million, driven primarily by strong metrics in consumer postpaid wireless but failed to deliver consensus-beating earnings per share for the first time since 2017.

Despite the mixed bag of news, I continue to see the appeal of investing in VZ, in great part as a result of the stock's diversification properties. 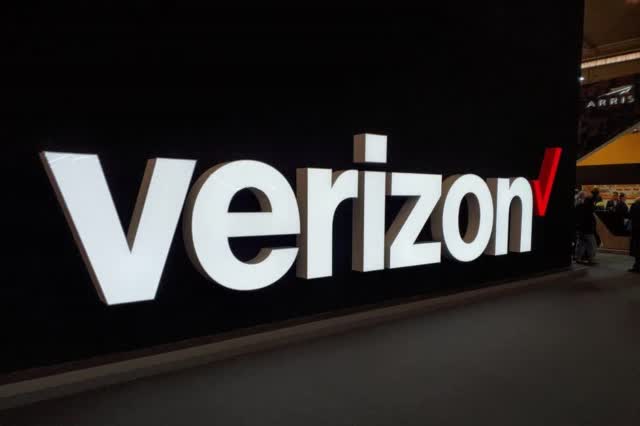 First, a brief look at the numbers

Before diving into why I believe VZ is a stock worth owning, let me quickly review the carrier's performance in 4Q19.

The key revenue drivers on the wireless side caught my attention first. Postpaid net adds (consumer and business combined) landed at an impressive 1.25 million - which, to be fair, seems to have been close enough to expectations. For reference, the number is substantially better than AT&T's (T) 135,000 reported one day earlier.

At play here is probably a strong iPhone cycle, as seen recently in Apple's (AAPL) holiday quarter results. But device promotions and the partnership with Disney (DIS) on the company's new streaming service were likely an important factor as well. Better news yet, ARPA (a measure of per unit revenue) increased by 2.2% YOY to a bit over $138, the third-best quarter of growth for this metric in the past ten periods at least.

Not all were great news, however. Pressuring the bottom line were (1) the investments in growth that took the form of rich activation and marketing costs and (2) the loss in scale from the secular decline in wireline. Margins will likely continue to be challenged by these factors that I believe will persist beyond the next couple of quarters, especially as Verizon attempts to retain market share in wireless and ease the unwind of the wireline business.

Pulling from memory, I don't think that I have ever been a "pound the table" VZ bull, while at times I even questioned the company's prospects. It is hard to be overly optimistic about any player in the US telecom space, considering how I believe the industry is destined to remain a slow-growing, highly competitive one.

But when it comes to stock investing, I am a firm believer that one must think at the portfolio level and not get too short-sighted looking at the company's or stock's quarter-to-quarter performance - as a few analysts tend to do. The charts below illustrate how VZ has been and can still very well be, a valuable addition to a diversified portfolio.

Since the start of 2005, through booms and busts, VZ has produced monthly returns that were opposite (i.e. negative vs. positive) those of the broad market (SPY) nearly 40% of the time. The performance of the stock was correlated with that of the S&P 500 at a factor of only 0.38 over the same period. Better yet, during the Great Recession of 2008-2009, VZ experienced a peak-to-trough drop of only 33% vs. the market's more painful 50%-plus.

While it is true that past performance is not a guarantee of future results, I believe VZ will continue to be a defensive name that is worth owning. The company may not experience aggressive top- or bottom-line growth in the foreseeable future, but both its user base growth and pricing power appear to be on firm ground. As a result, Verizon seems to operate a healthy subscription-based business that may allow the carrier to both thrive during good times and also endure periods of macroeconomic distress relatively well.

Given the above and considering that VZ trades at a timid forward P/E ratio of 11.5x while the stock yields a healthy 4.2% in dividends, I remain on the bullish side of the fence.

The whole idea behind my Storm-Resistant Growth (or SRG) strategy revolves around the concepts described in this article. Since 2017, I have been working diligently alongside my SRG premium community on Seeking Alpha to generate market-like returns with lower risk through multi-asset class diversification. To become a member of this community at 2018 prices and further explore the investment opportunities, click here to take advantage of the 14-day free trial today.

Disclosure: I am/we are long VZ, AAPL. I wrote this article myself, and it expresses my own opinions. I am not receiving compensation for it (other than from Seeking Alpha). I have no business relationship with any company whose stock is mentioned in this article.