Washington Prime Group has maintained its quarterly common dividend at $0.25 per share despite a sharp decline in FFO over the past few years.

Falling NOI and rising CapEx related to redevelopment projects have left Washington Prime with little room to maneuver without violating its debt covenants.

Washington Prime's board should reduce the dividend this year, ideally by 40%-50%.

Even if Washington Prime reduces the dividend, investors shouldn't consider buying the stock until there are clear signs of NOI stabilization and balance sheet improvement.

Mall REITs have been reeling from a spike in tenant bankruptcies over the past year. REITs with high exposure to low- and mid-tier malls have been particularly hard hit, reporting sharp NOI and FFO declines.

These weak conditions recently forced CBL & Associates to suspend its common and preferred dividends indefinitely. Yet Washington Prime Group (WPG) has continued paying the same dividend ($0.25 per quarter for its common shares) ever since its 2014 spinoff from Simon Property Group, despite being quite similar to CBL in terms of leverage, NOI trends, and portfolio quality.

Management has defended the dividend policy over the past year, noting that "a good portion" of the $1 payout to shareholders was required to ensure that Washington Prime maintains REIT status. (REITs must pay out at least 90% of their taxable income as dividends.)

However, Washington Prime will almost certainly have room to cut its dividend in 2020 while still satisfying the 90% rule. Given that it is running out of room to fund redevelopments without violating its debt covenants, the board should take this opportunity to cut the dividend as much as possible.

Washington Prime's underlying earnings performance deteriorated significantly in 2019. Through the first nine months of the year, adjusted FFO per share plummeted to $0.86 from $1.13 a year earlier. For the full year, management's guidance calls for adjusted FFO per share between $1.16 and $1.24, compared to $1.51 in 2018.

REITs' taxable income tends to be significantly lower than FFO, mainly because FFO excludes depreciation and amortization expense. However, Washington Prime has been reporting significant taxable gains in recent years from selling land and outparcel buildings and in conjunction with returning certain underperforming properties to the lenders.

Additionally, Washington Prime recorded a $37.7 million gain upon transitioning Towne West Square to the lender in July. It locked in another substantial gain (not yet disclosed) upon handing back West Ridge Mall in December.

REITs typically don't report taxable income to the public, and it can be tricky to calculate. But based on the information that is publicly available, Washington Prime's taxable income is likely to decline significantly in 2020.

Additionally, a key reason why management hopes comparable NOI will return to growth in 2020 is that some of Washington Prime's redevelopment projects are coming on line. That will increase depreciation expense, widening the gap between FFO and taxable income. 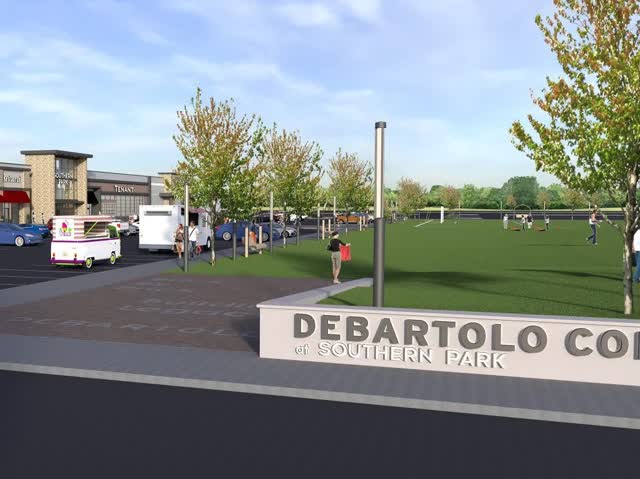 Meanwhile, one-time gains will start to taper off. As of Sept. 30, Washington Prime had $46.1 million of outparcel sales remaining under a pair of portfolio deals with Four Corners Property Trust. As noted above, it completed $11.6 million of outparcel sales during Q4, leaving it with $34.5 million remaining (assuming there were no unannounced deal closings). For comparison, asset sale proceeds totaled at least $45.5 million in 2019, with most of the proceeds showing up as taxable gains.

As for non-core mall givebacks, while Washington Prime will probably transition another one or two non-core malls to lenders this year, the one-time gains may be smaller. As of the end of 2018, the properties returned to lenders in 2019 (Towne West Square, West Ridge Mall, and West Ridge Plaza) had a combined mortgage balance of $95.1 million. Charlottesville Fashion Square and Muncie Mall (two of the non-core properties that might be returned in 2020) had a lower combined mortgage balance at the end of 2018 ($80 million). They also had a somewhat higher net book value. This makes it likely (but not certain) that the taxable gains from returning this pair of malls would be lower than for the properties handed over in 2019.

Seminole Towne Center is part of a complex joint venture, where Washington Prime has 45% legal ownership but zero effective ownership. That makes it even harder to discern the potential tax consequences of returning that mall to the mortgage lender. Nevertheless, based on the available information, it seems likely that one-time taxable gains will decline year over year in 2020.

Running out of room under the covenants

While Washington Prime is on track to have room to cut its dividend in 2020, management and the board have shown that they will go to extreme lengths to protect it. However, the REIT could soon find itself in hot water if it tries to maintain a $0.25 per share quarterly dividend.

Like most REITs, Washington Prime is bound by various covenants designed to protect its creditors. Most importantly, it must maintain total indebtedness at less than 60% of its total asset value, where total asset value is calculated by applying an 8% cap rate to its enclosed malls and a 7% cap rate to its open-air retail assets. (The full details are found here, between pages S-18 and S-23.)

Realistically, a dividend cut is the only way out. While Washington Prime's FFO modestly exceeds its dividend payments, there's very little left over (roughly $45 million as of 2019) to cover the REIT's substantial CapEx bill. For 2019, Washington Prime expected to spend $55 million to $65 million on recurring CapEx and deferred leasing costs, plus another $90 million to $115 million on redevelopment projects.

The recurring CapEx isn't going away. Neither are the redevelopment costs. Washington Prime hasn't even begun construction on the vast majority of the 29 department store spaces it has previously identified as requiring redevelopment. Moreover, that list of 29 is sure to grow in the coming years. For example, last month, a pair of anchors at a single property (Southgate Mall) announced that they would close. And just this week, Macy's said that it plans to close 125 stores in weaker malls over the next three years, including 30 that have already been identified.

Up until now, Washington Prime has been funding nearly all of its CapEx with debt and asset sale proceeds. Either way, its debt-to-assets ratio increases. Going forward, it will need to live within its cash flow, which means reducing the dividend by perhaps 40%-50% to free up about $100 million annually that could fund necessary redevelopment work.

It's just a question of when

Barring a miraculous earnings recovery (which is very unlikely to materialize in the near term) Washington Prime has few options for addressing its looming debt covenant crunch.

Recently, management has started talking about the potential to sell excess land at certain properties for mixed-use development. That could certainly help by bringing in cash without reducing NOI. However, gaining entitlements and negotiating land sales is a time-consuming process if you're trying to get a fair price. Thus, relying on land sales to cover redevelopment costs (thus freeing up virtually all of Washington Prime's FFO for dividend payments) would be extremely risky.

Reducing the dividend would be a far more prudent move. Even after a 50% cut, Washington Prime would offer a 15%-plus yield. Meanwhile, the dividend cut would free up more than $110 million of cash annually. This wouldn't quite make the REIT fully self-funding, but it would be able to fund the vast majority of its CapEx from cash flow. That would enable Washington Prime to start reducing its debt load with the proceeds of future asset sales, rather than needing to plow all of the proceeds into redevelopment projects.

A dividend cut alone wouldn't be enough to make me bullish about Washington Prime. Many of its malls are likely to continue losing traffic in the years ahead. However, if the REIT is able to stabilize its NOI with the incremental revenue from redevelopment projects while gradually reducing its debt through asset sales, Washington Prime could become an intriguing cigar-butt investment, particularly if the dividend cut sparks another selloff in the stock. While bulls' estimates that Washington Prime's NAV is $10 or more are far too optimistic, I do think NAV is higher than the current stock price, mainly due to the relative stability of Washington Prime's open-air properties and top handful of malls, as well as the land value of some of its suburban assets.

In short, cutting the dividend might be painful for shareholders in the short run, but it's a necessary step to reduce the risk of a future covenant breach. As such, it offers the best chance of a good outcome for investors going forward. By contrast, if Washington Prime maintains its current dividend, shareholders might be pleased in the short run, but the long-term results could be disastrous.

If you enjoyed this article, please scroll up and click the follow button to receive updates on my latest research covering the retail, real estate, airline, and auto industries.

Disclosure: I am/we are long M. I wrote this article myself, and it expresses my own opinions. I am not receiving compensation for it (other than from Seeking Alpha). I have no business relationship with any company whose stock is mentioned in this article.