My previous article on Facebook (FB) was published in September 2019, entitled "Cash-Rich Facebook Will Get Cash Richer" (price at publication $188.49). Since then, total return has been ~13%. 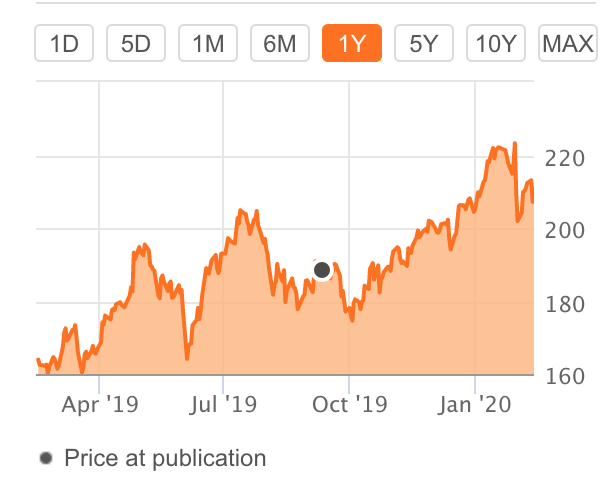 The title of my previous article is important. The cash pile is a key element of my FB thesis, just like with my thesis in Microsoft (MSFT) in 2011/2012. Simply put, FB's current valuation is compelling relative to its large cash hoard and future cash flow generation potential, which will further boost its cash balance, all else constant. In fact, assuming a static world (i.e. operating cash flow after maintenance CAPEX is simply accumulated on the balance sheet), the cash balance could well exceed 50% of FB's existing market cap. FB could be a trillion-dollar market cap company much sooner than many realize, joining the ranks of MSFT, Alphabet (GOOG) and Amazon (AMZN).

I understand that this 'black box' approach sounds quite basic, but it doesn't require much more. However, the reality is that we do not live in a static world. I strongly believe that FB's operating cash flow will continue to grow over time, and it will be much higher ten years from now. It is inevitable unless Instagram, Facebook.com, WhatsApp, new projects that FB starts, or any company that it acquires will turn out of fashion and/or be a complete disaster. I don't see any indications this is going to be the case. For example, both daily and monthly active users remain strong: 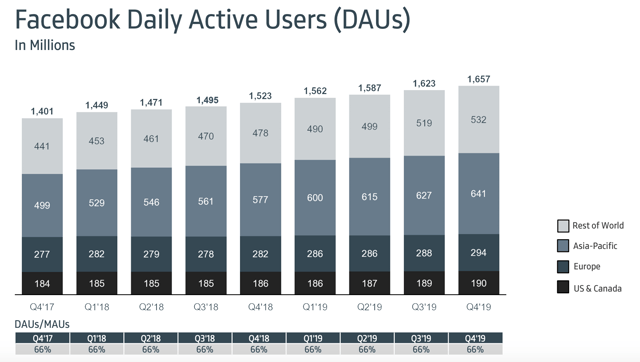 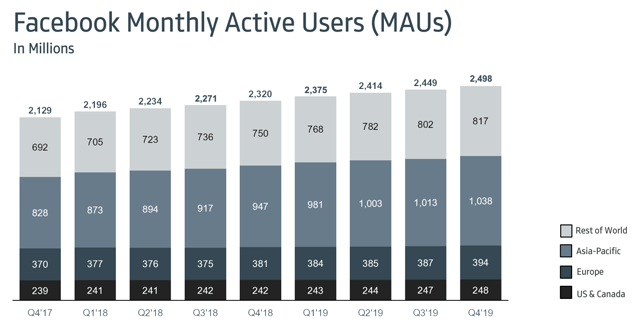 For those who are not familiar with my strict investment criteria, I believe the following model is a recipe for success.

Stable and growing cash from operations is sufficient to cover all of the following corporate priorities:

I am confident that overtime FB will acquire more companies, start more projects (like the similar app to Pinterest), its existing platforms will continue to remain popular and monetization initiatives will bring in more revenue (including more from non-advertisement sources). In other words, I am confident that cash from operations will keep on growing, and this will be translated into an ever increasing cash balance, all else constant. This is depicted in the following graph. 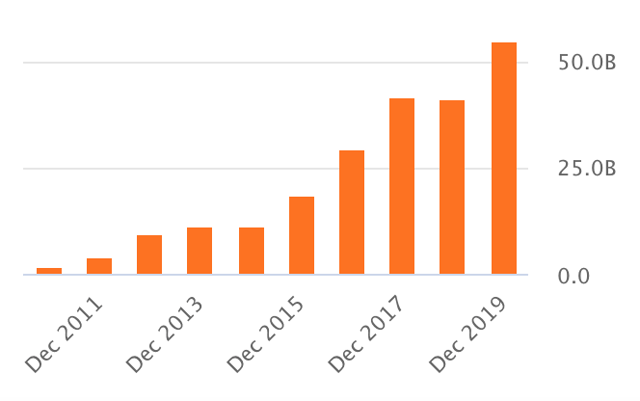 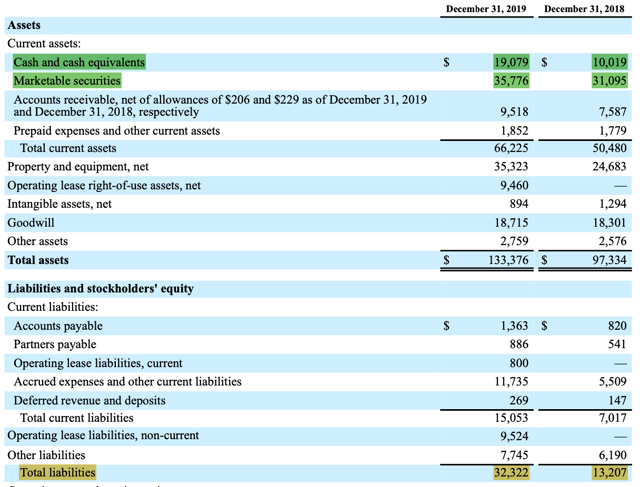 This situation will keep on getting better and better, fuelled by rising cash flow from operations. 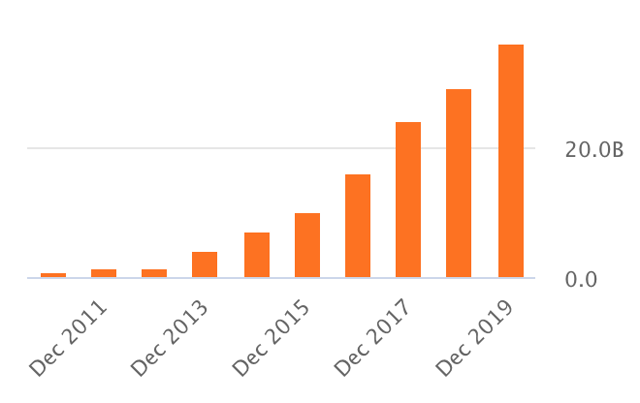 For FY 2019, net cash provided by operating activities surpassed the $35Bn mark (~$36Bn). Thinking about the long term, if this annual run rate is sustained (in reality it will most probably improve), on a post-maintenance CAPEX basis, FB can comfortably accumulate more than $25Bn per annum. All else constant, this will go straight to its cash balance. In other words, FB will accumulate more than $250Bn in cash over the next decade, on top of its existing $55Bn, all else constant. So that's more than $300Bn in pro-forma cash (versus a current market cap of ~$600Bn).

Again, this scenario assumes that FB will not grow, not innovate, not acquire other companies, not repurchase shares. In other words, it will simply accumulate operating cash flow, net of maintenance capex. However, in reality, FB will most likely keep on growing both organically and via M&A. As such, revenues and operating cash flow is set to grow over time. Also, as cash flow grows, growth CAPEX is likely to increase, which in turn will create a nice compounding effect. This, coupled with continued share repurchases, will boost per share metrics at a rapid pace. Overall, I feel FB remains quite cheap and will very likely join the $1 trillion market cap club, much sooner than many expect.

Disclosure: I am/we are long FB. I wrote this article myself, and it expresses my own opinions. I am not receiving compensation for it (other than from Seeking Alpha). I have no business relationship with any company whose stock is mentioned in this article.