Okay, which of these two charts do you like best? I'm thinking it's no contest, right?

You want the Shopify? (NYSE:SHOP) I'm not at all surprised. But charts like theirs scare me. Valuations like theirs frustrate me (300X annualized earnings). The amount of press coverage this admittedly successful upstart is receiving worries me. The company just reported its 4th Quarter 2019 earnings (from Investor's Business Daily, Feb. 12, 2020)

Shopify stock vaulted 13.1% to near 557 in morning trades on the stock market today, and touched an all-time high of 593.89 earlier in the session.

Canada-based Shopify (SHOP) said adjusted earnings were 43 cents a share, up 59% from a year earlier. The provider of e-commerce platforms said revenue rose 47% to $505.2

There was no fanfare when Methanex (NASDAQ:MEOH) reported its fourth quarter. A notoriously cyclical industrial business, it belongs to that group of companies that haven't been in favor since the boom in resource companies that followed the bursting of the .com bubble. 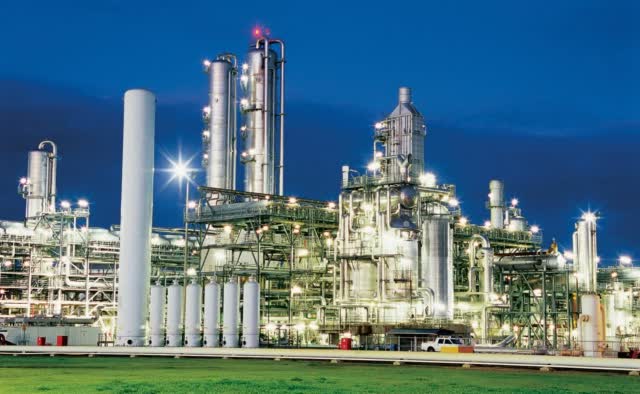 Based on conventional valuation measures, it doesn't appear to be a cheap stock either (at >90X annualized earnings). But we cannot use conventional measures when assessing the resource-based sector. We want to buy these stocks when the multiple of earnings is very high (or undefined because you are dividing the price by nothing). When cyclical earnings are high and the P/E ratio is low, - we sell them. 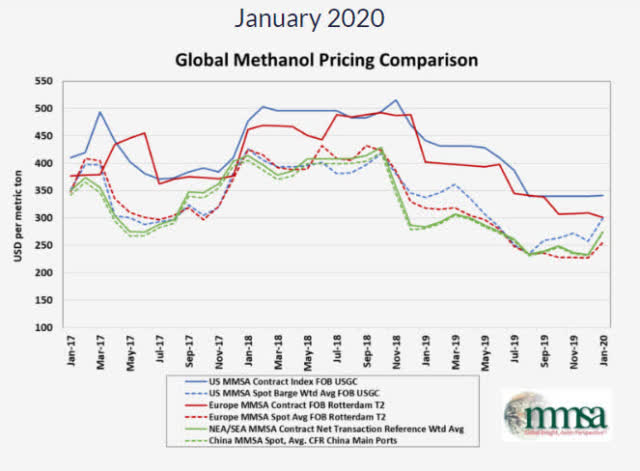 The disruptions in tanker traffic taking place bode well for commodity prices over the next several months. Shortages of delivered supply should boost pricing. So, even though (see other posts) I expect the overall market to falter in short order from the current ridiculous levels, there will be some sectors that will do well as the overvalued (technology) sectors plummet. Consider this quote from an old book I wrote called Resources Rock (2004 by Spooner and Clarke, Insomniac Press):

"A general rule of thumb is that there's always one resource sector outperforming the overall market. The trick is to identify it early, participate in the cyclical rebound, and then move along to the next boom - this is the formula for successful investing."

Why am I convinced this will happen? Shopify is a great growth story, but investors will be disappointed when retail sales soften over the post-holiday season. This is a seasonal phenomenon that hasn't been fully discounted. The below chart of US Retail Sales over time illustrates that sales decline after the shopping season is over (and often during the summer months as well).

Why would I pick Methanex? A byproduct of the coronavirus (see other posts) is a surplus of fuel supplied causing energy prices to drop. Natural gas is the feedstock for methanol production. So, even if methanol prices don't improve as I expect they will, the profit margin for a producer like Methanex should get better anyway as their costs fall. Besides, the stock has a generous dividend yield of over 4%. 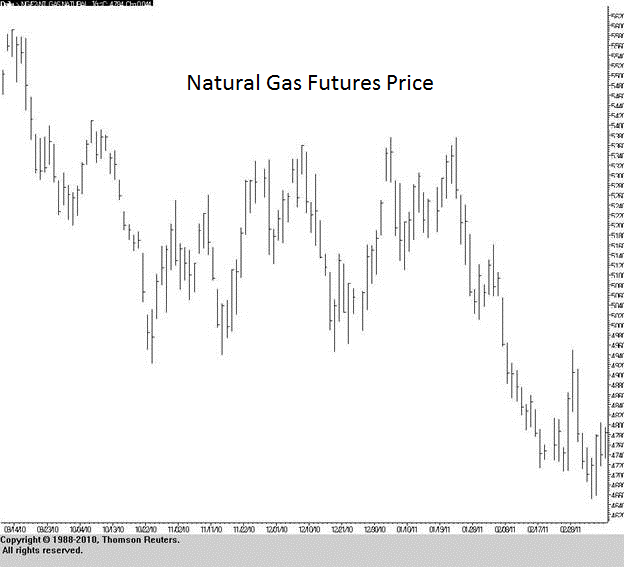 So, you buy Shopify, and I'll buy Methanex.

Disclosure: I am/we are long MEOH. I wrote this article myself, and it expresses my own opinions. I am not receiving compensation for it. I have no business relationship with any company whose stock is mentioned in this article.

Follow Malvin Spooner and get email alerts
+
Add a comment
Disagree with this article? Submit your own.
To report a factual error in this article, click here.
Your feedback matters to us!