The thirst for base metals, via the Belt & Road Initiative, should support demand for China Gold's base metal production moving forward.

China Gold International debt financed a massive expansion, which is already paying dividends on their revenues and should positively affect net income in coming periods.

China Gold International (OTCPK:JINFF) is a gold, silver, lead, copper, zinc, and molybdenum producer based in Vancouver with operations in China. The company's largest shareholder is China National Gold Group, a Chinese state-owned gold producer. About 47% of the stock is owned by this group and other institutional investors. The stock trades primarily on the Toronto and Hong Kong Exchanges. 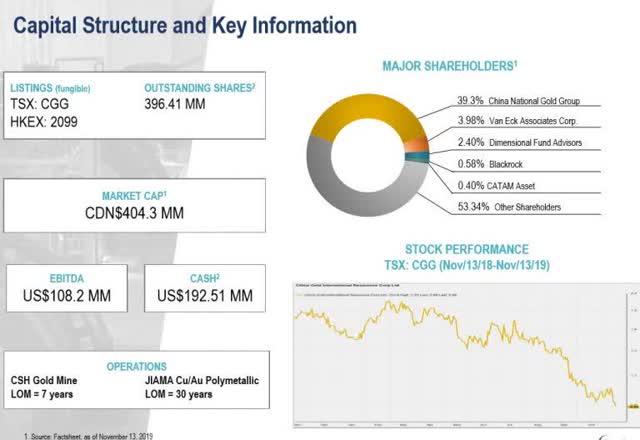 The company accounts for about 20% of Chinese production and holds about 30% of China's gold reserves. China buys all of its internal gold production, so the company has no issue selling its precious metal at market prices without having to worry about changes in world gold supply and demand. Combined with its massive base metal reserves, China Gold is key to the success of Chinese mining, whose production is crucial to the Chinese economic engine.

The close relationship between the government and China Gold International ensures the company's production goals will be meet with local Chinese demand. Two major factors ensure that they will find ready local buyers: a) China's middle class is growing and constantly demands more base metal resources and b) The Belt & Road Initiative connecting 75% of the world's economies needs a ready supply of materials to support its planned massive infrastructure expansion.

The company recently created over $1 billion in financing through a bond issue and credit facility to finance expansion of the Jiama (35-year mine life) and CSH mines. The company has steadily increased production of its two main products, gold and copper. Therefore, revenues have increased substantially over the last several years.

In addition, management has expanded drilling at the Jiama mine property in search of additional mine-able resources. The company notes in a recent news release:

Mine grades are mostly middle of the road but have large reserves. Lead and copper resources found on company properties are above the world mine averages, while gold and the rest of the metals are found at below average per ton of rock mined.

China Gold has the capability to mine copper and gold above operational costs due to tight mining controls and the aforementioned consistent support from local state government on demand. However, management notes that cost of sales recently increased for the following reason:

Cost of sales as a percentage of revenue for the Company increased from 78% to 86% for the three months ended September 30, 2018 and 2019, respectively. Cost of sales was impacted by many production factors such as grade of ore, recovery rates, stripping ratio and etc.

Digging deeper, here is the company's published cost of mining at CSH property. We note that mining and processing costs per tonne of ore have fallen. Also, note that ore grade has stayed consistent from 2018 to 2019. 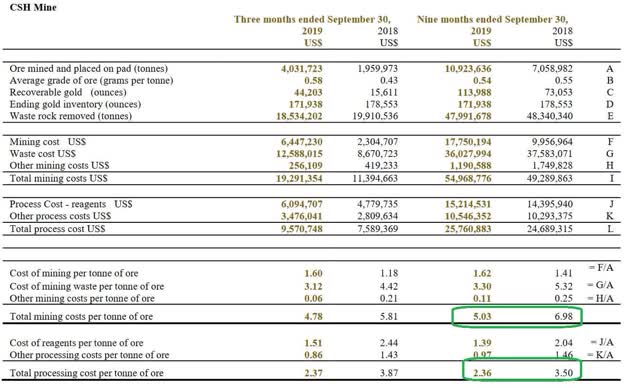 Company documents note that Phase II of Jiama mine production have fallen, in line with expectations, as open pit mining of lower grade ore has commenced. Therefore, mining costs per ton for Jiama have risen.

The recent financing costs for the mine expansion have put pressure on short-term profits. Lower ore grades from Jiama have also combined to increase overall mining costs, which I expect to be a relatively short-term phenomenon based upon the following operational analysis.

Attached below is the company's report on cash flow activities for 2019 compared to the previous year. Note the increase in investment expenditures for plant, property, and equipment as well as the effect of foreign exchange transaction losses for nine months ended 2019.

Debt service is front-loaded in the next few years and tapers off substantially afterwards. Examining the debt repayment schedule provided by management, we expect that the negative pressure on cash flow from financing activities should reduce substantially in the near term. As a result, we expect the company to realize positive net income as the debt is paid down.

The market has discounted the stock based upon its debt run up along with the short-term losses this strategy has generated. The optimist investor would opine that now is the time to buy this consistent gold and copper producer at value prices.

What is the stock worth? Let's take a look at a few recent valuation metrics. 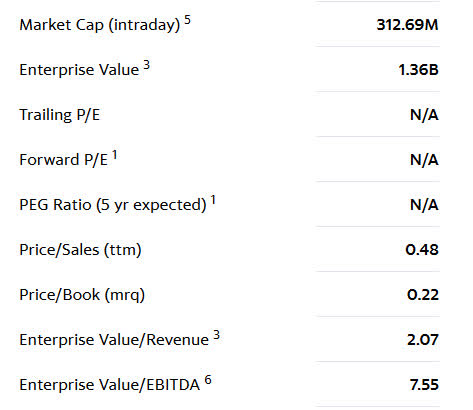 The stock is priced at about half of sales, which is credible, considering recent losses. However, investors have oversold the stock based on a paltry price/book value of 0.22. Considering the past history of operational results, the company should return to profitability once the initial debt payments are made.

Assuming debt is paid as projected by company documents, a 1:1 price to book value for the stock would yield a $3.64 share price. This is absent of any upside moves in the underlying commodity prices.

With CSH mine ore grades remaining steady post expansion, there is no reason for investors to assume the company cannot deliver the same rate of product per ton mined.

The stock will likely become more attractive for investors with a longer term focus, say 2-3 years. The stock could also reward patient resource investors that see gold and copper prices returning to the upside.

The biggest operational downside is the decision to open pit mine Jiama and reduce the ore grades of the copper. This increases costs per ton and mitigates the profit from the mine. While inevitable development of the project, we encourage investors to include lower copper ratios in their assumptions of that mine's potential returns.

The company took an educated gamble in expanding operations at its mines that it feels were warranted. Management has performed due diligence with drilling to illustrate ample resources would be economic to mine. Early returns have confirmed management's thesis, but the cost has not enthused short-term investors.

Should the demand for copper and the other base metals crash, it could create an enormous amount of pressure on management to renegotiate the debt repayment schedule and likely cause a dip in the share price. However, copper is expected to move into global deficit by as soon as 2021, which would likely raise prices and also, therefore, profitability per pound produced by the miners. 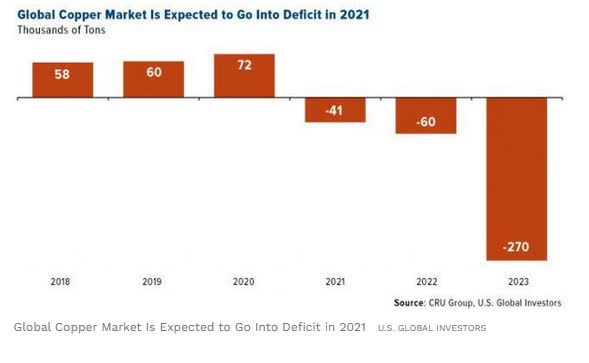 Since August 2018, when gold was priced at $1,176 per ounce, prices have risen 33% to $1,578 an ounce. The move started during fears of deflation in Q4 of 2018 after the Fed began raising rates earlier in the year and continued through 2019 on fears of economic trade wars with China and weakening global manufacturing conditions. Gold's price appears supportive and not threatening to drop in the near future as these fears have not been completely alleviated.

It appears, therefore, as though management's expansion gamble is based on solid analysis of both the copper and gold market fundamentals.

China Gold International has positioned itself to take advantage of growth coming from within China and with China's business partners constructing the world's largest trade route connecting most of the world's major economies. Coupled with China's lust for gold in recent years which will ensure production is gobbled up at market prices, the company looks well positioned to realize the increased revenue targets envisioned by management.

Deflationary economic conditions risk lower prices in base metals but would also have the mitigation of a rising gold price to compensate.

The price for the stock is depressed way below what the book value says it is worth, which presents investors with a buying opportunity. Whether or not the stock performs in line with the company's projections will determine whether the market accepts the risk and rewards the company with a stock value that more accurately reflects the resources the company has developed.

Follow Robert Kientz and get email alerts
+
Add a comment
Disagree with this article? Submit your own.
To report a factual error in this article, click here.
Your feedback matters to us!