This is a weekly series focused on analyzing the previous week’s economic data releases.

The objective is to concentrate on leading indicators of economic activity to determine whether the economy is strengthening or weakening, and the rate of inflation is increasing or decreasing.

The JOLTS report is showing very early signs of deterioration in the labor market. The reason for this is the significant decline in job openings over the past few months. The number of openings fell 364,000 last month to 6.4 million, which is down sharply from a peak of 7.6 million a year ago. I'll grant that 6.4 million is still a lot of job opening, but it's the rate of change that we focus on in economics. Employers pull job listings before they start to let go existing employees. Perhaps this deterioration can be explained by the trade war, which means that the phase-1 deal should lead to an increase in openings in the coming months. Time will tell, but I think something more onerous is afoot.

Consumer prices rose 0.1% in January, while the core rate, which excludes food and energy, increased 0.2%. This keeps the year-over-year gain in the core rate at 2.3%, while overall inflation has now risen from 1.8% to 2.1% to 2.3% to a 2.5% rate on a year-over-year basis over the past four months. The Fed still isn't happy and wants more inflation. Tell that to workers that earn an average hourly wage.

As I noted last month, the Fed uses the more convenient Personal Consumption Expenditures price index to measure inflation, which is tracking at a lower 1.7% rate. This allows it to maintain looser monetary policy and continue providing stimulus. The PCE index has a larger health care component than the CPI, and it also measures Medicare and Medicaid reimbursement rates, which are artificially low and not market prices. Therefore, it is not an accurate measurement of inflation for the majority of American consumers. 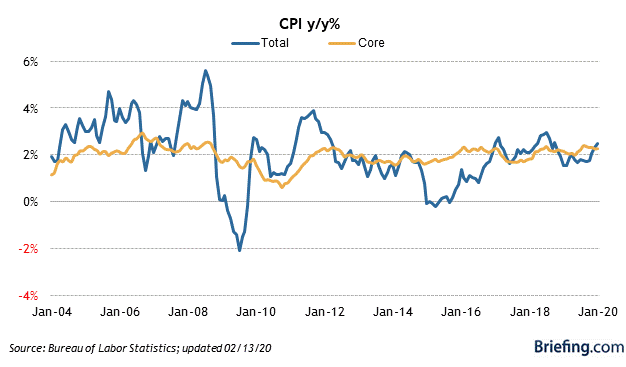 Real average weekly earnings for all employees on non-farm payrolls showed ZERO growth over the past year for a second month in a row. The growth rate was 2% a year ago. Is that progress? It seems to me like Chairman Powell would be concerned about higher rates of inflation given that consumer purchasing power has been wiped out over the past year. As the rate of inflation has risen 1% over the past year, growth in average hourly earnings and hours worked has declined. This development should weigh on the rate of real consumer spending growth moving forward. We already saw early signs of deterioration in the Q4 GDP report with real consumer spending growth declining to just 1.8%. 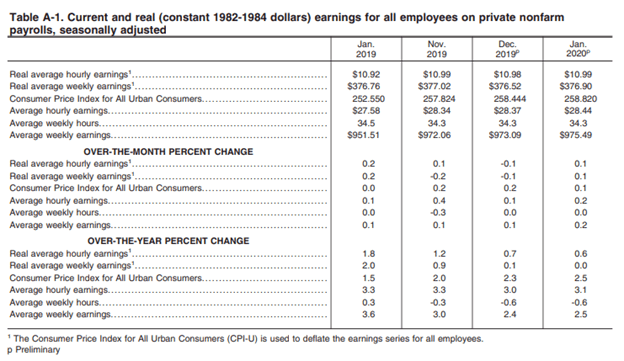 Retails sales rose 0.3% in January, led by building materials (+2.1%) and furniture (+0.6%). Sales of motor vehicles bounced back from December's 1.7% decline to rise 0.2% in January. Clothing was the biggest decliner, with sales falling 3.1%. Core sales, which exclude autos, gasoline, building materials, food services and bars rose 0.2% in January and are up 3.8% year-over-year. I expect this rate to continue declining until we return to real wage growth. 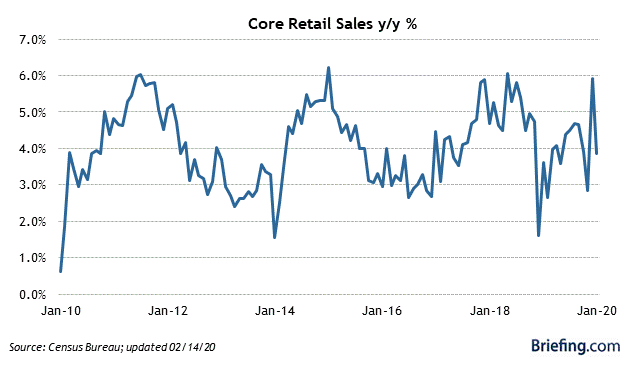 Warmer weather and Boeing's (BA) production issues were largely responsible for the 0.3% decline in industrial production for January. The year-over-year rate is now a decline of 0.8%. Utility output fell 4.0%, while mining rose 1.2% and manufacturing declined 0.1%. The capacity utilization rate fell to 76.8%, which is 3.0% below the long-term average. 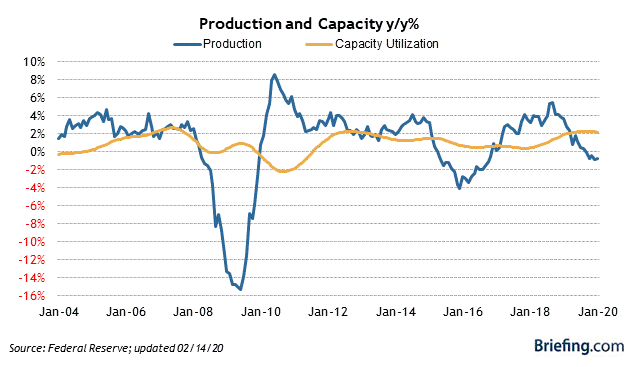 I have been tracking the corona virus every day with a great deal of concern. It is a concern that doesn't seem to be shared by the market. Pundits have been asserting that the daily new highs for the stock market were partly a function of the belief that the virus was being contained. The rate of infection was slowing each day, so buy, buy, buy! Then we had an abrupt surge of 15,000 new cases. The market took a dip in the morning, but turned positive again by afternoon. In order to have a relief rally, you must have suffered to a certain extent so that there is something to be relieved from. That never happened.

Most of the economic data points that support the upturn in global economic activity have been covering periods prior to the impact of the virus. We are due for a rude awakening when February numbers are released. Hopefully the number of new cases and deaths will be declining by then. More importantly, the virus will not have spread meaningfully outside of China. If we don't see improvement when the next series of economic data points hit the markets, look out below. 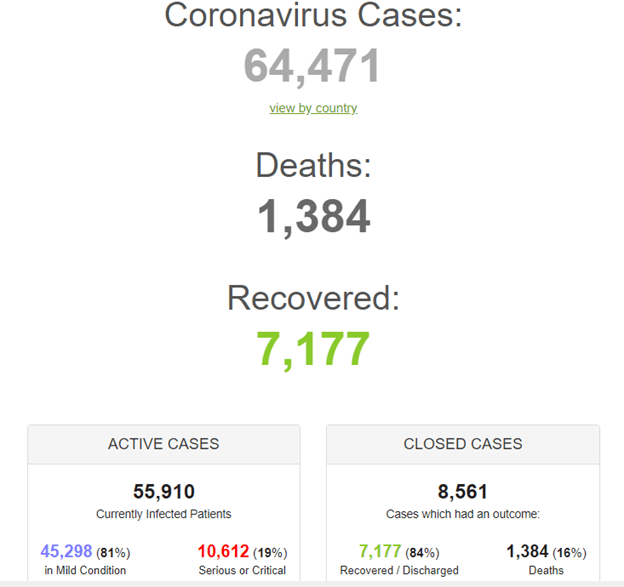