Few days ago, we've touched upon the unbelievable move down in yields on Greek (GREK) government debt. Although there's nothing similar among the western world to that crash of yields on those "ouzo bonds", falling yields isn't only a universal phenomena, but it's reaching unprecedented levels that (in turn) are going to lead to unthinkable outcomes.

In case you've missed that, last week the US has issued a new 30-year Treasury bond with a yield of only 2.06% - the lowest yield ever. 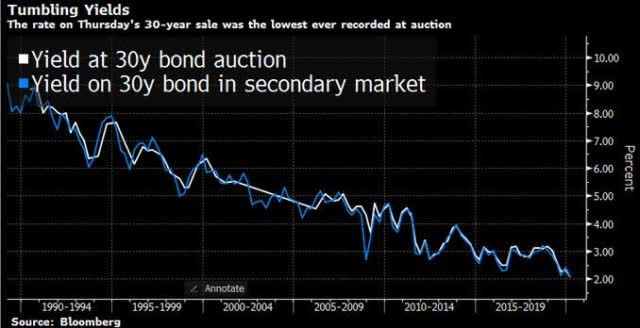 Nevertheless, it's important to note that the US issuing a 30-year debt at the lowest-ever yield doesn't correlate with the lowest yield such debt has traded at. As a matter of fact, US 30-year yield already dropped below the 2% mark few times in recent months.

I don't know about you, but getting 2% a year for a bond that I need to hold for 30 years (in order to secure this 2% yield) isn't a deal I consider attractive. 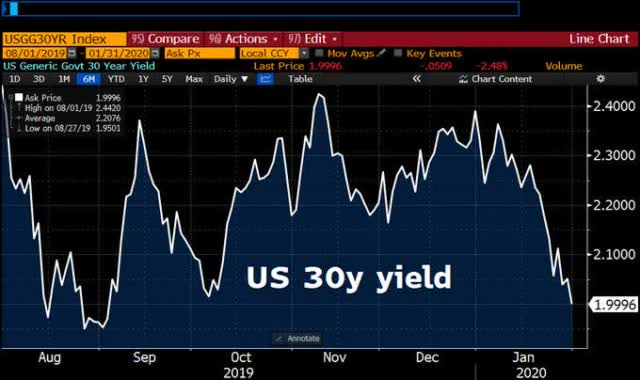 Many investors don't understand how great is the risk embedded with holding such a long-duration debt. 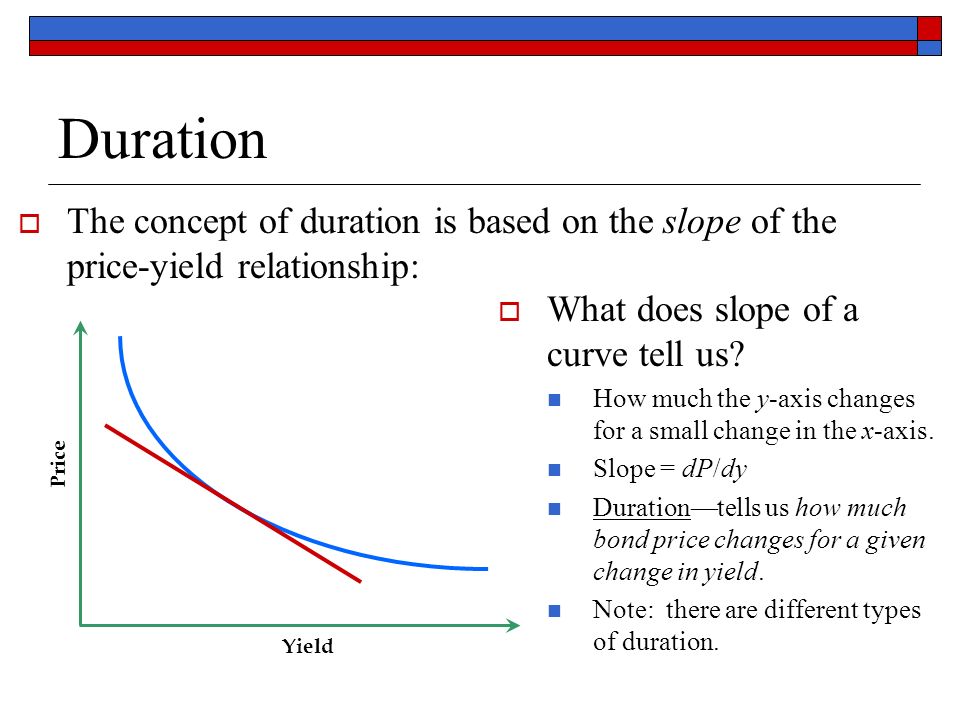 On one hand, you have examples like the Austrian century bond (EWO), or even Greek 10-year bond, where investors have made huge gains. On the other hand, you have the Argentinean century bond (ARGT, AGT) that shows you how dangerous - and harmful - long-duration can be when things don't exactly work the way you've anticipated. 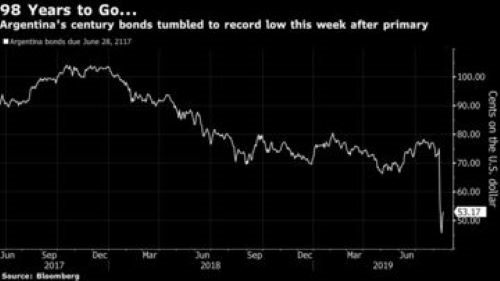 Sure, the US is not Argentina or Greece, and a 30-year bond has a much shorter duration than a 100-year bond. Nonetheless, when you buy a "safe" asset like a US debt, you expect the price to hold up quite steadily, right?

Trust me when I say that if and when yields move higher, it would be of little consolation (for you) knowing that you're down "only" 20% on your US 30-year bond instead of 60%, as could be the case had you been holding a century bond (even one issued by Austria) when yields move up only 1%.

Investors are still earning an extra of almost 2% when they buy 30-year US Treasuries (TLT, SPTL, VGLT, IEF, IEI, SCHR, VGIT) compared to German (EWG) Bunds with a similar tenor. This spread is off the highest 2.4% level we've seen few months back, however it's still well above the historical average. 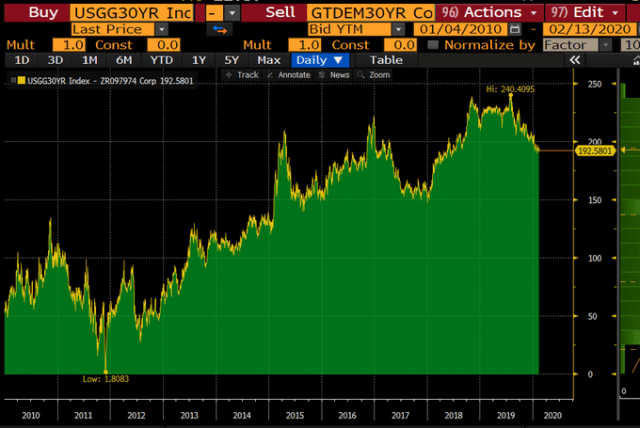 The funny thing is that this unthinkable low yield is coming at a time when the US is issuing more and more bonds, lifting both the absolute (total debt) and relative (debt/GDP) debt levels to new-historic highs. 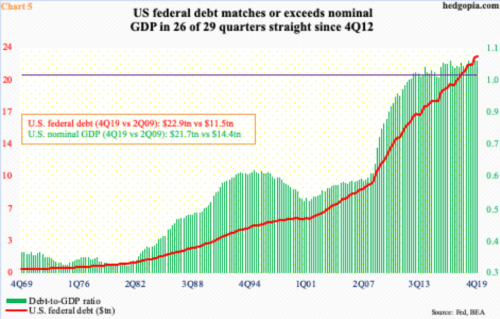 That historical low yield on the 30-year isn't happening in a vacuum. The entire credit market is currently full with unprecedented data/numbers. 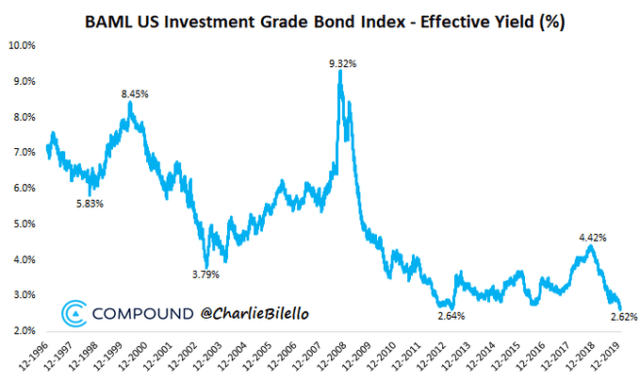 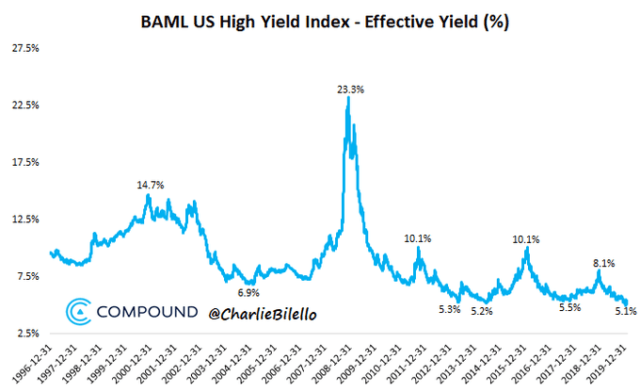 Many investors are living in some sort of an illusion, thinking that the phenomenal yields that bonds have been delivering in recent years are the norm.

That's not only an irrational thinking, but it's actually a near-impossible outcome, mathematically. 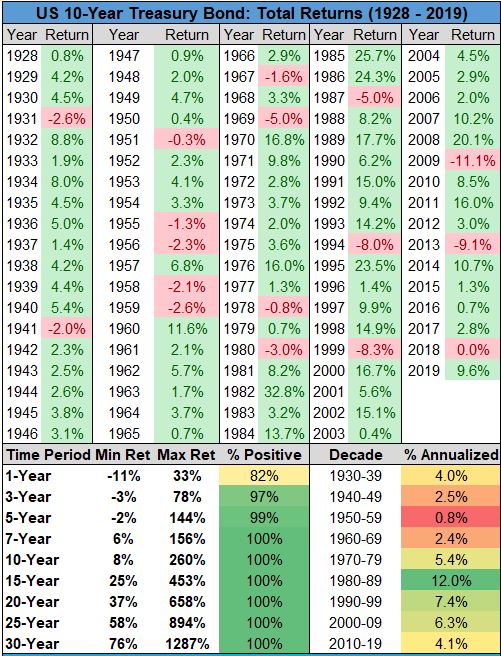 Sure, from time to time, there can be a year that delivers an outsized return even on US Treasuries, however that's neither the norm, nor the expected outcome when the rates/yields going forward are as low as they are today.

The latest round of interest rate adjustments has seen the following countries reducing their benchmark rates:

This latest move by the Mexican central bank has brought the total number of interest rate cuts since the Lehman Brothers bankruptcy to 800!

Looking back at the last year we've seen the following central banks cutting rates (sorted from the largest to the least aggregate cut): 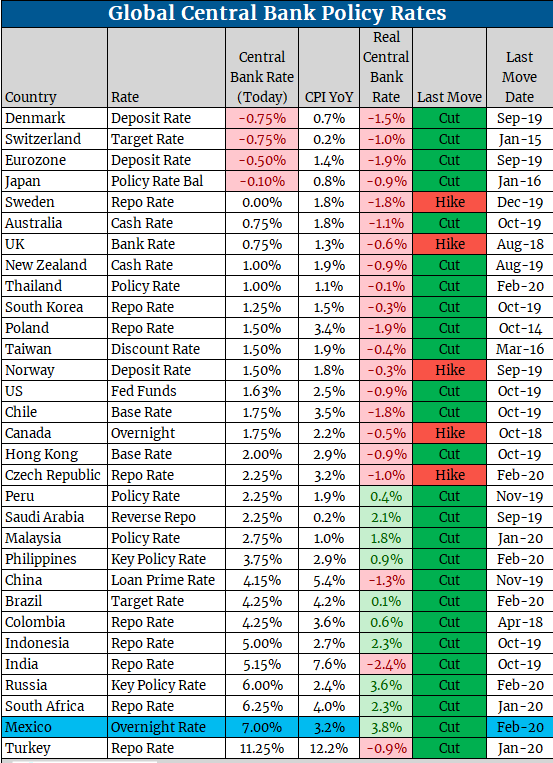 Thing is, when you look at the current yields offered by leading bond ETFs - there's much reason/substance to be hopeful when it comes to future returns.

Take, for example, the yield on HYG, the largest high yield bond ETF, which is now only 4.46%. That's low. Very low actually. 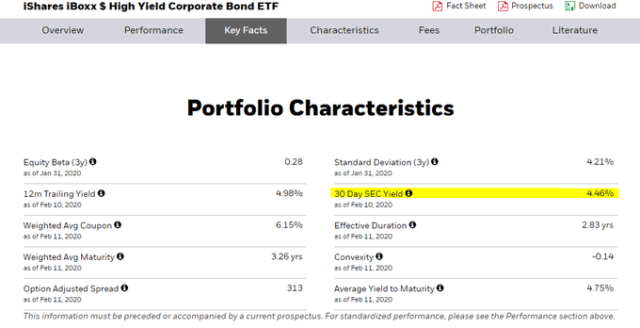 To put things into perspective, in 2007 you were earning on cash a higher yield than what the HYG currently offers.

These extremely low yields are coming at a time when inflation seems to start raising its head (although it's too soon to make this a conclusion/trend of course). 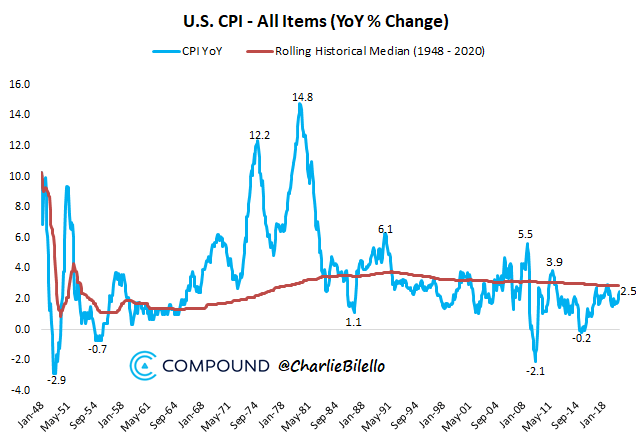 Again, it's way too early to assume that inflation is going to rise meaningfully from here, but when the real rate (=nominal yield minus inflation) on HY is already below 2%, investors have to ask themselves what type of return they can realistically expect from these types of instruments going forward.

Believe it or not, but the entire US Treasury yield-curve is currently trading below the inflation rate for the second time in history.

When was the first time? Not too long ago - in late 2016, at the beginning of the Fed's short-lived tightening cycle.

This time round, the Fed isn't alone, as central banks are easing globally in a typical late-cycle environment. 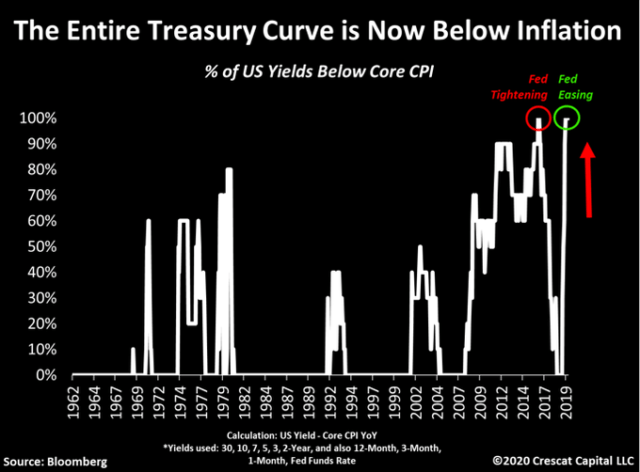 Based on current inflation rates, across the globe, here are the real rates of various countries, as measured by the 10-Year yield minus inflation rate (from the most to the least negative real rate):

And if the low yields, higher inflation rates, and negative real rates aren't enough to scare you off, how about the massive amount of money that is still pouring into these bonds?

According to BofAML and EPFR Global data, we've just seen the weekly period with the biggest inflow, into bond funds, ever!

Bond funds have absorbed $23.6 (left chart below), bringing the annualized pace of 2020 closer to $1 trillion mark (right chart below).

For now the "everything rally together" narrative remains intact: US stocks are up, bond yields are down, and the yield curve keeps flattening.

Nonetheless, this confusing narrative won't (and can't) go on like this forever.

The bond bulls who keep pouring billions into all kinds of debts (or those that don't find anything else to do with their money) are expecting the US Treasury 10-year yield to fall to (or closer to) zero. 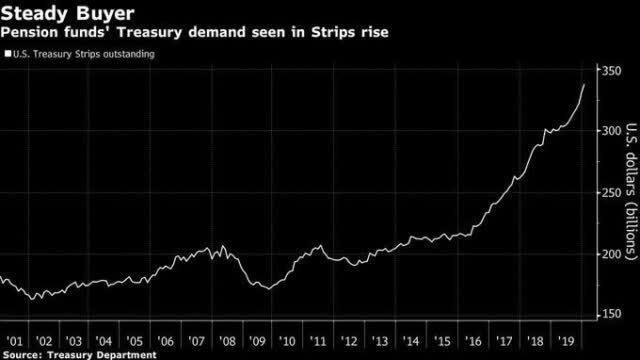 The bears are looking at the ~$13 trillion pile of negative-yielding debt, making a simple math, and reach a conclusion that the potential loss is enormous, and not only on debt with sub-zero yields (where the loss, if the bind is held to maturity, is certain.) 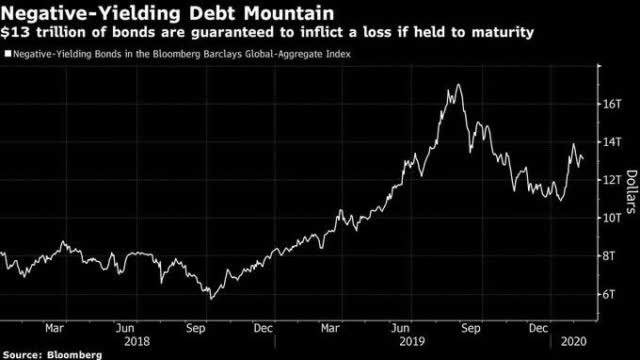 We've already pointed out at a few disturbing/unreasonable developments across the credit market that prevent us from buying bonds these days.

Sure, there are always exceptions - single opportunities that catch our attention, and money. Nevertheless, as an asset-class, this isn't only bubble, but this is a bubble that may burst sooner than the "at least few years ahead" that many bond investors currently anticipate.

That, of course, if they see a bubble in the first place, and/or anticipate this bubble to burst at all.

As far as we're concerned, no matter how long the list of "Unthinkable" becomes, it remains a list that we also refer to as "The Untouchables", and not in a good way as the below fellas represented. 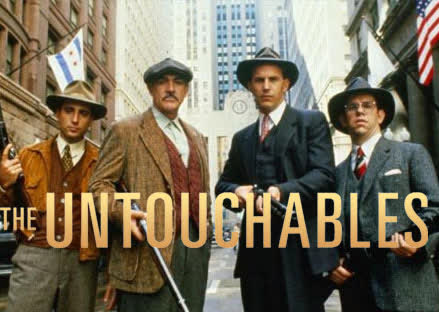 We demonstrate portfolio and risk management, in a simple and relaxed manner.

MTF is your perfect solution if you're looking for an ongoing, professional, trusted, affordable guidance, especially with little time on their hands.

The Macro Teller
1.83K Followers
Author of Macro Trading Factory
Looking to outperform the SPY on a risk-adjusted basis, in a relaxed manner

Welcome to my profile and thanks for stopping by!

2. TFT and TMT are the same person. It's due to SA policy that we need to open two profiles in order to run two services, but rest assured we don't suffer from schizophrenia (as of yet)...

TMT is an account that represents a business which is mostly focuses on portfolio- and asset- management. The business is run by two principals that (among the two of them) hold BAs in Accounting & Economics, and Computer Sciences, as well as MBAs. One of the two is also a licensed CPA (although many years have gone by since he was practicing), and has/had been a licensed investment adviser in various countries, including the US (Series 7 & 66).

On a combined basis, the two principals lived and worked for at least three years in three other-different countries/continents, holding senior-managerial positions across various industries/activities:

The people who work in and for this business are an integral and essential part of the services that we offer on SA Marketplace platform: Wheel of Fortune, and Market Trading Factory. While TMT (or TFT for that matter) is the single "face" behind these services, it's important for readers/subscribers to know that what they get is not a "one-man-show" rather the end-result of an ongoing, relentless, team effort.