At the beginning of this week, I wrote about Russia's reasons for abandoning the OPEC deal in an article titled "Why Russia Killed The OPEC Deal". It did not take long for Russia to explain its reasons in an exclusive interview for Reuters. Those investors who are seriously interested in the oil space should definitely read the whole Reuters material (it is short), while I'll focus on the main points and provide my commentary. We'll also look at what this means for the various segments of the oil industry.

The interview was given by Russia's deputy energy minister Pavel Sorokin. It is very important to keep in mind that such high-level officials are not in the business of providing market analysis and forecasts. Instead, they are providing their signals to the market.

Without further ado, let's look at the key points:

Let's go step by step. When Russia says that it is technologically challenging to adjust production, it says the truth - Russian oil is mostly extracted in unfavorable conditions. Let's look at the weather in Nizhnevartovsk, a city that was built for oil workers who developed the Samotlor field: 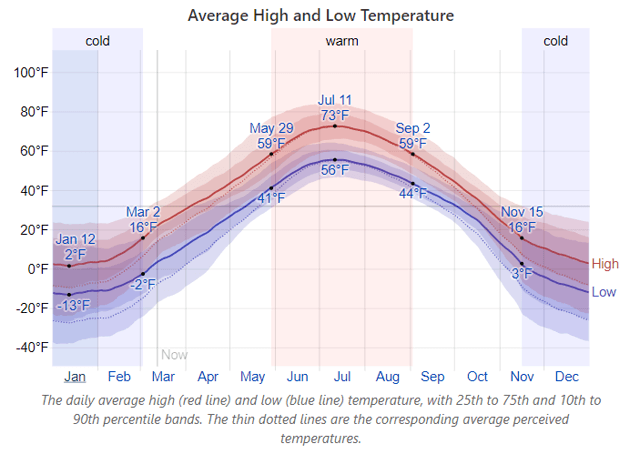 In cold conditions, it is technologically challenging to make downward adjustments to production, so Russia does not have too much room for maneuver unlike Saudi Arabia whose climate is completely different.

Once the production cuts are implemented and production reaches some stable level, keeping production at these levels does not require much efforts so Russia's offer to maintain the previous deal is not surprising.

Russia's cold climate is hardly news to anyone. The most interesting part of the interview is the "oil price forecast" part, which is, of course, not a forecast but a signal to other oil producers. The level of $45-55 will be sufficient enough to put an end to the growth of the American shale production and at the same time to balance Russia's budget. Also, the path to $45-55 is presented as a long one (since Sorokin does not expect oil to reach $55 in 2021), promising months of hard pain for higher-cost shale producers, especially those who are burdened with debt.

It is always challenging to read the political tea leaves, but in this case, objective facts seem to fit well into the subjective narrative - Russia is serious about sustaining low oil prices for a material period of time. So, what does it mean for oil-related equities?

Given the additional problems with coronavirus, both WTI (USO) and Brent (BNO) may find it hard to rebound from current levels and even carry additional downside risks, especially in case Saudi Arabia and UAE turn their stated intentions to raise production into reality.

The biggest hit comes to heavily indebted offshore drillers, which require higher oil prices for the much-needed upside in dayrates. Valaris (VAL), Noble Corp. (NE), Seadrill (SDRL) find themselves in a very challenging situation. The environment is a bit easier for Transocean (RIG) and Diamond Offshore (DO) but they face the same existential risks. Stocks of other drillers like Borr (BORR) or Pacific Drilling (PACD) will also find themselves under pressure despite the fact that they are already trading in the penny stock zone.

Shale players (both oil and gas) with debt challenges have also found themselves under pressure: Antero Resources (AR), Chesapeake Energy (CHK), Whiting Petroleum (WLL), Oasis Petroleum (OAS), SM Energy (SM), Extraction Oil & Gas (XOG) and the like. While such falling price charts may ultimately present a one-day upside opportunity for day traders, it is highly likely that the prolonged low oil price environment will force the weaker companies into restructuring.

Therefore, anyone willing to speculate will be safer doing such speculations in healthier players like Concho Resources (CXO), EOG Resources (EOG), Pioneer Natural Resources (PXD) - but keep in mind that there may be more room to fall, and that short sellers have not yet turned their attention to the healthier bunch - short interest in the above-mentioned companies is low.

Services - Schlumberger (SLB), Halliburton (HAL), Baker Hughes (BKR) - have already been materially punished. It is clear that the prolonged oil price downside will lead to a major drop in capex spending as companies will try to survive the downturn by cutting costs everywhere they can. Judging by current dividend yields of oil service players, the market tells us that dividends are unsustainable - and I agree with the market.

I maintain my view that the best opportunity will ultimately be presented by majors - Exxon Mobil (XOM), Chevron (CVX), BP (BP), Total (TOT), Royal Dutch Shell (RDS.A) (RDS.B). Dividend adjustments are certainly possible even in the case of majors since no one knows at this point how long the coronavirus problems will last. For those looking for a bargain, the ideal scenario will be to buy majors after a sell-off that follows a dividend cut. Currently, there's panic in the market (and generally in the world) so we may see times when hot heads will start talking about the ultimate demise of major oil producers - that would be the best moment to initiate a new position or to add to an existing one if you have decided to sit through thick and thin.

To sum it up: oil is getting hit by a double blow from the collapse of the OPEC deal and coronavirus containment measures. Currently, it looks like Russia is very serious about sticking to its new position and trying to deal a blow to the U.S. shale, both for political and for longer-term market share reasons. The situation on the coronavirus front gets worse day by day (when I say this I mean containment measures; I'm not an epidemiologist and I can't evaluate the biological impact of the virus and its potential spread) which is very concerning for oil.

When Brent oil visited sub-$40 territory back in late 2015-early 2016, it fell towards $30 for about five weeks. The rebound towards $40 took eight weeks, and oil traded near $40 for about four more weeks before it was ready to move to the upside. In total, it took oil about four months to get firmly back above $40. Given the current external shocks that did not exist at that time, it's hard to believe that oil will have a quicker rebound.

This is certainly the time of fear - and a time of opportunity. Manage your risks properly and good luck!

Vladimir Zernov
16.13K Followers
I'm a trader who trades both short-term and long-term. I started my career as a day-trader for a trading firm, but then turned to longer time frames and went on my own to manage my portfolio. I use technical analysis as well as fundamental analysis in my research.