Note: This article was written by Steven Bavaria and edited by Stanford Chemist. It was initially released to CEF/ETF Income Laboratory members on March 8, 2020. 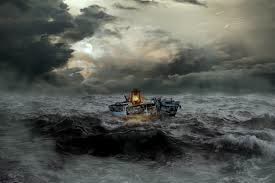 A key tenet of our Income Factory philosophy (see The Income Factory's 'Intellectual Underpinnings' (Why 'Income' Drives 'Market Value')) has been that “staying the course” during market downturns is both (1) financially effective because it grows our income stream faster than ever as we reinvest at bargain prices and ultra-high yields, and (2) psychologically and emotionally easier because we can touch and feel a “river of cash” that continues to flow in even while the “paper value” of our portfolio (our “factory”) is depressed or dropping.

Underlying this philosophy is the assumption that whatever downturn we are experiencing, no matter how severe, will be temporary. In other words, that the “center will hold” and our political, financial and economic system as we know it, will survive and bounce back.

So just to be clear, I'm assuming – as I did when I chose to remain fully invested in 2007-2008 – that “this too will pass” and the great majority of the companies and other entities whose securities we buy will survive, even if many of them have to hunker down and take extraordinary measures to survive whatever challenges or crisis presents itself in the weeks or months ahead.

In the “great crash” of 2008, the default rate for American companies was about 10%. For secured lenders to those companies (i.e. banks and other institutions like CLOs that held that debt) the loss to their portfolios was about 2.5%. Wait, you say, how did the default rate reach 10% and the portfolio “hit” to investors’ returns was only 2.5%? The magic of collateral security. For decades, recoveries to investors on senior secured loans that default has been about 75% on average, which means your loss on each defaulted loan is 100% minus 75% recovered, or 25%.

So, if 10% of the loans default, and you lose 25% on each one, your portfolio loss is 25% times 10%, or 2.5%. If the remaining portion of your portfolio that was healthy and performing continued to generate interest at, say, 6%, it means that you could absorb the 2.5% hit from loan losses and still have positive cash flow for the year.

That's essentially what happened in 2008. Meanwhile, the payments that were flowing in (interest payments, principal payments and even the partial recoveries from the loans that defaulted) could all be re-invested in healthy loans that were at that time selling in the marketplace at 50 and 60 cents on the dollar. These new loans paid off in two major ways: (1) They immediately paid interest at a yield that might have been 6% measured against their par price of 100, but was more like 10% or 12% based on the actual discounted price of 50 or 60 cents on the dollar the investors had just paid for them; and (2) they generated an additional capital gain of 40 or 50 cents on the dollar when later on at maturity they paid off at par. 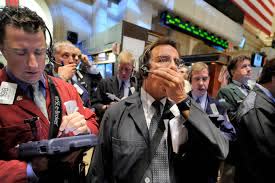 High-yield bonds (i.e. unsecured debt of the same cohort of companies that issued the secured loans just discussed above) offered investors a similar experience. Because they were unsecured (i.e. no collateral), when they defaulted high-yield bonds typically only recovered 40 or 50 percent of face value. That means the portfolio loss rate on the 10% of companies (the same 10% mentioned above) that defaulted would have been higher, because in this case it would be a loss of, say, 60% times 10% of the portfolio, or an overall portfolio loss of 6%, compared to a loss rate of 2.5% for senior secured loans.

But even a 6% loss rate would hardly make a dent in a portfolio of bonds paying an average interest rate of perhaps 7%. It would have wiped out most of the interest for that particular year, but the underlying portfolio would still be intact and able to continue churning out the same level of interest in future years that it was before the crash. But just like the loan portfolio, the incoming cash flow (interest payments net of write-offs, and principal repayments) would have been re-invested in new high-yield bonds at discounts equal to or in many cases even greater than the 50 -60 cents on the dollar available in the loan market.

Bottom line: Investors in the corporate credit markets who didn’t panic and sell out, but stayed invested in the markets, made out great and looked back on that decision as one of the smartest (or luckiest) we ever made in our investment careers.

Similarly in other asset classes. Given how other markets bounced back in 2009 and beyond, I believe investors generally, especially in equity markets, fared much the same way.

Threshold Question: Do we think the Coronavirus crisis will be better or worse than the Great Crash of 2007-2008? 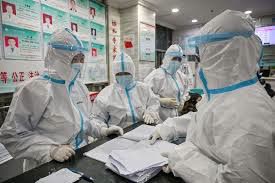 I'm assuming it will be less severe than the crash, but have no way to know that. But if it does turn out to be no worse than the crash of 12 years ago, then I see no reason not to hold tight and expect a similar result: i.e. (1) a period during which cash returns will largely hold up, paper losses will continue, and cash flows will be re-investable at bargain prices, and (2) an extended period where asset prices will eventually bounce back as market values catch up with the economic values (as reflected in above average yields).

Just because we decide to stay fully invested doesn’t mean we may not wish to review our portfolio and tweak it in various ways to maximize its performance both through the crisis and beyond. One of the reasons I do not just automatically re-invest dividends (“DRIP”) is because I like to make conscious, opportunistic decisions about how to invest new money. This allows me to take advantage of price changes, discount/premium changes on the closed-end funds (my favorite investment vehicle) that I own, and take advantage of other market trends or just try out new ideas.

Since all our portfolios, investment goals, risk/reward comfort levels, etc., are different, there's no particular strategy for "tweaking" that fits everyone, but here are some general ideas:

I think companies will pull out all the stops to survive whatever the coronavirus crisis throws at them. They will lay off workers, encourage people to work at home, suffer losses in the short run, pull down reserves, curtail growth, etc., but since management has stock, stock options, and other “skin in the game,” it will go to great lengths to service their debt and stay in business. This won’t help the stock much, which will languish, but the debt should be fine. In other words, the bet on the horse just making it around the track and finishing the race (i.e. the credit bet) should be the safer, easier to win bet during a period like this than a bet that the horse will excel and win or almost win (“win, place or show”), i.e. an equity bet.

Interested investors may wish to check out this commentary about the MLP industry from Brookfield, which owns CEN (a major MLP fund).

Or this recent report from Cohen & Steers on its MLP fund, MIE.

Or this one from the annual report of the Tortoise MLP funds, TYG, NTG, and TTP.

At the CEF/ETF Income Laboratory, we manage market-beating closed-end fund (CEF) and exchange-traded fund (ETF) portfolios targeting safe and reliable ~8% yields to make income investing easy for you. Check out what our members have to say about our service.

Disclosure: I am/we are long THE STOCKS IN THE PREMIUM PORTFOLIOS. I wrote this article myself, and it expresses my own opinions. I am not receiving compensation for it (other than from Seeking Alpha). I have no business relationship with any company whose stock is mentioned in this article.