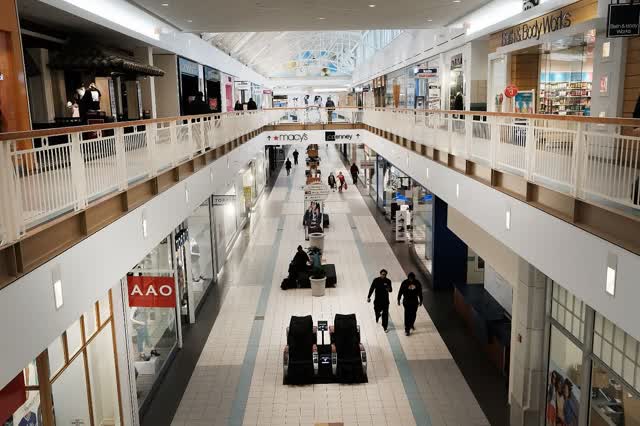 Shopify (NYSE:SHOP) shares have dropped by 37% from their YTD highs as investors worry about the impacts of Covid-19. The shares have fallen by 14% this year, which is slightly better than other momentum stocks. The closely-watched USA momentum factor ETF (MTUM) has fallen by more than 20% this year. The company has also performed better than the S&P 500 (SPY) and Nasdaq (COMP), which have fallen by more than 25%.

Regular readers are aware that I am a close follower of Shopify. After staying in the sidelines for almost a year, I bought the company’s shares in September last year, as I explained in this article. I decided to exit my investment in February ahead of the company’s earnings report. I explained my reasoning in this piece. In this report, I will explain why I am seriously considering buying the stock once the situation in the market stabilizes. 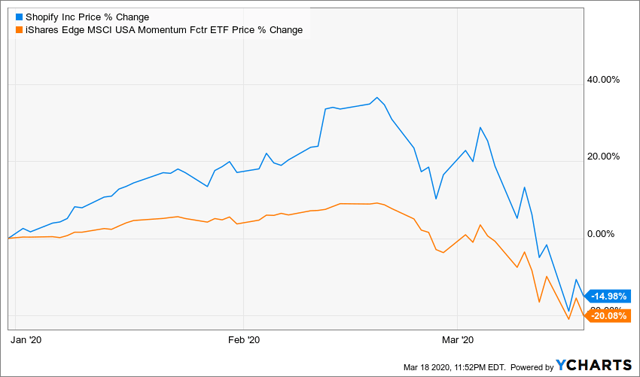 When I wrote my previous article, I expected that Shopify would have a challenging quarter. I was wrong. The company’s revenue grew by 47% to $505.2 million, which was driven primarily by the Merchant solutions. The segment grew by 53% to $322 million mostly because of the acceleration of Shopify Capital. The subscription solutions grew by 37% to $182 million. The company attributed this growth to its international growth, the Shopify Fulfillment Network, and its acquisition of 6 River Systems.

The macroeconomic environment has changed in the past few months. The Covid-19 illness has continued to spread around the world, leading to the shutdown of cities and countries. The impact of the illness will be dire. In an interview yesterday, Mohammed El Erian said that the current crisis could turn into a depression. Barron’s thinks so too. Meanwhile, analysts at Goldman Sachs (GS) see the economy contracting by 5% in the second half while those at Deutsche Bank (DB) expect a “severe recession” in the first half of the year.

As with all companies, Shopify has been affected by the current crisis. The company has encouraged its employees to work from home and given them $1,000 to spend. Still, judging by history, I expect Shopify to weather this storm better than most companies.

The primary reason for this is that I expect more global layoffs in the US and around the world. Steve Mnuchin, the Treasury secretary, has warned of a potential 20% unemployment rate unless Congress passes a large stimulus package. Even with stimulus, I expect many industries like airlines, cruise lines, and energy companies to lay off a substantial number of their employees.

At the same time, I expect that most of these people will turn to entrepreneurship to substitute their income. Some will try drop shipping while others will start selling their creations online. This is an opportunity for Shopify, which has a complete suite of products to help them launch, run, and manage their businesses.

History is on Shopify’s side on this. History shows that the number of businesses started in the US tend to decline immediately after a recession. However, this tends to end reasonably faster as the economy starts to recover. As shown below, business applications declined during the great recession, and the number started to rise as the economy recovered. 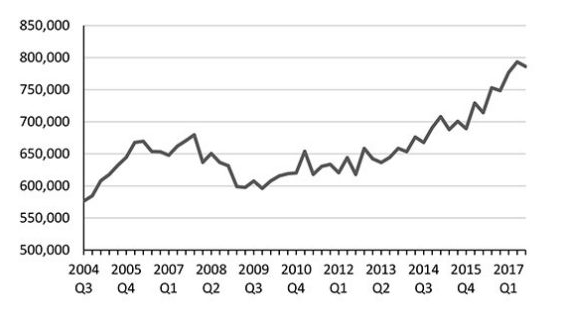 Shopify will not only benefit from the new businesses that I expect to be launched, the company will benefit from already-existing local brick and mortar stores that had not embraced online shopping. Most of these companies are suffering as more people stay indoors. Consequently, I expect these companies to start embracing e-commerce as a measure of diversifying their businesses. Therefore, the company will continue adding more companies to its ecosystem. As of the last quarter, the company has 1,069,000 members, which is a bigger number than the 144k it had five years ago.

Another catalyst I foresee is where the company’s gross merchandise volumes increase as more people stay and work from home. Just in the last quarter, the company’s GMV rose by 52% to more than $8.9 billion. I expect the GMV figures to continue rising as more people in the core markets embrace social distancing. A study by Coresight Research has found that more people are likely to avoid public spaces. Most malls and retail centres have also started to see less traffic, which I expect will be a catalyst for companies in the Shopify ecosystem.

After looking at the company carefully, I believe that its growth can help to justify its premium valuation. The company has become the second-biggest e-commerce company in the United States after Amazon (AMZN). It has also continued to add more services like fulfillment that other smaller players cannot match. In other words, the company has created a large moat that will be difficult for other companies to match.

This is reflecting on the company’s growth. In the fourth quarter, the company’s revenue grew by almost 50%, which is an incredible number for a company of its size. Most importantly, most of this growth was organic and not attributed to its 6 River Systems acquisition.

In 2020, the company expects its revenue to grow to between $2.13 billion and $2.16 billion. This will be a growth rate of more than 37%. The company also expects to break-even this year. Even with the current pandemic and because of the growth factors I have mentioned above, I expect the company to do significantly better than that.

Shopify stock has dropped by about 37% from its highest point of the year. This was an expected move as the coronavirus pandemic continues. I expect the pandemic to have many casualties, such as companies in the retail, energy, and cruise industries. At the same time, I expect the number of cases to start declining in the US as the government continues to promote social distancing. I also expect many companies to do better as the pandemic continues. Shopify is one of them. In the meantime, I expect the stock to retest the important support of $300 as the volatility continues before it starts to soar.

Crispus Nyaga
3.33K Followers
I am a financial analyst specializing in the technology, consumer, and industrial stocks. I operate a private office in Nairobi that invests in American and European equities. I am also the founder of rkdream.com, a financial media platform. Fellow contributor, Stella Mwende is one of my colleagues.

Disclosure: I/we have no positions in any stocks mentioned, but may initiate a long position in SHOP over the next 72 hours. I wrote this article myself, and it expresses my own opinions. I am not receiving compensation for it (other than from Seeking Alpha). I have no business relationship with any company whose stock is mentioned in this article.