We are upgrading our rating on British American Tobacco from Neutral to Buy, after the share price fell to its lowest level (in $) since 2010.

At 2,540.5p, the Dividend Yield is 8.3%, which with even a low-single-digit EPS growth and no re-rating gives a low-teens annual return.

We are reassured by the recent trading update; there is little impact from the jump in the U.S. Dollar, and little liquidity or refinancing risks.

Covid-19 has a "minimal" impact to date, will have a limited long-term effect, and may even help slow competitive and regulatory headwinds.

The shares are particularly attractive as global growth slows for the next 12-18 months, and an upward re-rating can give a 20%+ annual return.

(We previously wrote about tobacco stocks as "Blue Sky Capital")

We are upgrading our rating on British American Tobacco (BTI) (referred here as "BAT") from Neutral to Buy, after the shares fell to their lowest level in U.S. Dollars since 2010. Since February, shares have fallen 27.8% (in $), 800 bps worse than Buy-rated Altria (MO) and Philip Morris (PM); Imperial Brands (OTCQX:IMBBY) remains the worst performer, as we predicted:

Our upgrade on BAT is largely based on valuation - the shares are now sufficiently cheap, with an 8.3% Dividend Yield that will generate a low-teens annualised return even if EPS growth were to be low-single-digits as we feared. We are also reassured by BAT's recent trading, with only "minimal" impact from Covid-19, limited impact from the jump in the US Dollar, and little liquidity or refinancing risks. Finally, we believe that, with global growth now sharply lower due to Covid-19, BAT's stable earnings become far more attractive by comparison.

We cover each of these reasons in more detail below.

The carnage in equity markets in the last few weeks have affected tobacco stocks, with Altria, BAT and Philip Morris now all trading on high-single-digit Dividend Yields and 10% or higher Free Cash Flow ("FCF") Yields:

BAT has a similar EV / EBIT multiple to Altria (8.8x vs. 8.6x) before adjusting for minority stakes; after adjusting for these stakes, BAT's EV / EBIT is 1.5x higher. Investors may have further discounted the value of Altria's stakes in Anheuser-Busch InBev (BUD), Cronos (OTC:CRON) and Juul:

While Covid-19 is having a dramatic effect on economic activity, cigarette consumption appears to have continued as before, as confirmed by BAT's trading update at its investor day last week.

"Our business is resilient and is supported by a geographically diversified supply chain from both a manufacturing and distribution standpoint. As yet, we have seen no material impact … we have seen limited impact to date on consumer demand for cigarettes (outside the Duty Free channel, which is not material)"

Indeed, management specifically referenced Italy and France, two countries in lockdown, as markets where they "didn't see any changes".

Management also reaffirmed its financial outlook, including a high-single-digit EPS growth rate (excluding currency) for both 2020 and the medium term. This will be helped by a further phase of the Project Quantum restructuring program, with £1bn in annualised savings planned for 2020-22:

On dividends, management reiterated that BAT is "absolutely committed" to the 65% Payout Ratio, "with growth in sterling terms":

While we are cautious on whether BAT can achieve its earnings growth target (see our previous articles), we believe low-single-digit EPS growth is attainable. BAT has historically managed at least low-single-digit EBIT growth (and higher EPS growth thanks to leverage), though we believe some of its businesses are now facing more challenging environments:

BAT shared some good news on its Next Generation Products ("NGPs") at investor day, for example, its market share gains in the U.S. e-vapor market (shrinking since late 2019), especially in devices:

In e-vapor, BAT management stated that it is leading in all key markets outside the U.S., including the U.K. and France. In Tobacco Heated Products, BAT acknowledged that its performance has been disappointing; it is making changes, and now aims to be a "strong #2" rather than a "distant #2".

While we are cautious on BAT's NGP efforts, the fall in Juul's market share in devices indicates a reduction of the competitive headwind for BAT in the U.S.

The impact of NGPs on cigarette volumes may be further reduced by Covid-19, because NGPs tend to rely on "high-touch", including face-to-face, sales efforts and also have more complicated supply chains. In its investor day update, BAT has stated the team "have postponed certain launches" and "are seeing some disruption in activation" in their NGPs. We also note that Altria's efforts in IQOS in the U.S. have involved retail stores, mobile pop-up units, 100 trained guides, etc., all of which will be disrupted by Covid-19.

Regulatory initiatives to ban menthol and reduce nicotine levels in cigarettes, long part of the bear case for BAT, has also become marginally less likely due to Covid-19 in our view, given the pressures that legislators and government agencies are already under; regulators may also think twice before they introduce measures that put further pressure on already-stressed retailers.

The large currency moves in the last few weeks, including a jump in the U.S. Dollar, will have only limited impact on BAT.

There have always been some concerns around BAT's high U.S. Dollar debt and high Emerging Markets ("EM") exposure - BAT has more debt than EBITDA in U.S. Dollars, as well as substantial EBITDA exposure to EM currencies. However, the U.K. Pound provides some offset, being 15-25% of its debt but only a minimal portion of its EBITDA, and having fallen substantially:

The U.K. Pound is BAT's reporting currency. Compared to 2019 averages, the U.K. Pound has fallen 8.9% vs. the US Dollar, and 4.5% vs. the Euro, and these are approx. 60% of EBITDA. However, the benefit of these are offset by the falls in the Australian Dollar as well as in EM currencies (the Brazilian Real, the Russian Rouble, the South African Rand) (each 3-5% of group EBIT):

As stated at the investor day, the net effect of all these is a headwind of less than 1% for EPS growth in 2020. Management also reiterated the target to reduce Net Debt / EBITDA to less than 3x by 2021 year-end (but did not repeat the previous outlook to reduce it to less than 3.2x by 2020 year-end, to give further flexibility).

No Liquidity or Refinancing Risk

While the long-term impact of Covid-19 is hard to predict, it will likely no more reduce the number of smokers than it will other groups.

However, in the U.S., BAT's largest market, the population is not particularly weighted towards older people. Smoking rates are actually similar for the 25-44 and 45-64 age groups; the over-65s actually are less likely to smoke:

Therefore, U.S. Covid-19 deaths are not likely to be concentrated among smokers, even if they are more vulnerable to respiratory diseases. The impact on smoker numbers will likely be no higher than the overall mortality rate (reportedly 1-2%), even in the worst-case scenario of it infecting everyone.

We expect this to also hold true for most other BAT markets, especially EM countries with younger populations, but with some limited exceptions like Italy.

We believe BAT shares can generate an annualised return in low-teens over the next 3 years in a conservative scenario, and 20%+ in more optimist ones. We demonstrate this by some illustrative calculations below. In each case, we assume a particular EPS growth rate, calculate the dividend based on a 65% Payout Ratio and calculate the share price from an assumed Dividend Yield.

Our base case is for a long-single-digit EPS growth, which with an 8%+ Dividend Yield and no re-rating will already give an 11.4% annualised return:

With global growth expected to be low in the next 12-18 months, BAT becomes relatively more attractive, and there is a meaningful likelihood of BAT re-rating upwards. If shares re-rate up so that the Dividend Yield is 6.5% rather than 8.5%, then the annualised return is 21.4% on the same EPS growth:

In an Upside Case, BAT delivers a high-single-digit EPS growth (as per management targets) and re-rate to a 5% Dividend Yield - in this case, the annualised return is 39%, and investors more than double their money:

With BAT shares having fallen sharply to 2,540.5p, the 8%+ Dividend Yield is enough to generate a low-teens annualised return for the next 3 years, even if EPS were to grow at low-single-digits and there were no re-rating.

We are reassured by the recent trading update; the company has little impact from the jump in US Dollar, and little liquidity or refinancing risks. Covid-19 has "minimal" impact to date, will have limited long-term effect, and may even help slow competitive and regulatory headwinds.

We believe BAT is highly attractive, given the lower growth expectations for other sectors over the next 12-18 months. There is a meaningful chance of shares re-rating upwards, generating a 20%+ annualised return; in the event BAT actually meets its targets, investors would double their money in 3 years.

We upgrade BAT to Buy.

However, we continue to prefer Altria for its non-EM franchise and better NGP line-up, and PM for its higher long-term growth and incremental IQOS upside.

Note: A track record of my past recommendations can be found here. 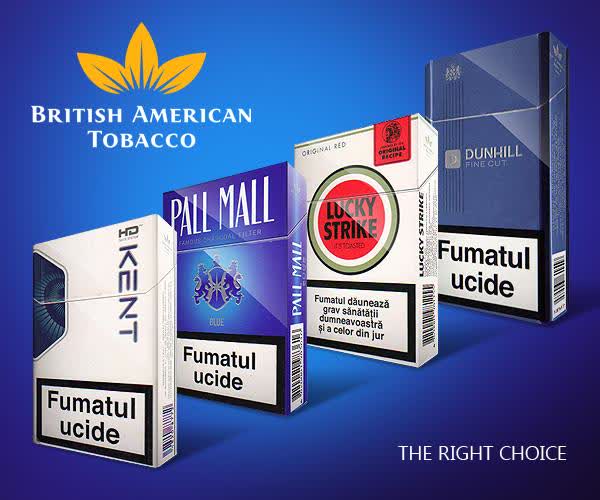 Disclosure: I am/we are long MO,PM. I wrote this article myself, and it expresses my own opinions. I am not receiving compensation for it (other than from Seeking Alpha). I have no business relationship with any company whose stock is mentioned in this article.

Follow Librarian Capital and get email alerts
+
Add a comment
Disagree with this article? Submit your own.
To report a factual error in this article, click here.
Your feedback matters to us!